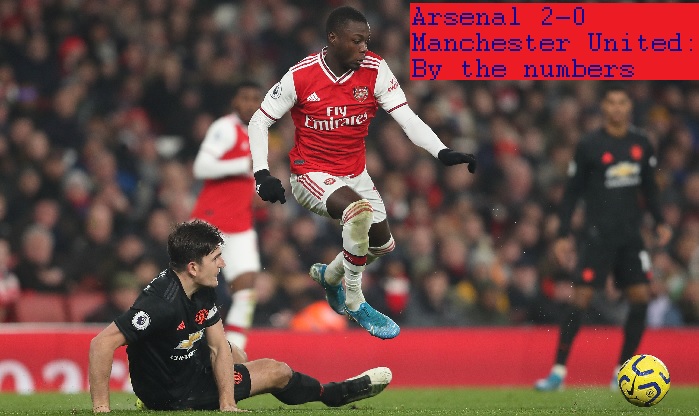 After a good first half performance against Chelsea, Arsenal were able to stretch that performance a further 45 minutes. This was easily one of Arsenal’s best overall performances of the season and a great way to start off 2020 and leave poor 2019 behind.

Arsenal 2-0 Manchester United: By the graphs 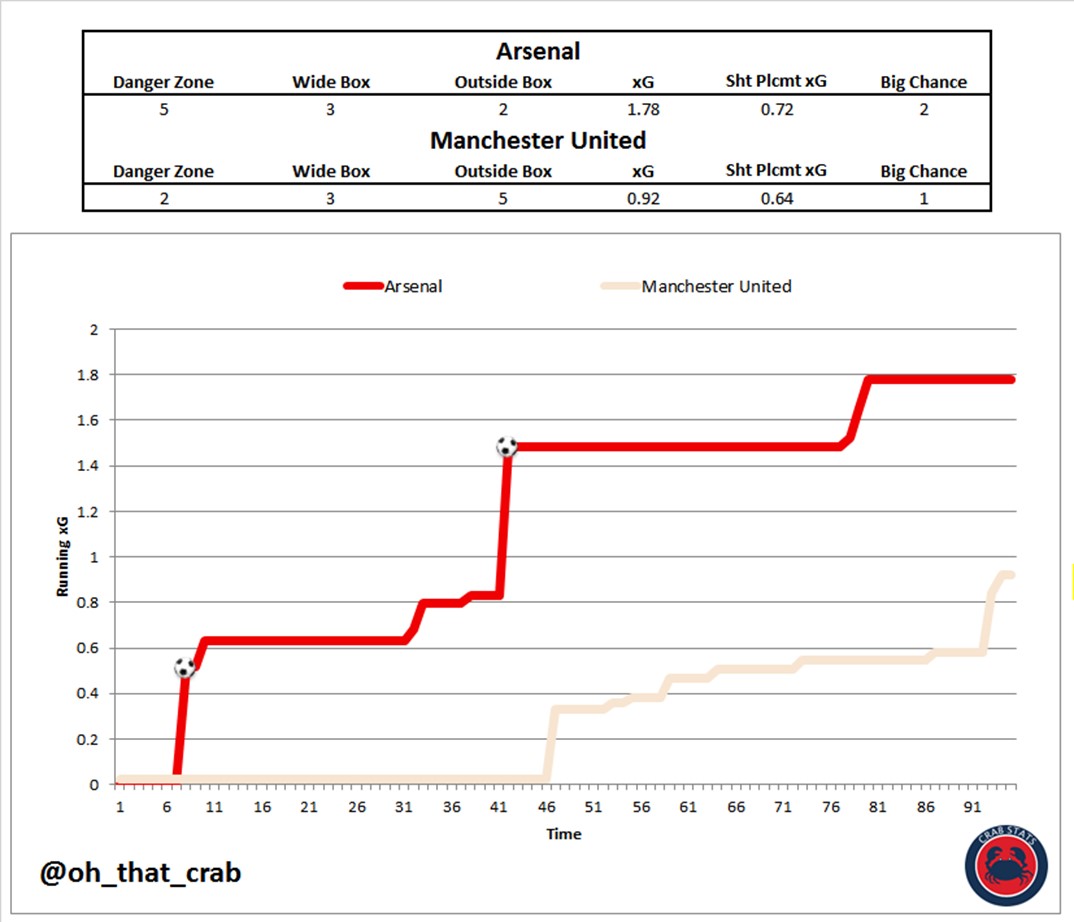 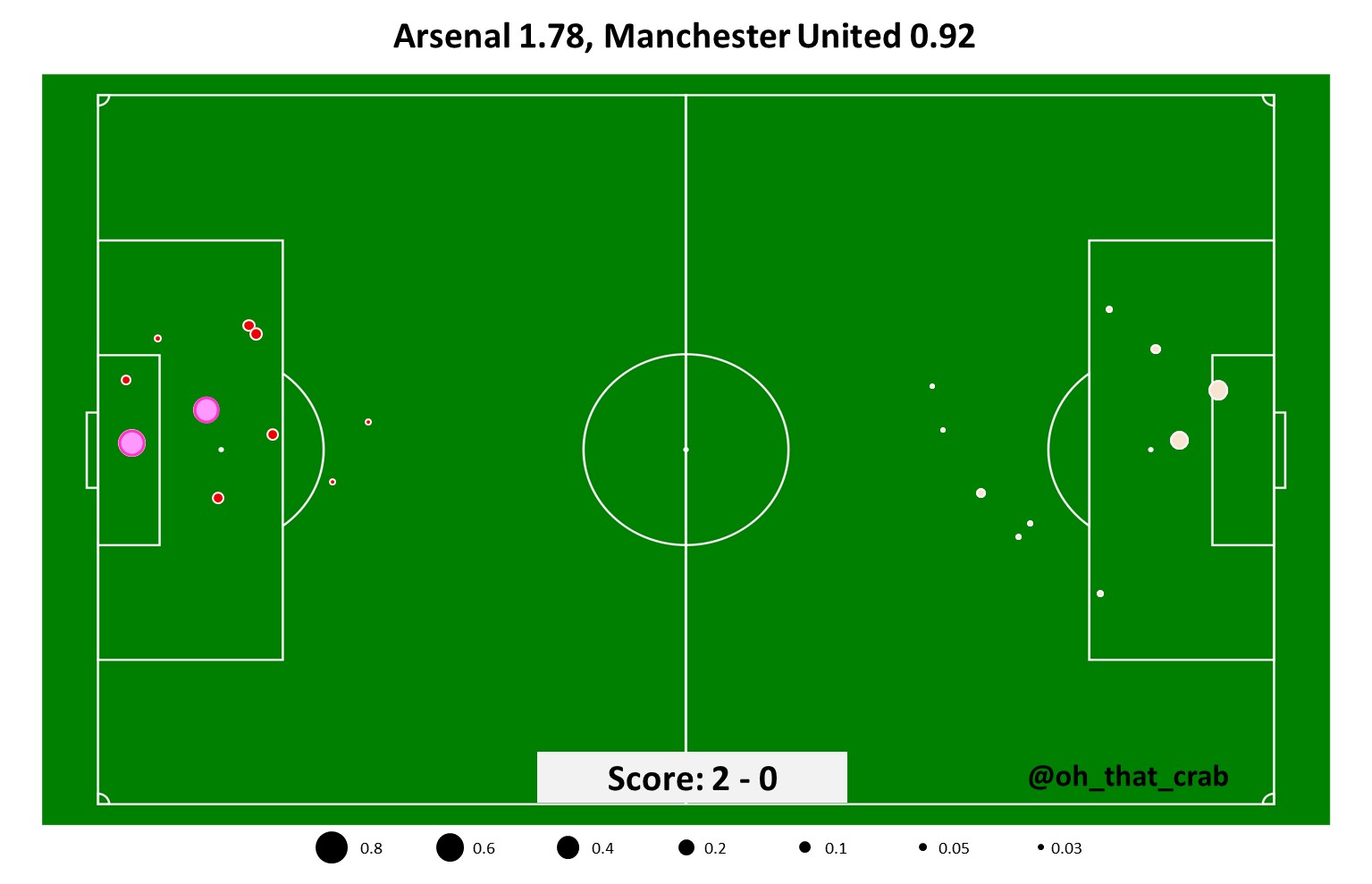 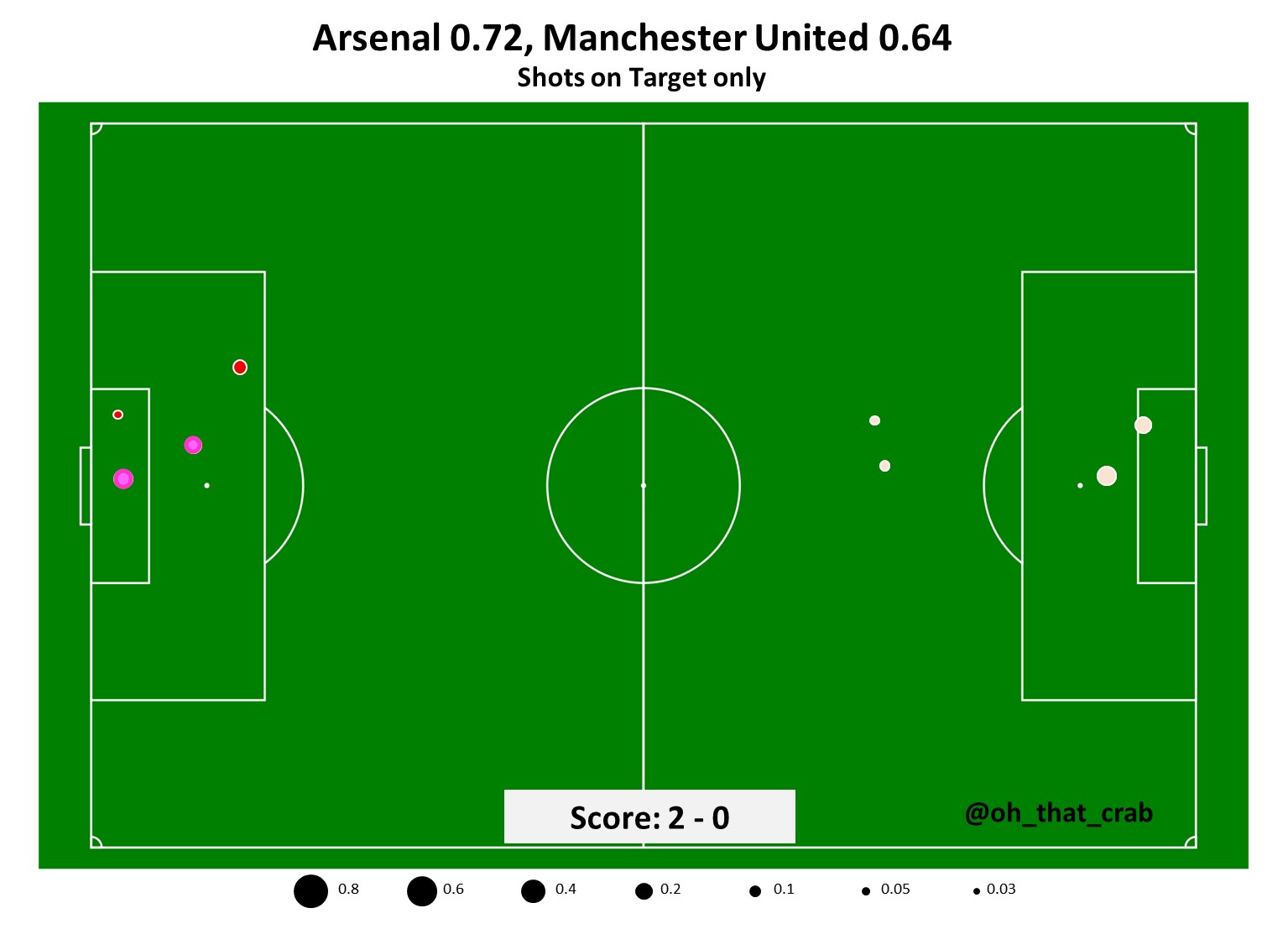 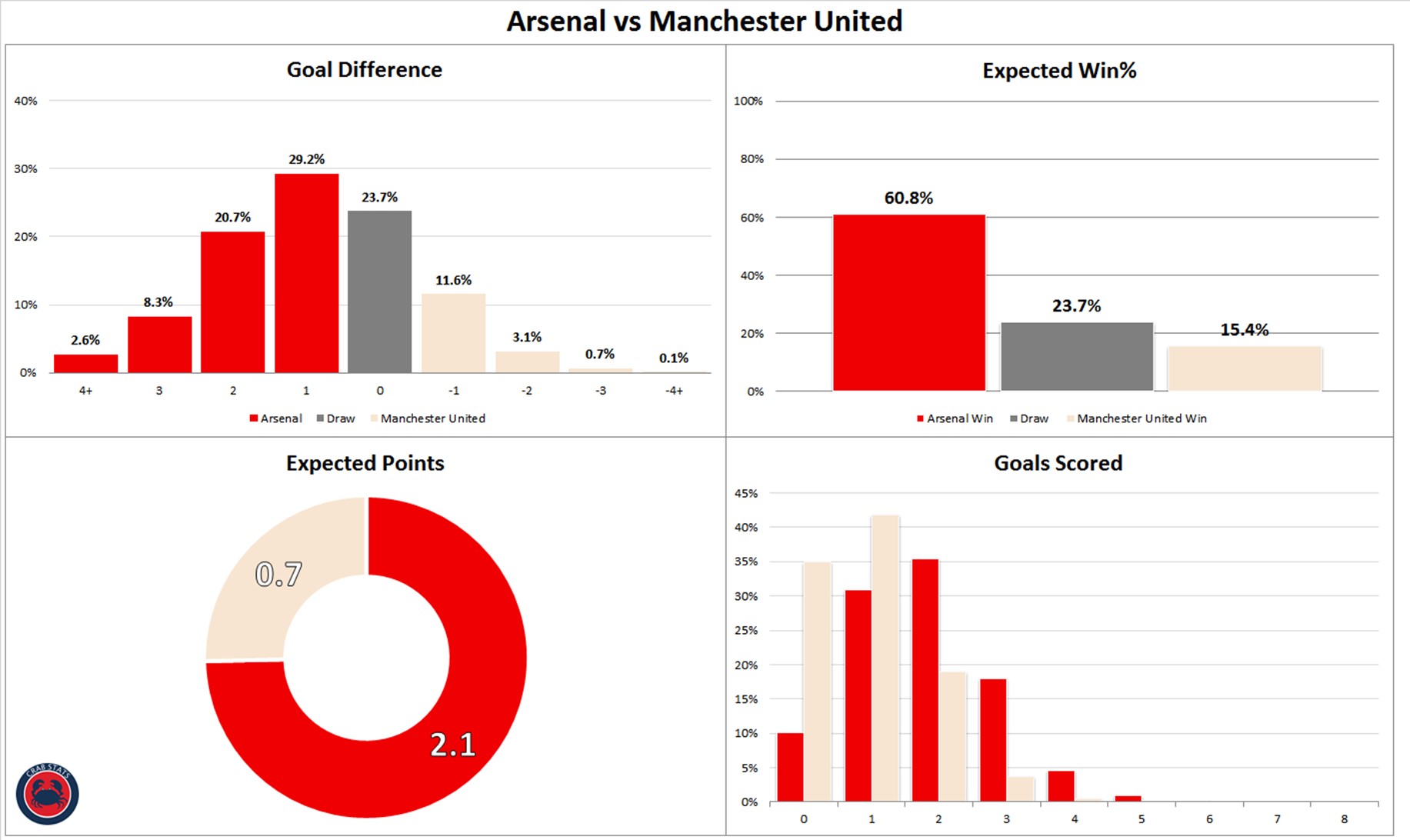 Arsenal 2-0 Manchester United: By the numbers

7 – Shots for Arsenal in the first half

2 – Shots for Manchester United in the first half

1.5 – Expected goals for Arsenal in the first half

0.33 – Expected goals for Manchester United in the first half

The trend of a dominating first half that we saw start against Chelsea continued against Manchester United. This was even better as the domination lasted the entire 45 minutes and during that period Arsenal were able to turn that control into a 2 goal lead that made the second half much more comfortable, even with the fitness levels not allowing for the same intensity.

0.55 – Expected goals, 2nd among all players (Sokratis with his goal and one shot had the highest overall total)

4 – Shots assisted, led all players including 3 from open play

4 – Passes into the box completed, 2nd on Arsenal

When Arsenal broke their transfer record to sign Nicolas Pépé, this was the type of performances that they imagined that they would be getting. After starting the first two matches from the bench for Mikel Arteta, Pépé responded to the chance to start with his best overall performance for Arsenal. It was a positive sign and a continuation of the performances that he had put in during his cameo performances, especially against Bournemouth. There was concern that he didn’t start right away under Arteta but hopefully this kind of performance can settle some of those worries.

Granit Xhaka continues to be a key player for Arteta

51 – Passes completed, 3rd most on Arsenal

He might not have had the flashiest of numbers, but this was another very good performance overall from Granit Xhaka. He helped set the tone and pace for Arsenal’s attack with has passing. He partnered well with Lucas Torreira to shield the back line and keep Manchester United away from the Arsenal defense. He has looked really good in the system and tactics that Arteta has implemented, with his strengths maximized while his weaknesses are given cover by other players. I know that he wants to leave but it would be unfortunate to see him go after the recovery that his play has shown over this short stint of playing.

A fantastic result and performance last night.
Terrible shame about Chambers though.
We will definately need to buy a centre back this month…

I am Gooner
Reply to  Leon

Genuine gutted for him.
Bit torn about igning a new centre back be ause I see C ham ers, Holding ( and Saliba) as our long-term cbs, but I quite understand the short term necessity.
Get well soon Chambers you beautiful chap.

Is recalling Saliba an option or no?

We still have Holding, Sokratis, Luiz, Mustafi. I know it isn’t great but with Saliba coming in the summer and Chambers out 6-9 months. I can’t see us signing a profile CB this break.

It’s a question of whether you think Arteta can work his magic on Mustafi, though imo evidence suggests he’s too far gone for a transformation. If not, 2 fit CBs and one recovering from injury (plus the massively out of practice Mavropanos) isn’t enough if we’re serious about getting a Champions’ League spot again.

Maybe a loan, unless we buy and hope that Mustafi actually will leave in the summer.

Interestingly it’s not as clear cut as I would have imagined. The last 3 matches have been arsenal’s 6, 2, and 10th most fouled matches this season.

Number 1 was against Manchester City and the other one tied for second was vs Southampton.

Arsenal were fouled 12.8 times per match under Emery. 13.2 under Ljungberg and so far have been fouled 15.7 times under Arteta.

Thanks for all that Scott! The last set of stats looks pretty clear cut to me. Significant percentage increase in fouls per game against us.

And yet against Man Ure we got the only yellow cards of the match.

Arteta seems to be able to find solutions that Emery could not.

I am starting to believe that he can make a structure in any way he wants to mask deficiencies and enhance strengths, based on any situation with the squad.

I don’t recall Pepe having a 100% pass rate. Just saying.

He had some misplaced first touches that may have looked like a pass ?

Rashford’s shot in the first min?