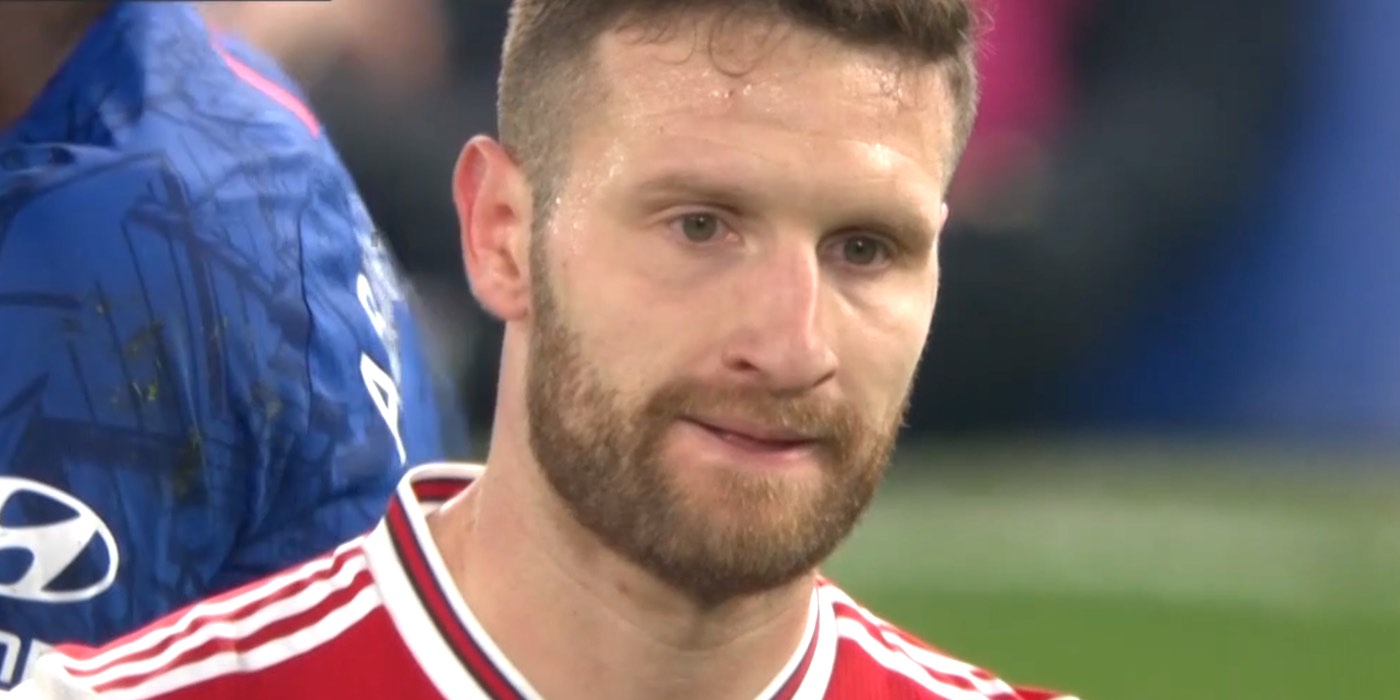 Mikel Arteta believes he can help Arsenal minimise individual mistakes but insists when they do happen his players must not stop playing.

The boss was speaking with reference to Shkodran Mustafi’s gaff at Stamford Bridge that forced a desperate last-ditch challenge from David Luiz that earned the Brazilian a red card and led to Chelsea taking the lead from the penalty spot.

Despite the game-changing error, the Mustafi went on to put in a decent shift at the back, which Arteta, off the back of a 2-2 draw, was quick to take positives from.

Speaking at his weekly press conference, Arteta said: “I worked with players like this, I had teammates like this, and there is always a moment where there is ‘a click’…you know?

“I can accept a mistake, no problem. What I can never expect is someone who makes a mistake and then stops playing … he doesn’t want the ball and doesn’t want to make decisions. That kind of player is not acceptable for our team.

“But Mustafi after that [the mistake] he tried to play every single time, he went for every challenge, he put his body on the line. He was down afterwards, yes, but he reacted. And if he does that, he will overcome the situation.

“I ask him to play the way we want to play, he made a mistake. Another day it will be somebody else. Obviously we want to minimise that as quick as possible and find the reason why that happens, but I liked his reaction.”

While Mustafi has a reputation for brain farts, he’s not exactly the first player this season to make a bad mistake trying something simple. Speaking from experience, Arteta believes he can help the German cut out such errors.

“Yes [I can help],” he said. “There are certain patterns that lead to those kind of scenarios, and the more of those patterns that we take away slowly that will decrease. I’m confident we can do that.”

Asked if it was a confidence issue, Arteta admitted it played a part, but it wasn’t the only reason, and when the issue of the 28-year-old’s future was put to him in the context of the club’s public willingness to let him leave last summer, the new manager seemed to leave the door open for him.

“While he is my player and he’s training with me of course [he has a future]. You know the plans in the summer were maybe different with him. I came here, his attitude is always right, he wants to help. He made a mistake, it’s ok, but I like more the reaction.

“I can’t control, maybe it’s Musti, the next day somebody else, or myself for sure.

“I don’t believe that at 28 you can’t improve certain aspects of the game, I really believe you can. It is my job to do that.”

Quite how Mustafi’s playing time will be affected by the imminent signing of Pablo Mari remains to be seen. As he’s a left footer, he’d likely be back-up/alternative for David Luiz, leaving the German, Sokratis and Rob Holding to compete for the place on the right hand side of the defence.

Perhaps the best way to minimise mistakes in your team is to use the players who make the least of them.

Sorry Mikel, another day, it will be Mustafi

Hmmmm… May be the idiom, “getting blood out of stone” Was said with a positive intent?

Happened too many times now

The lack of thumbs on here is very upsetting

Like opinions?
Everybody has tw… oh, right. Wrong euphemism.

Some times aren’t as important.

But the ones adding up to missing out on CL?
Cost the club revenue, prestige, better players here.

That was Emery & his useless team setup & tactics

God love ya’ Mikel.
You are quite the optimist.

What else can he say? Maybe somebody is thinking of buying him and we will want to squeeze as much value as we can out of him.
For me Mustafi is done, even if he strings some good performances together as soon as an error comes all the negativity will come right back.

Takes after a legendary Arsenal coach, who once took a team through a season unbeaten

But you’re not a brain surgeon Mikel

“I don’t believe that at 28 you can’t improve certain aspects of the game, I really believe you can. It is my job to do that.”

Wow Arteta’s words are so good and nice

Just got your tally decremented by one and it ain’t upset my dinner, lol.

It’s the age of the thumbs difference people!

Lo and behold I’m still being moderated…. Won’t give up on arseblog though ?

How to sell underperforming players 101.

How to inspire every player in a team 101

Best thing you could do (Mikel) is to let him go.

If he turns Mustafi around and gets him playing like he used to it will do the world of good for the morale of the whole team. Seeing him try will do them good anyway, even if it doesn’t work out. Giving up on him might well go the other way. Too much selfishness from a lot of Gooners. Like a pack of wild dogs after a sheep.

And I believeeeee! Oh Lord!

Thumbs up for the return of thumbs down 🙂

I can’t believe the thumbs have gone! Noooo

seeing the tallies for both positive and negative reactions helped show when the fan base was divided on a topic. 500 thumbs up and 501 down showed the level of engagement. Now it will just look like -1.

9 poos for the new design.

It’s all better now – relax, we’re just tweaking some things under the hood.

How dare you work through problems where we all live through it with you. What are you, a football club?

“I ask him to play the way we want to play, he made a mistake. Another day it will be somebody else.

Next time it will be Xhaka, same old story.

If Arteta can turn around Mustafi, it will managerial magic!

If Arteta makes Mustafi a world class defender. I will walk/swim from my hometown in Norway to London and bow down to the best manager in history, the one and only Mikel Arteta!

I’m sure some people would like the click to be a career ending injury… He’s a good defender as i’s been said on here before 97% of the time… Good luck with that Mikel!

I am not super-optimistic about this, but I don’t write it off either. The story is that Arteta gets a lot of credit for the way Raheem Sterling developed at Man City. Sterling always had great talent, but he was, in my opinion, an awful striker because of mental errors. His last move, almost always, was one of (a) losing the ball easily to any defender who came near him, or (b) a shot attempt that was either wildly off target or very weak or both. He probably cost as many goals as Mustafi (though a striker’s errors are not… Read more »

Haha…so Mustafi is the cat with nine lives. Seriously even without Mustafi we made mistakes and struggled. Also Koscielny’s first season with us was littered with mistakes and own goals. Much as I don’t think Mustafi has any long term future and his mistake was GLARING…Arteta is also wise to acknowledge he also has many positive aspects and that we do not have perfect options. Against Chelsea, Mustafi made large number of headed clearances plus he put out some excellent (some not) balls from the back one of which found Pepe for a very good direct opportunity second half squandered… Read more »

Was the theme from Mission Impossible playing when he said this?

I believe Mustafi at very least also put his testicles on the line with a critical
block first half.

Some people like to criticise Granit for pulling out of headers but don’t
recognise Mustafi putting his ‘body on the line” when it happens.

There’s many positives to the German’s play of course outweighed by the
mistake.

But there is a reason why he was started over two games ahead of Holding. It was not because Holding was injured or unfit to start.

Last season around December in a spell of 5 matches, Torreira also made 4
or five mistakes leading directly to goals.

They were either very poor miss passes or being dispossessed in midfield in a critical area or not clearing the ball in the box quickly enough.

Mustafi is not the only one making glaring errors leading to goals.

He hardly played much this season and we were still shite without him or
Granit.

Too many people here prefer to believe false narratives.

If Mikel can polish a turd and turn it into gold then give him a contract for LIFE.