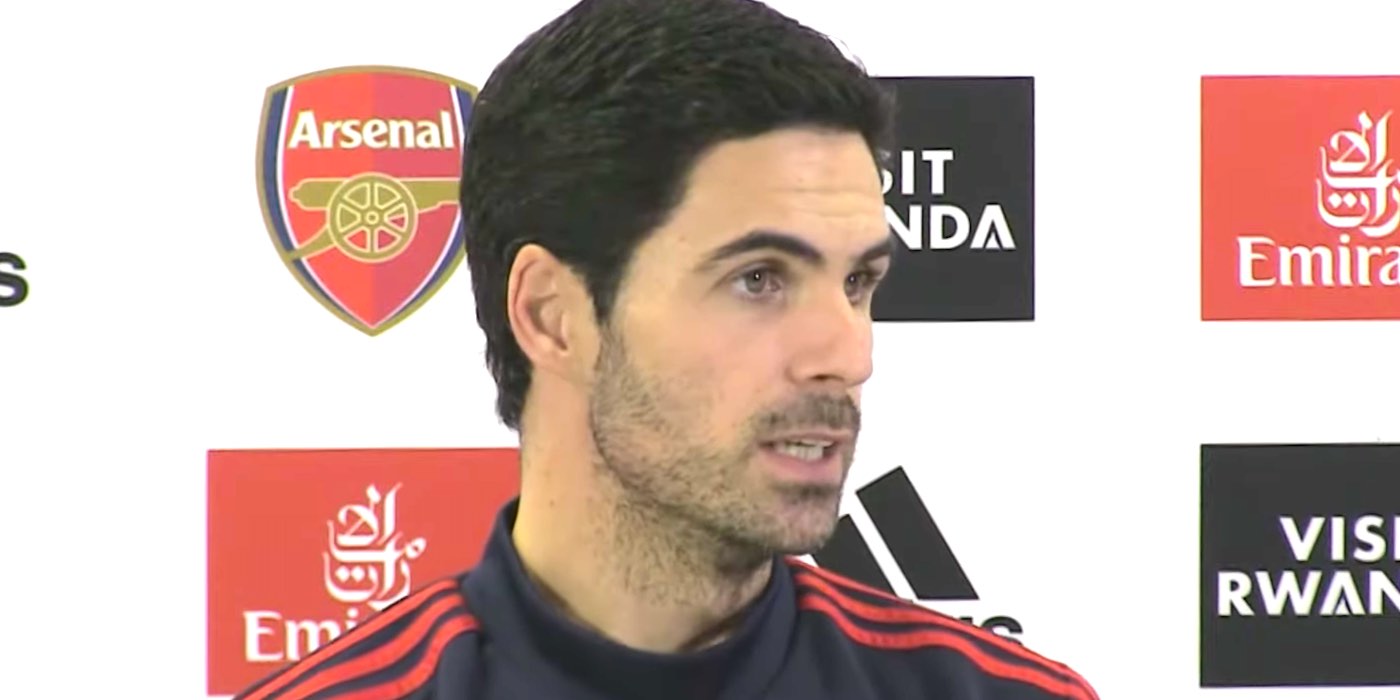 It’s fair to say that Arsenal have had defensive issues this season, and right now there are problems with availability.

With Kieran Tierney and Calum Chambers sidelined, and Hector Bellerin and Rob Holding feeling their way back from serious injury, the last thing Mikel Arteta needed was another injury.

Unfortunately, that’s exactly what he got, with Sead Kolasinac ruled out of Saturday’s Premier League clash with Sheffield United because of a thigh strain. It leaves the Gunners without a recognised left-back, and it will require some creative thinking from the manager when it comes to picking his team.

The injury for the Bosnia-Herzegovina international comes after the departure of centre-half Dinos Mavropanos on loan, so depth is certainly an issue right now.

However, while recognising this, Arteta admitted he just has to get on with it until such time as reinforcements are found via the transfer market – and even then it’s not clear how much business, if any, the club are willing to do this month.

“We have a lot of issues at the back, the fact that Calum got the big injury is modifying our plans,” he said.

“It is what we have, the situation, it can happen between December and January, it is very common.

“We have to live with it, this is what we have. We have to put 11 players out on the pitch on Saturday and I am sure we will.

“They will try their best, and I will try to select the ones who in my opinion are the best fit for that game.”

As for incomings to ease the burden, the Spaniard didn’t say anything that would lead you think a deal is imminent.

“I want to keep the players and get the maximum from the players that I want, but if this scenario changes and we need somebody, I’m expecting that we will go into the market and try to solve the issue,” he said.

“But it has to be the right player, in the right context that financially we can compete and we can attract and all these factors, if you put them together, are not easy in this market.”

Everyone gets injuries.
Our problem is our C/Backs are just poor injured or not.

I heard that last line before!

I’d love someone, anyone, at this wonderful club to sign a right back. We have had an enthusiastic yet limited AMN providing cover for a perma-injured Hector for two years. After two months it was clear AMN was never going to be a natural right back. I don’t take anything away from him, he always gives it his best but why on earth have we been relying on him for so long. Jenks didn’t make the grade and was let go, but I’d rather have him than Mustafi at right back any day. Debuchy didn’t make it for numerous reasons… Read more »

Moreover Bellerin needs a serious challenge on that position.

Hector was one of our only players to elicit any real interest (when transfer fee involved) from top clubs the past few years (Juventus & Barcelona). He’s recovering from a major injury that used to be considered a 2 year injury but is one of our more s

Solid players when fit. While there’s a lot of optimism due to Arteta and how bad things were under Emery, this is a squad that needs major surgery to compete for the top 4 let alone actually challenge for titles. Auba looks poised to leave with Lacazette possibly following. Xhaka still needs to be replaced with a more mobile midfielder & Ozil is coming to the end of his Arsenal career unless he’s willing to take a massive pay cut. Sokratis & Luiz are getting old etc. we simply don’t have the money to throw at a position where we… Read more »

I really can’t see why Aub and Laca are poised to leave and on the evidence of the way Xhaka has been playing why should he be replaced?

@martin Auba has broken off contract negotiations (Arteta publicly confirmed) & with only 1 year left on his contract he will be sold this summer. Realistically we will need CL football next year at a minimum to have any chance of keeping Auba & Lacazette given their contract situations. Xhaka has looked good when Torreira has been around him but his lack of mobility / athleticism is still going to be an issue against top teams. I’m really excited Arteta and the vision he has for the team but some of the players we have really haven’t shown anything over… Read more »

Auba and Laca will leave if we are not in CL. Or rather, they will be vulnerable to poaching by clubs that are in CL. Simple

Agree on Granit. Too many fools who knee jerk hate certain players bc of false narratives rather than seeing what is in front of them.

When Granit was not playing, we were not anymore solid in midfield with Torreira and Guendouzi or Willock.

These people are not grounded in reality.

More like Bellerin needs to mount a serious challenge for that position.

I hate to say it, but I think we should be targeting a first choice Right Back. As much as I love Hector, he’s been out for 2 years now and is picking up lots of niggly injuries that a team like Arsenal can’t wait for him to get over if we want to be taken seriously

You are not going to get one.

We have too many other priorities we have not resolved.

AMN has been doing well and it IS his natural position unless you are wooly headed enough to pay heed to punditry. He’s been playing in that position as fullback either flank for 3 seasons plus now.

And he has done well recently.

AMN has been constantly improving at RB. There’s an argument to keep him in above Hector, to be honest.

AMN IS in his natural position. He’s been playing there for 3 seasons plus now.

Much rather Mustafi than Jenkinson. Happy we sold him.

what if they don’t? I think management is more than just signing players every time you have a crisis. Luiz and Papa is our first choice. Then you have Rob and Mustafi. Chambers and that shiny new French kid in a few months. Assuming we bought a CB right now, do you buy a starter, a backup who’s ahead of the kids or a sylvestre/ sol Campbell type who’s over the hill? I am talking about permanent moves because we seem to be looking at loans with next season in mind and our loan targets must be saying no thanks… Read more »

So basically if we need another centre back now we gotta pull someone up from the academy, Zech Medley been on the fringes for the last season so I guess we could see him, be interesting to see if Arteta skips over mustafi for him

He’s been poor when on for us or shall we say not good enough.

No where near Mustafi even.

Too many people need a reality check.

Even HOlding against Leeds left much to be desired but same people stay strangely quiet about all the miss passes he made. Then they will blame his lay off when Mustafi pretty much comes in cold as well with long stretches on the bench.

If we can’t do it now, I would wait until we can put significant resources into a really dominant centre back. All the current options are either ageing, injury concerns or very poor.

You’re having a laugh.

We already panic bought on Luiz.

He’s not much better than Mustafi.

Sokratis is over 30. You want another older player?

Better off we see how Saliba is doing with recovery and get him in early. 19 senior starts only so I’m not entirely sure it was a good punt to get him at 27m when we could have got Soyoncu and for this season.

But there you go.

Cbacks – Sokratis and Luiz look like it. Luiz has been decent enough of late. Holding was questionable against Leeds to say the least (elephant in the room) but hopefully will improve. Without Mustafi most season, we are still shite at the back. If we don’t (likely) fid a solution this window for Cback, he may yet have to stay as backup. If we get someone like Emre Can who can also cover at Cback (say on loan) or Saliba early (proviso recovered from injury), then we have more depth. Otherwise if we start to run out here, its Xhaka… Read more »