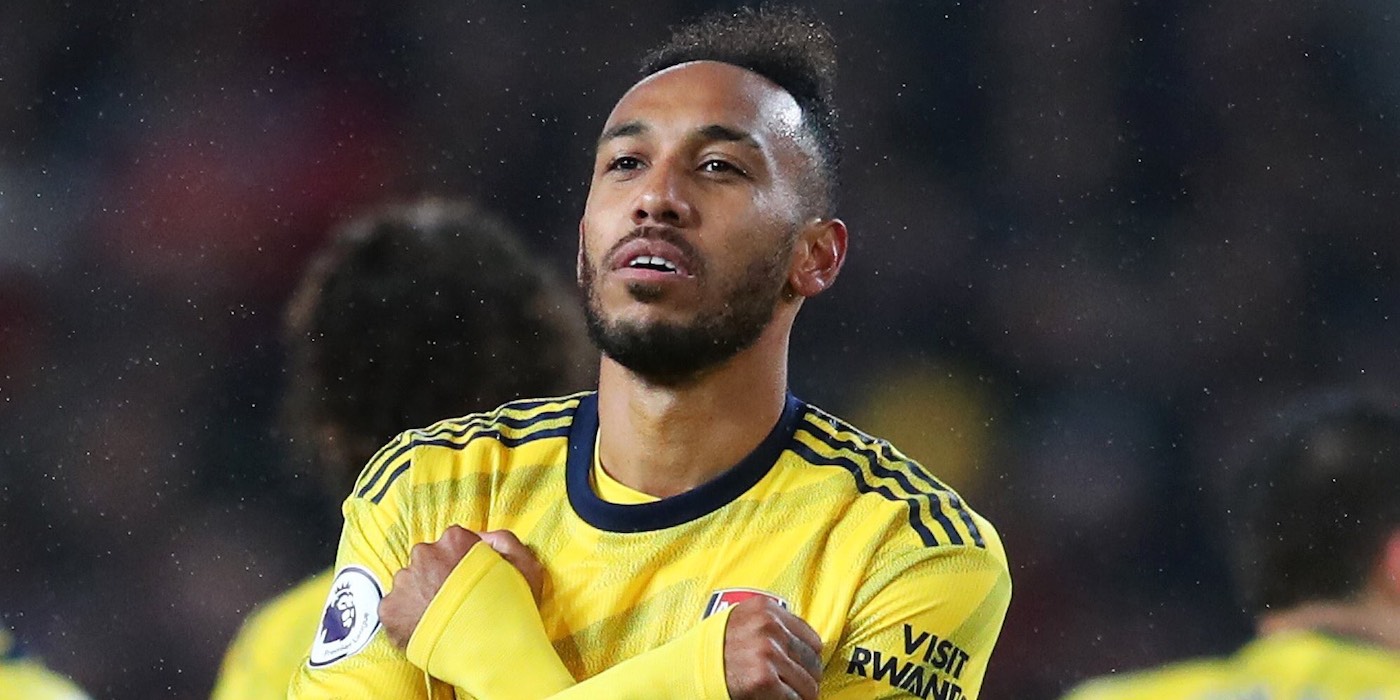 Pierre-Emerick Aubameyang has hit out at rumours that he’s desperate to leave Arsenal, saying he loves the club and wants to help get us back to where we want to be again.

Various stories have suggested he’s keen to leave in January, although in fairness many of those links are pretty spurious.

However, he’ll have just a year left on his contract this summer, and that inevitably leads to speculation, but in tonight’s programme he insisted he’s fully committed.

“I would also like to react to some of the rumours that are going around about me in the media,” he said.

“People like making up stories and they should focus on what’s happening on the pitch. They talk too much and it does my head in!

“I am the Arsenal captain. I love this club. I am committed to it and desperate to bring it back to the top, where it belongs.”

Aubameyang also praised the fans after the 2-0 win over Man Utd, saying their backing was crucial to the performance.

“You were our 12th man and I felt like Manchester United could have played for hours and they would have never scored,” he said.

“I really hope it will be like that until the end of the season. All together, we can have a great 2020!

“We need to be united more than ever.”

I love his honesty. He’s the type The Sun (and before that Die Bild) hates because he’s comfortable in who he is and won’t be made to feel shame about it.

Sounds like he chats to Hector a fair bit. ?

It would be nice that this commitment could be translated into possession and goals because at the moment Leeds are all over Arsenal.
Being dominated at home by a team from the Championship.
Not good…

Leon I totally agree, that first half can only be politely described as HORRIBLE

Game of two halves eh? Nicely lured them into a false sense of security (thanks Martinez) Then we actually tried for the 2nd half. :p

Oh Captain my Captain. We’d be fools to let him go.

Really, really want him to sign an extension but, if he won’t, we need to learn from past mistakes and sell for a whopping fee this summer. There’s always another hero in the waiting.