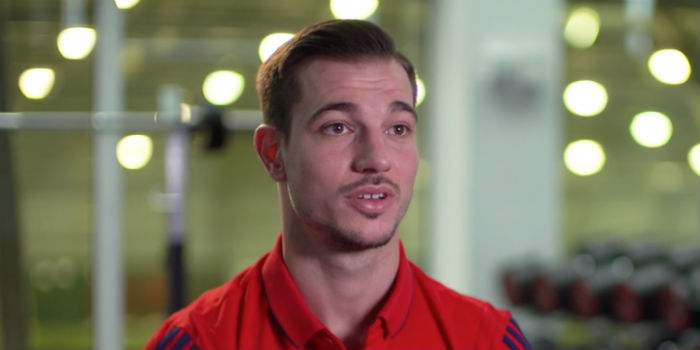 Cedric Soares says he’s ‘super happy’ to join Arsenal and revealed a move to the Emirates has been a long-time coming.

The Portugal international, 28, joins the Gunners on loan until the end of the season and we have an option to make the deal permanent should we wish.

For the time being, he’ll provide backup to Hector Bellerin, which, in theory, allows Ainsley Maitland-Niles to challenge for a midfield position.

In his first interview with Arsenal.com, Cedric couldn’t hide his joy at sealing a contract at such a big club.

“It has been a while [coming], to be fair,” he said. “We were close a few years ago, so it’s not the first time. It didn’t happen that time but now thank God it came true. I’m super happy.

“Obviously it was important for me in my career to come here. Southampton gave me the opportunity to play in the Premier League but obviously, it’s amazing this step, to come here and play for Arsenal. To be able to reach this point is unbelievable.”

Asked what he’ll bring to the club, he continued: “I try to be a guy with energy, a player that goes up and down.

“I like to consider myself a team player and yes, what can I say? It’s difficult when you need to talk about yourself! But again, I will give my 100 per cent for the team and for the fans.”

Yep! The part about it being difficult to talk about oneself resonates with me. I like him!

Fan of pogo sticks, is he?

But how do we fit 3 loaned players into 2 loan slots ?

The limit is two from PL. Cebellos is not from PL so it doesn’t count.

thanks guys. I had no idea

Neither is Mari So technically we can loan another PL player.

We don’t have to bother about that as they all didn’t come from epl clubs, if I get the rules properly.

There seems to be less thought given to the idea that he could make the transition to defensive midfield, like Schweinsteiger. Is it that out of the question?

Yea it’s out of the question

Welcome home son, you are guaranteed to have the best time of career.

I’m so happy we finally have him. Now we need him back to his best.

I like the part where he says it’s been a long time coming. If he is a player we have scouted in the past then there’s definitely something there. Let’s watch and see. Reminds me of when Wenger signed Sagna even when we had Ebuoe pulling all the strings. Competition for places makes for a healthy team. CoyG

Ebuoe pulling all the strings. thanks for that, I needed a good laugh

Eboue played very well for us early in his career and nobody considered him someone in need of replacement. Times change, but that was the perspective at the time.

Exactly, Eboue was a very good right back and selected in the PL team of the year in his first year. Wenger tried to use him as a right wing for defensive balance in attack and it didn’t wor k. When he came back to his position, he lost confidence in a couple of games, one spectacular where he was abused by bad fans.

If those strings were made of paper-thin rice crispy noodles, then yeah maybe.

And disillusionment for those who don’t play. Two sides of a coin

I like the part where he says it’s been a long time coming. If he is a player we have scouted in the past then there’s definitely something there. Let’s watch and see. Reminds me of when Wenger signed Sagna even when we had Ebuoe pulling all the strings. Competition for places makes for a healthy team. CoyG

Since Cedric has arrived,it is better to loan out Niles as he will have lesser opportunities now…

Niles is likely going to be moved to DM

Better be Gunner than never

The type of fullback he is reminds me of Debuchy.an out and out right back. Ainsley will probably sit in midfield. But you cant complain when we strengthen defense twice in January. It’s almost like Arteta is one of us and knows what we need? Not saying we need a right back, but our defense has needed reinforcements for the last 10 years.

Think it speaks wonders for Saliba that the number 6 Jersey is reserved for him next year and Mari took the 22.

Hope it all pans out. Don’t become a Debuchy.

Debuchy did get pretty unlucky with injuries that first season here–first a few months out with his ankle ligament injury, and then the shoulder injury because of that fucking orc Arnautovich. After that we never really got to see if Debuchy could find his form for us because Bellerin had stolen his job.

Maybe he will be what we hoped Lichtsteiner would be.

Welcome to Emirates, Soares. Wishing you all the best.

I like the sound of our Cedric, welcome to the club ?

My understanding is that he is comfortable playing both at Rback and Lback which means he can cover Kolasinac who looks to be struggling with injury.

BUT AMN can also play left side (as he has before)

which means we can then push up Saka into his more lethal and natural position as a winger.

And that will also allow us to swap Martinelli to right if need be in lieu of the underwhelming Pepe. Nelson also in frame for right wide and Auba left wing or up top swapping with Laca as need be.

Welcome,I wish him all the best