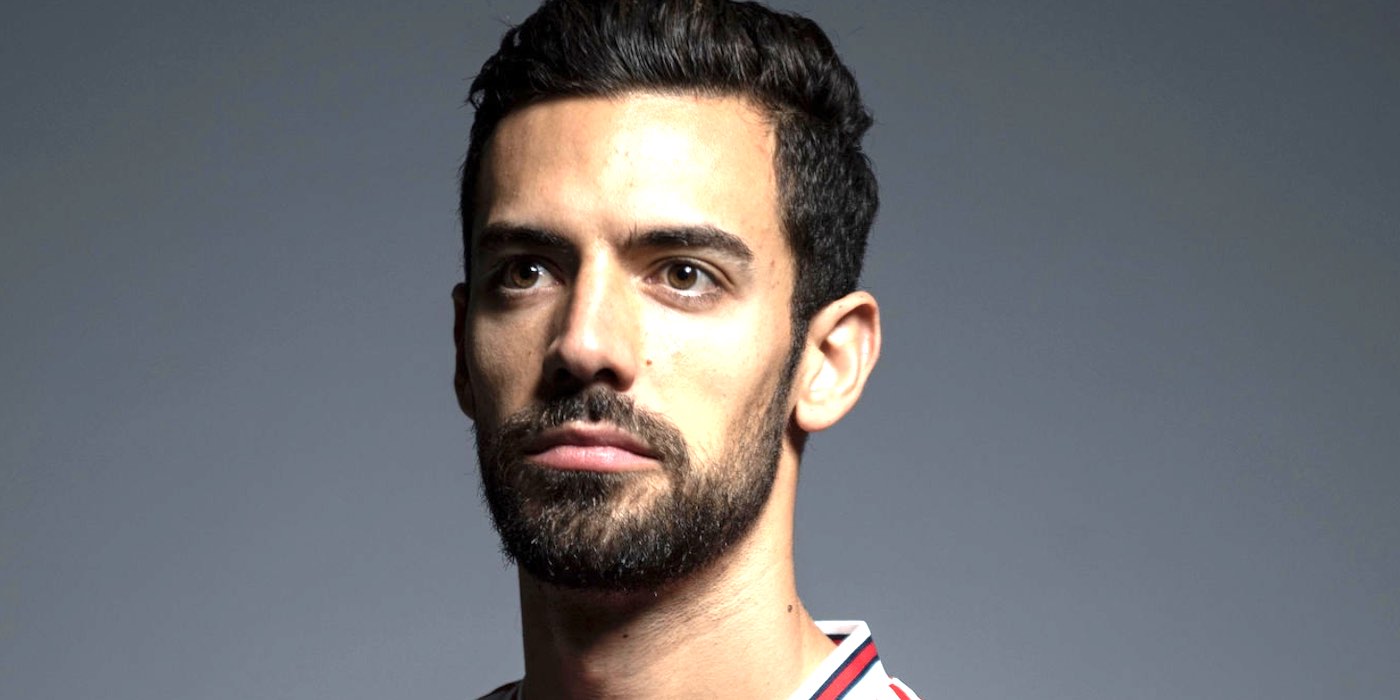 Arsenal’s Technical Director Edu says that the club have been monitoring the career of new signing Pablo Mari for some time, and expects him to add defensive depth between now and the end of the season.

The 26 year old joined the Gunners today on a short-term loan deal with an option to buy, and he’ll compete with David Luiz, Sokratis, Rob Holding and – when he recovers from injury – Shkodran Mustafi.

Although Mari doesn’t have a massive amount of top-flight experience, he is a fluent English speaker which will help him settle in, and Edu believes he’ll prove a valuable addition to the squad.

“Pablo is an experienced player who will provide us with additional defensive quality,” he told the official website.

“We have been monitoring Pablo’s career for a while and we are very pleased to have reached agreement with Flamengo for him to join us initially until the end of our season.

“Together with Mikel and his coaching team, we are all looking forward to seeing Pablo in an Arsenal shirt.”

And the player himself sounded delighted with his move from Brazil to the Premier League.

“When I spoke to my agent, it was a big thing that Arsenal were interested in me,” he said.

“This is one of the best clubs in the world, so I’m absolutely delighted to be joining.

“I’m really looking forward to playing in this jersey and helping my team.”

Signed for £1m, six months later loaned out for 4 months for £4.2m. We need to sign Flamengo’s transfer team.

Or he needs need to get a bigger book.

Or a better book

Well, when you win the Copa Liberatodores against all the odds, the chances of your transfer value increasing exponentially are close to CERTAINTY.

Leicester had such a season and Kante and Mahrez who were signed for peanuts moved on for 10x their value. Hope we have signed the Spanish Van Dijk ?

I think fluent English speaker is a bit of an exaggeration. He did most of his interview with arsenal.com in Spanish.

He can speak English well…I saw a video of him speakingEnglish when he was on loan at NAC Breda from Man City.
https://www.youtube.com/watch?v=NQokHp1Yvnk

His time at City or his rather ‘free-time’ in England should have helped him learn the language.

How else was he going to smooth-talk his way out of a club in Manchester, yeah? talk about incentive learning the local tongue…

Ha can communicate but not perfectly.

An all English interview would lead to inevitable comparisons with Unai by the internet trolls. That’s the last thing fans and Pablo himself need now.

It was a good move from the PR team.

Rather than Dick Van Dijk…

We have enough of that type of Van Dijk already.

Id prefer him to be the Spanish Tony Adams, or Sol campbell, Or Kos….

Well, Our own Martinelli has also moved from $6M to $200M in a shorter period. You get the drift?

I like it – seems like a player who potentially had flown under the radar and who brings a different skill set. Papa’s contract is up this year I believe so if the loan goes well we’ll have interesting options between Luiz, holding, saliba and Mari next year. Holding and hector’s experiences this year indicate that we probably shouldn’t expect anything from chambers next year. Mustafi can effectively be injury cover.

Sokratis contract 2021
We signed him on a 3 year deal.

Apparently the scouting network were sent on an end of season jolly to Rio at the end of last season and just never came back. They’ve all chipped in on a houseboat out there. John Jensen is taking helicopter pilot lessons and refers to himself as Jesus Jenseniho.

Great job. Now go on to get another CM. And then you can getcyour 3 AMs and 1 striker. But remember.. CM first..

This may just be me – but does Pablo Mari’s appearance look like a slightly less-groomed version of Ceballos?

three long-haul flights in a few days. give him a chance to have a shower!

Auba, Ozil, Sokratis, Mustafi and Luiz are all heading to their final year of contract btw.

With the exception of Abau that’s actually a good thing. Mustafi needs to leave even if it just frees up wages and he doesn’t appear to want to leave via transfer. Papa and Luiz are on relatively high wages and were always just stop gap players. Ozil hasn’t remotely lived up to his contract and will free up a ton of money when he leaves. Auba unfortunately is going to need to be sold this summer as well as possibly Lacazette as we can’t afford to eat 100m in transfer fees given our current state

Auba and Laca sold and you believe we’ll still be a PL team?

Agee with a lot of what you say except the need for us to sell Auba & Laca!!!

If we get champs AUB stays and i don’t give a monkeys about the rest lol. Ozil’s wages can be given to Aub and the rest are gonna be replaced. Id like to keep Sokratis but Mari might end that need.

I really hope that, whenever he plays for the Arsenal, he’ll make us
significantly stronger when facing aerial bombardments.

Any idea on what the optional purchase fee at the end of the loan is?

I guess the reason we are payable a rather expensive loan fee upfront was to get flamengo to agree to let the purchase at the end of the loan be optional.

Reports here from Brazil, say that 15m the fee to buy him

Dude looks almost as hot as Giroud.
Doesn’t matter if he’s shit on the pitch.

On the first point as well. Giroud was one of a kind, the true heir to Bobby.

Well I would hope so since he’s a defender lol

Edu is not my choice for whatever role he plays at the moment but evidently at very least, he has his ears low on the ground in Brasil/South America. And he is thus far 1 for 1 as they say with Martinelli. Hopefully Mari is another Martinelli. He certainly won’t be expensive like Saliba (who is relatively unproven) or Pepe (who is a wash out thus far for 72m) Good heght at 6’3 as well and clearly there is still so the moment in Arteta’s mind with Holding. Loan deal makes more sense as it won’t saddle us with the… Read more »

Credit Sanlehi where its due.

Drove a strong bargain on this one.

Likely they balked at us not wanting to pay and preferring a loan so Rauls ent the player back.

Flamengo got second thoughts buckled and we have minimal risk on a loan deal which should have been the case with this one.

Spurs have brought in Bergjwin and United Bruno Fernandes. Those are VERY strong additions.

BUT hopefully it also means they are spent with the window.

I would not mind us taking a late look at what Emre can can bring for us as well in deep midfield. One injury to Torreira or Granit and we are again poised with delicate balance never mind Guendouzi looks to be absorbing good direction from Arteta. BUT strength in depth still an issue and we could still add more retentive ability in midfield regardless.