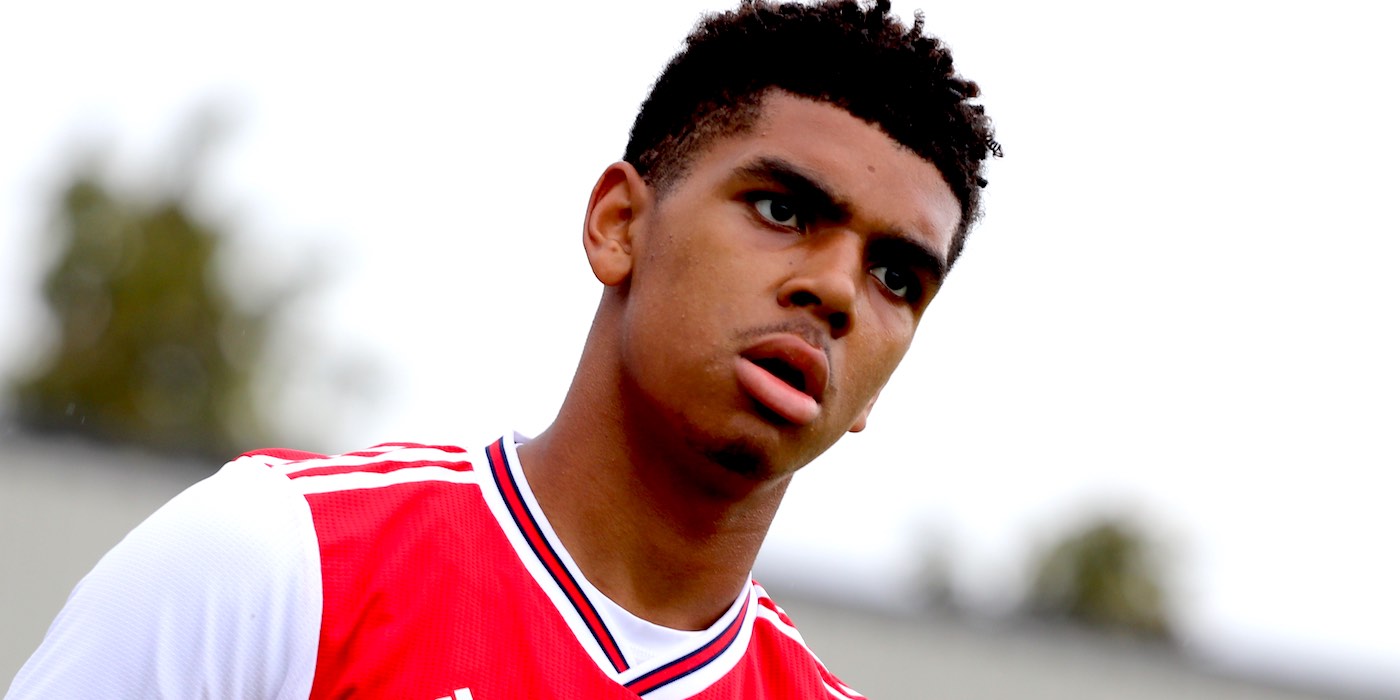 Tyreece John-Jules is reportedly set to leave Arsenal on loan, with the talented young striker poised to join Lincoln City for the remainder of the campaign.

John-Jules is just 18 and the initial feeling was that he wouldn’t go on loan until next season, but he has impressed to such an extent at U23 level that the process has been accelerated.

The England U19 international has scored five times in 12 Premier League 2 games for Arsenal this season and over the past couple of campaigns has also demonstrated his versatility, playing out wide and as a number ten in addition to his preferred position up front.

Despite having been named on the bench for the first-team on five occasions, John-Jules has yet to make his competitive debut for Arsenal, and that is something which he will have to wait a little longer for, but if it does go ahead the move to Lincoln will be extremely useful in terms of providing a gauge of the level that he is currently at.

An additional benefit of John-Jules’ temporary departure is that it would provide further chances to impress for some of the other young attackers for the club.

Folarin Balogun, for instance, would be the undisputed first-choice forward for the U23s and would be called upon if there was an injury crisis in the first-team.

Furthermore, Sam Greenwood, who has mainly played for the U18s this season, would receive more chances for the U23s and first-year scholar Luke Plange could play a more significant part for the U18s.

Overall, loaning out John-Jules makes a lot of sense and would be beneficial not just for him but also for some of the other players in the academy.

Jeorge, would you be willing to do a half-term report on all the Arsenal academy prospects?

I Am Gooner
Reply to  Ordnance Dave

I’d love this, every single one of Jeorge’s pieces take commitment, are well thought out and are great at allowing us fans to keep apace with the youngster’s development.

Good luck to him, great prospect, hope he can take a step up.

Seeing how highly rated John-Jules is and the obvious talent that is there makes me all the more impressed with Martinelli. He truly has the potential to be world class. Being 18, doing the things he is doing, is nothing short of fantastic. We may have a true diamond in the rough on our hands. And let’s give credit where credit is due – without Edu, he may not be ours.

Arsenal are beginning to understand the landscape in world football, and its quite simple – if you have promising 18 or 19 year old players, they need to be sent on loan ASAP, because leaving them with the U-23s is begging for some savvy German club to swoop in with the promise of playing time at the highest level. U-23s are becoming a relic of the past, and every kid nowadays has to be playing first team football somewhere in order for you to keep them. There’s too many clubs out there who are exploiting English clubs reluctance to play… Read more »