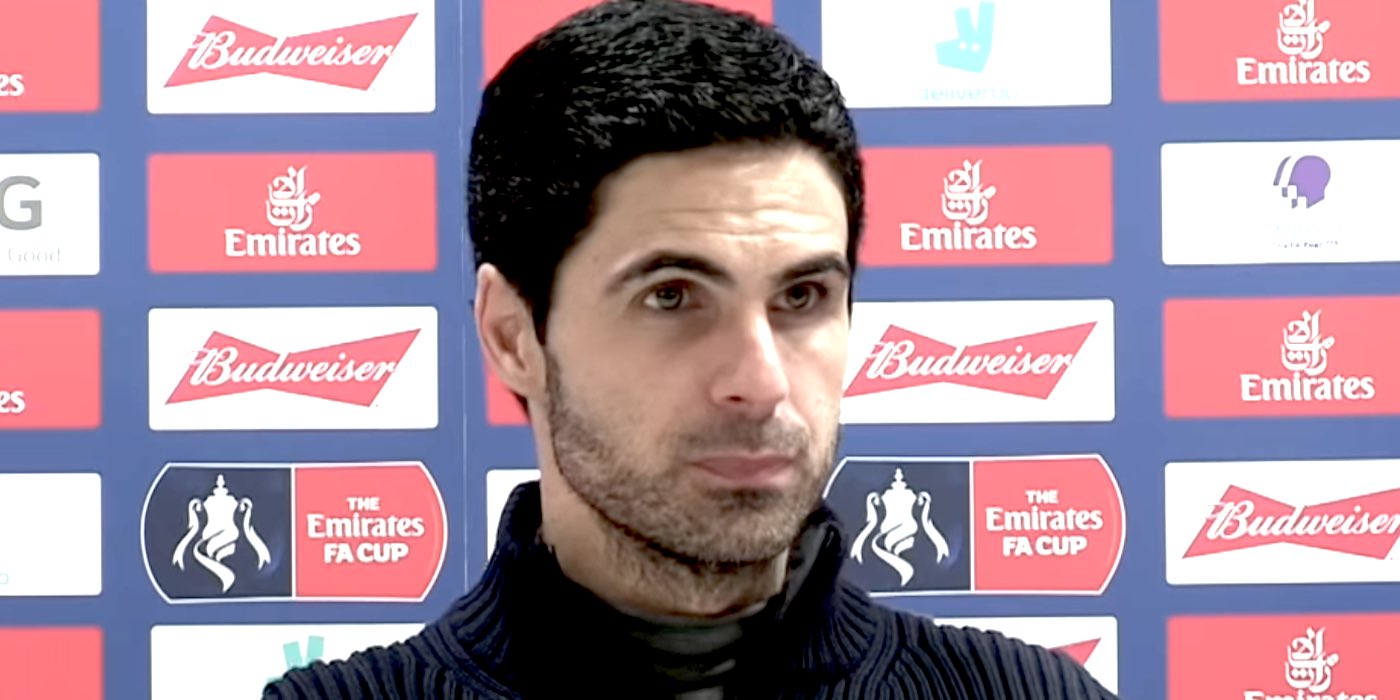 Arsenal boss Mikel Arteta insists that the Gunners are still open to adding to their squad in the final week of the January transfer window. Arsenal have been linked with several defenders during the month, but have as yet not been able to bolster the team with additions.

Speaking in his pre-Bournemouth press conference, Arteta hinted that defence was a position the club are currently looking at, among others, “We’ve been looking at different positions, since I joined we lost Calum and we had circumstances and injuries in those positions, so it’s true that at the back we have been short.

“But there are other positions depending on what happens in the market that we might need to assess.” The boss refused to be drawn on links to Shakhtar centre-half Mykola Matviyenko, which have surfaced this week.

“I’m not going to be discussing any transfer links publicly, that’s something we’re trying to do internally and when we have news we will communicate with you,” he said. When pressed on his levels of optimism for the window, Arteta remained cautious.

“At the moment I am 50/50 because this window is complicated, I only want to bring someone in if I am really convinced he can improve the level that we have.” Arsenal have seven days left of the January window if they want to bring in reinforcements. Let’s see what the next few days brings…

Uhtred, anybody who knows their ‘Principles’ knows that Less is more, as such Quality control has to be high on the few you pick.
Otherwise they’re baggage and organisations are increasingly running lean

Hopefully not Kurzawa, would be such a waste of money, specially given that we have two very capable LB on Sead and Kieran, and we have Saka who can do a job there if needed as we’re seeing now. I’m just hoping we don’t become a club that relies on super agents to bring us players, sure we can use some already “class” players, but we need to be scouting and watching players before we get them, and honestly we need to strengthen and focus more on scouting on a whole, maybe we can get then more players like Martinelli… Read more »

A true student of Wenger indeed.

Love child of Wenger and Guardiola

Only a week until:
“We are looking at some aspects where we can improve internally and we will work very hard to do that”

“I only want to bring someone in if I am really convinced he can improve the level that we have.”
This sentence makes me more nostalgic than i’d like to admit haha..

Now that Xhaka has shown he is capable of playing CB, I’m not hopeful of any incoming..

I can’t see Kurzawa. First, Tuchel as I mentioned unlikely to relinquish his back up fullback. Secondly we have cover in Saka but also AMN with Bellerin returning. Issue I think was on Kolasinac’s fitness and Saka’s relative inexperience in the role. BUT the youngster has acquitted himself well considering and with bellerin back, AMN can also shift to cover left. Kolasinca on the mend may also spell and end to what can only be described as a move of last resort. Otherwise bringing someone on for 6m when we have Tierney also next season just does not make any… Read more »

I think the area in the pitch I will be concern with is midfield. One injury to Granit or Torreira or a suspension will upset the delicate balance at the moment. Guendouzi can also improve with better instructions and guidance of course but with Ceballos unsettled. If ceballos leaves, Guendouzi may have function higher up (in lieu of the less experienced Willock) as surrogate to the 50-60 minute Ozil. That would mean we may have need for one more to rotate with experience in midfield. I would be keeping a VERY keen eye on Emre Can if I were Sanlehi.… Read more »

Emre Can is too slow, and that lack of quickness and speed is perhaps a reason why Arteta is not in love with Ceballos. He’ll be looking to bring in players with excellent close control and who will move the ball very quickly in transition. Wenger-type players.

At Cback, its tricky. We don’t just want to add for sake of adding because we already have numbers aplenty. We lack quality. If we don’t find the right quality, it would still be better to wait till summer. We already have Sokratis, Luiz, Holding, Mustafi. Even putting the error prone German aside, with say Emre Can in, we can shuffle Granit into defense if need be as a 4th choice. …next season we will have to grapple with also Saliba and Mavropanos back from loans and Chambers back from injury. Even with Mustafi and Luiz say sold or loaned… Read more »

Which is why I feel we are better off reinforcing Central midfield with Emre Can who can also play at Cback or double up for either Granit or Torreira.

We have so many Cbacks some who should have no further (or extremely limited) involvement others hopeful but as yet to deliver.