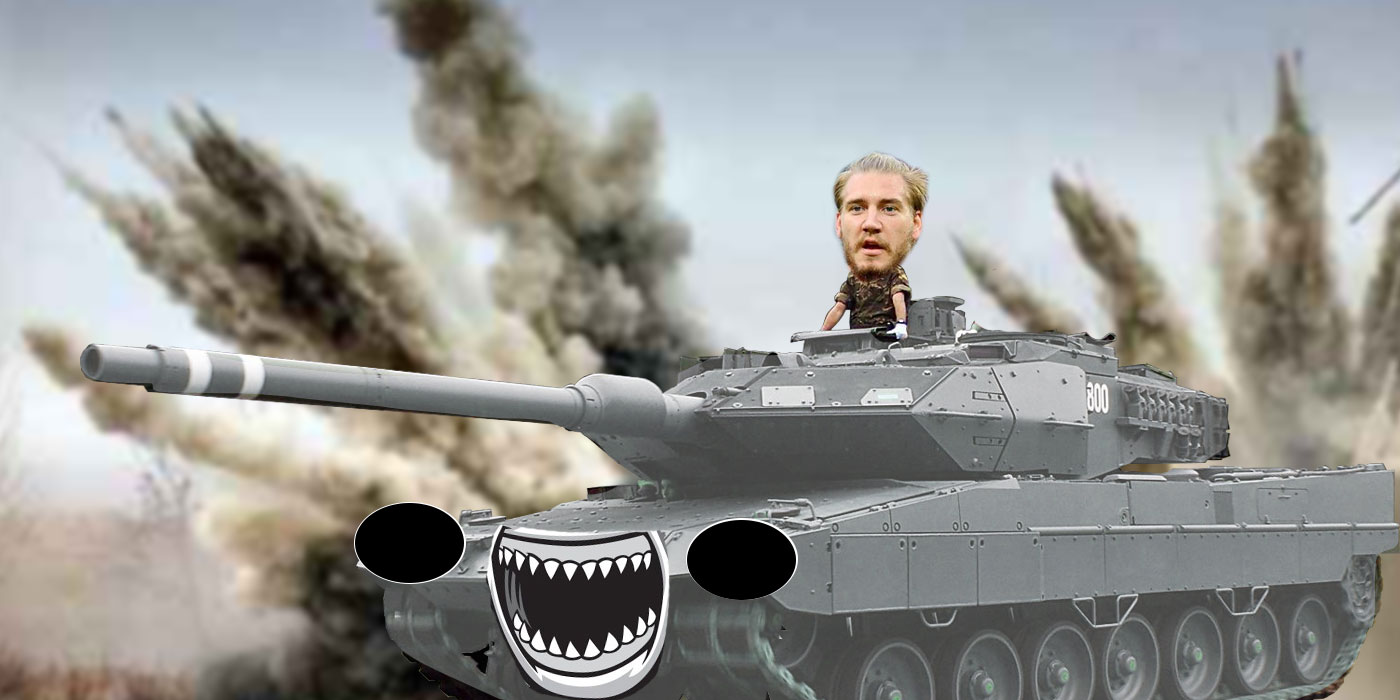 It has been confirmed that Nicklas Bendtner and his girlfriend Philine Roepstorff will star in their own reality TV show from this spring.

The show, ‘Bendtner and Philine’, will air on Dplay; an online video on demand service operated by Discovery.

Bendtner released his autobiography at the tail-end of last year and, unsurprisingly, didn’t hold back in sharing tails of the good times and bad during his football career.

He is currently without a club after being released by Copenhagen and this new direction suggests his playing career may, at the age of the 32, be over.

In a press release that labels the couple “Denmark’s answer to ‘The Beckhams'”, he said: “Both Philine and I are used to being in the media spotlight. Many stories are written about us, and we often find that only half the truth emerges.

“In my book I talk about the ups and downs that have shaped my life and my career so far, and this series is a natural continuation of that tale.”

He added: “We considered for a long time whether our relationship was strong enough to handle all the attention that naturally comes when you say yes to letting a camera crew get really close. We were well aware that it wouldn’t become a glossy tale with us as protagonists. But, we’ve never been interested in that either.”

We’re probably not going to tune in, but we would watch the following shows starring The Greatest Striker That Ever Lived:

Nicklas follows in the footsteps of Ross Kemp by travelling to some of the most dangerous places on earth, but he’s got a tank made out of shark skin to protect him.

Nicklas tries to get former teammate Danny Karbassiyoon to do chores, but Danny prefers to stay in bed all day. Will they overcome this clash of personalities, or will Bendtner have to call in special guest judge Cesc Fabregas to put things right?

Can Bendtner deal with unhappy locals, protesting environmentalists and inadequate government funding to build a third landing strip at Heathrow?

In this show Bendtner puts on his high heels and his best frock to see if he can pull a 40kg sack of potatoes around an obstacle course faster than his former teammates Denilson, Fran Merida and Samir Nasri.

Nicklas competes against other Danes to see who can create that most traditional of Danish baker’s confectionery: Mr Kipling’s French Fancies.

From Hackney Carriages to black cabs, from mini-cabs to Uber, Nicklas charts the history of his favourite form of hired transportation, but will he find true love along the way?

Contestants are whisked away to a glorious, secluded island in the Seychelles where they’re tasked with a three-round boxing match with the former Arsenal star. If they can knock him out, they’ll win a cool £1,000 and a speedboat.

Having had so much free time, Nicklas is now a computer whizz-kid. He takes on the world’s most l33t hackers to see who can produce the best performing, most data redundant RAID set-up from a collection of disparate 1TB hard drives.

Bendtner and former Arsenal striker Paul Shaw are parachuted onto the Channel Island with a rucksack, five pounds in Scottish currency, a compass, and some meagre provisions. Can they escape without being discovered and devoured by the fearsome natives?

Wenger: Bendtner had it all in his locker

Outstanding. ‘Pointless’ – Bendtner goes undercover as the spuds latest signing and attempts to get them relegated. The prize is a yacht full of rare breed sheep in fellaini wigs and a signed photo of himself.

Will be interesting to see if it is any good.

But it won’t be as good as him coming off the bench agaisnt Sp*rs and scoring in 6 seconds, guaranteed!

or that brief spell when all the strikers were injured and Arsene had no choice but play him as the focal point. He did bang them in to be fair but got injured himself so we played Arshavin.

Good? It’ll be The Greatest Reality TV Show That Ever Lived!

Kind of sad that this is what it’s come to. I still can’t work out if he was a potentially great player with a horrible mentality or an average player whose ego allowed him to move up through the ranks.

Somewhere in between I suspect

I agree. And I love your name. I think it could be improved if you paid homage to our legendary goalkeeper Mart Poom in it too though.

Thanks, and duly noted!

Limpar from the halfway line
Reply to  Poom Saka Laca

Definitely the latter. The exemplar of “Biggest kid in the playground” syndrome. Was bigger therefore better than his peers at a young g age and somehow slipped through the net. Got found out when everyone else caught up, couldn’t handle it and went off the rails.

Think I would genuinely watch at least one episode. Wonder what Arsene would think?

The surprise when you realise this isn’t a legendary Arseblog April Fools!

Absolutely! I was 100% sure that “Philine Roepstorff” was a fabricated name!

The first time I heard Nicholas Bendtner I thought it was a made up name as well. It’s just how Danes are named.

‘Blind date’ – Big Nick is blindfolded and sent into Büttensmæken, the local rivals to his boyhood Danish club, where he must ask fifty strangers the date without having seven shades of sh*t kicked out of him. Up for grabs is a bus ride home and half a box of tic tacs.

That’s a cracking line up of shows by any standards

The Greatest Reality TV Show That Ever Aired

so much talent…wasted. maybe this is his life calling.

Someone please pass me the barf bag.

The Million Pound Drop – Nicklas is challenged to drop his pants to reveal the logo of a popular betting company in ever more perilous conditions, for an increasing level of prize.

This week: Nicklas turns up at a state funeral in Moscow hoping to get his hands on £25,000.

Just hope there isn’t a taxi in it ?

Denmark’s answer to the Beckhams?
Just goes to show; Ask a stupid question….

He would have been good on the Muppet Show.

Although there would have been a danger he would have asked to stay and join the cast on a permanent basis. Statler, Waldorf and NB in the Royal Box.

“Denmark’s answer to ‘The Beckhams”