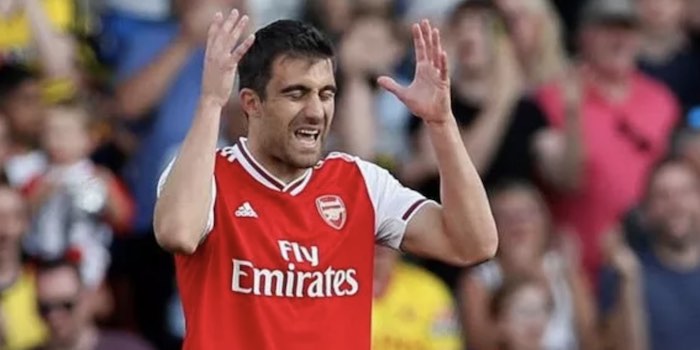 Mikel Arteta will be able to call on Sokratis for Monday night’s FA Cup 4th round clash with Bournemouth after the Greece international recovered from illness.

The centre-back missed both of last weeks draws with Sheffield United and Chelsea but is now back in training, according to the latest bulletin from the medical team.

We’re expecting Mikel Arteta to mix things up a bit but he doesn’t have much room for manoeuvre given Pierre-Emerick Aubameyang and David Luiz are suspended.

Reiss Nelson and Sead Kolasinac aren’t due to return from their respective muscular problems for another week.

Kieran Tierney and Calum Chambers are long-term absentees. The former won’t be back on the training field until March, the latter has a long road ahead; his recovery will sideline him for up to nine months.

That’s good news; let’s try Sokratis and Holding at the back against Bournemouth.

My boss just told me that he absolutely ‘loves’ Dani as a player and he’s trying to avoid inflating his price before getting him permanent, because if Mikel shows Dani love, he will instantly ‘KDB’ and will be LANS for Galacticos because Zidane won’t sell him (who would ??) . Watch how this new Arsenal manage this situation. Our Spanish Schemers are probably already on it.

I can’t see any up- and down- votes on here. My outrageous, attention seeking side is very very unhappy, how can I post my bizarre and unfair views and not see how badly I’ve upset everyone by the downvotes (and the one or two upvotes from other weirdos)?

Otherwise a good move, apart from now having to read each comment and then think a bit.

holding is poor, as he is english we all think he will be the new tony adams but he gets twisted and turned like a spinning top when anyone with pace runs at him,
if he was foreign eg mustafi would have been slaughtered to kingdom kum but holding gets the benefit of the doubt eg like jenkinson until we realise he is just a championship player

bring on the down votes

Found this interesting: https://tribuna.com/en/arsenal/news/3551408/. Moreover, Burgess highly rated Mesut’s ‘elite’ stats. Perhaps people should do their research before throwing the baby out with the… 🙂

Great news, shame he wasn’t around for the last two games as I suspect we would have gained more points without mustafi on the pitch!!!

So frustrated, this is the third time I’ve come back and I can’t see how many people have reacted to my comment and whether I’m the top of the votes.

It’s forcing me to think about how to get a life.

Yep. Only more if it’s for violent conduct.

That was supposed to be a reply to Dave.

The site seems to create a new page for every comment you post, unless it’s just my system.

FA cup is our best chance to get into the Europa League.

Fuck that’s something I thought I would never have to say.

I don’t seem to reply to a comment directly. Early days I hope.

I don’t seem able* to reply to comments directly.