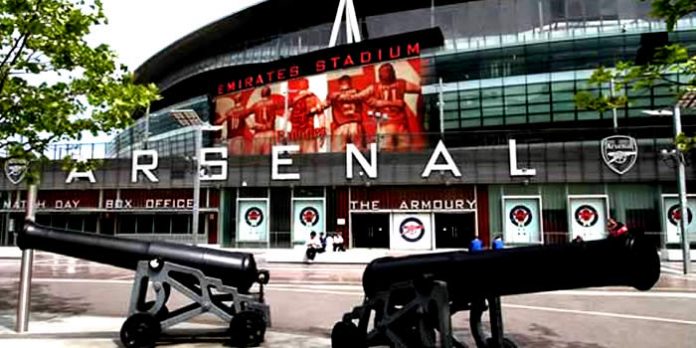 Head of football, Raul Sanllehi, and managing director, Vinai Venkatesham, (on video call) met with members of the Fans’ Forum on Monday. The 4-0 win over Newcastle on Sunday obviously lifted the mood, and the discussions were constructive, even if it didn’t change the fact that Arsenal are 10’h in the league, and there is still a lot of work to be done at all levels at the club. @peterhoest from Arsenal Denmark reports from the meeting.

Raul and Vinai gave their opening address in which primarily Raul explained how he viewed our state of affairs at the moment. He explained how Arteta arrived in difficult circumstances with a lot of games thick and fast, but that he believes that Arteta is bringing a contagious spirit, and there is a fantastic spirit within the group of players.

The members of the forum had sent in quite a few questions, and the themes varied from foul language in the in the family enclosure, to accountability for senior staff and executives. Here is a few notes from some of the topics:

(Minutes from the meeting coming later)

There will be no End of Season Event this year. Last year was ‘damaging to the reputation of Arsenal’. Mark Gonnella said that the meeting last year was embarrassing when a few people shouted and showed a distinct lack of respect. It was the meeting where Edu met the fans for the first time, and it was unpleasant to be part of. The dilemma is that the club wants to have a dialogue with fans, but they don’t want to facilitate a setting where people are obnoxious and rude.

There’s further information in this RedAction thread on Twitter:

On the way home from the second Fans Forum of the season, held at Highbury House with the usual suspects : Raul, Mark Gonnella, Ticketing, Stadium Management, Commercial depts, Supporter Liaison all represented. Some updates to follow…..

This season the meetings are not on match days, so there is more time to talk. This meeting lasted almost than two hours.

Info about the forum, and minutes from previous meetings can be found at the link below, with the minutes of this meeting to follow.

He walked down the beach in Dubai and heard people speaking English.

EVERYONE SPEAKS ENGLISH in Dubai Raul.
You don’t see local Arabs sunbathing on the beach.

nice reframing, Raul. No mention of the fact Arteta was Gazidis primary choice, but you convinced everyone else on Emery (once again, friends with his agent).

would’ve liked a more detailed question on the talk that he wanted to extend Emery’s contract and why the delay on the sacking?

Also would’ve loved a very direct question; on how Liverpool and Leicester have built their squad on an “analytics-first approach” and why we’ve decided to move away from that in the belief this agent-first approach is better?

You’ve made a very valid point. Raul should be questioned, he drove Mislintat out of the club. Mislintat is great at finding players, he got us Leno when everyone said that Leno was 5th choice for Germany.

We expected Raul to bring great players or promising young players from Spain. Where are the top top quality signings made by Raul from Spanish football?

Instead he signed underwhelming players like Luiz and was probably looking to sign Kurzawa, fans aren’t blind. His contact based approach is regressive. His wheeling and dealing should be preceeded by quality scouting.

This is a very valid and important question to ask, the future recruitment’s and tactics needs to be properly structured on basis data analysis.

Arseblog’s Mission: Raul Out has really gone into overdrive in recent weeks. It annoys the fuck out of me how people show no objectivity on the subject. Can I ask also how you know that Gazidis was hell bent on Arteta but Raul wanted Emery? How do you know that? Fact is, no one knows that and everyone is just guessing.

Facts don’t matter anymore. Personal opinions, however biased is what counts, perceptions over facts. This is a country that voted not once not twice but 3 times for Brexit.

Critical thinking is non existent. People read stuff on the tabloids and take it as fact without bothering to check if it has the merest semblance of truth.

Raul sucks- he is clearly in the position only to serve his bank account and personal prestige, and his actions over the last 18 months are a huge reason why we find ourselves in tenth place at present.

I’m not defending Raul at all by the way. In the summer everyone was saying he was the best thing since sliced bread and now it seems he’s worse than a member of Isis with corona virus.

My point is that, unless you have access to the board and are a witness to their meetings and negotiations, we are
just speculating.

My guess is that he wasn’t that good then and he isn’t that bad now. We aren’t in tenth place due to a single factor.

Which actions are you referring to?

Amazing that these people who seem to think they know better than the rest of us don’t want to listen to criticism, then wonder why fans might be rude to them after dismissive behavior…

There’s a hell of a lot of baseless conjecture and outright stupidity in this thread regarding the running of Arsenal – from the usual miserable bunch!