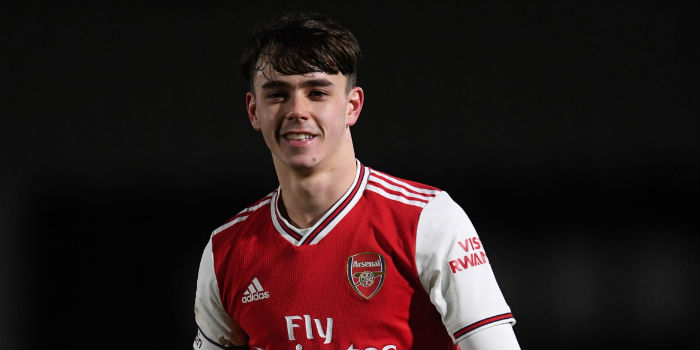 Arsenal have confirmed that Robbie Burton has joined Croatian outfit Dinamo Zagreb in a permanent deal.

The 20-year-old midfielder looked decent when he featured during the pre-season tour of the US on Freddie Ljungberg’s recommendation.

Unfortunately, given the competition for places, he hasn’t been able to make the breakthrough at senior level and he’s seemingly decided his future is better off elsewhere.

A move to Croatia is certainly unusual for a British player but it’s not like Dinamo Zagreb are a small side. They regularly play Champions League and Europa League football and notable alumni include ex-Gunner Eduardo, Mateo Kovacic, Mark Viduka and Robert Prosinecki.

We wish Robbie all the best in Zagreb.

They are great side for developing young talent.

How you can forget Eduardo 😀

wish him luck, seems a good move to try and get established somewhere.

A brave and unusual move for him, I wish him all the very best and hope he does well.

That’s an interesting move. He should be able to get some regular playing time there and if he does well a bit of Champions League exposure will do him no harm at all. Good luck to him.

hopefully we have an acceptable buy back clause…

No buy back clause

How’s that work? Aren’t we outside of the transfer window?

Seems smart though, get out before the end of the year when European transfers like this are surely going to become alot trickier.

Did we get any money?

Good luck to Robbie! Reminds me of Chuba Akpom, who also found regular football on the Balkans. (And Asano, of course, just not sure if we can count him as a real Arsenal player..)

The few times I saw him play, he seemed pretty good. Very confident and a good passer. Why not loan him to Brentford?

Maybe he didn’t want to. Maybe he wanted something different and was offered a god deal with good prospects there. Players have choices and opinions too.

That’s a good move for him. Big club in a beautiful part of the world. Language might be a bit tricky tho.
Out of the blue, but good luck to him

I hope there is a buy back option available

Hope he makes a good career out of the opportunity.

Great to see many of the local lads now going abroad for career advancement and making good.

Willock particularly has grabbed opportunity with Guendouzi as example and really excelled.

Still plenty of work to do with him but very positive things (particularly as an impact player) from Joe.