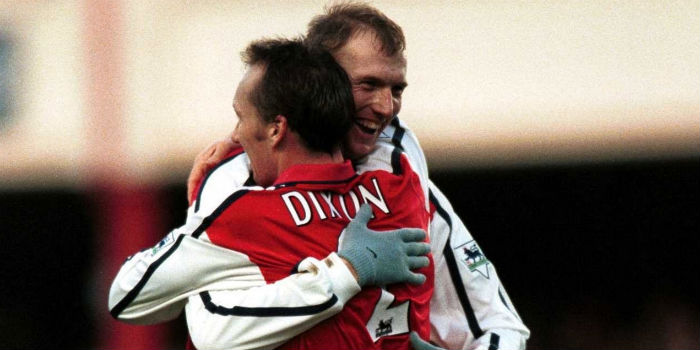 The Maldives FA have confirmed that Igors Stepanovs has been appointed head coach of the country’s under-19s.

Igors was on Arsenal’s books for four years during our ridiculously trophy-laden 2000-04 period.

He was part of the double-winning side of 2000-01 and won the FA Cup in 2003 but missed out on ‘Invincible’ status because he was shipped out on loan to Belgian side Beveren in 2003/04. In total, he played 31 times for the Gunners.

The former Latvia international spent seven years coaching his country’s under-17s before this new opportunity presented itself. It must have been hard swapping Latvia for the Maldives; a chain of 26 atolls in the Indian Ocean which are popular with honeymooning newly-weds.

The Maldives rank 155th in FIFA’s current rankings and, according to Latvian publication Sportscentsr.com have never climbed higher than 124th. They also report that the under-19s have won only one game.

The only way is up. Good luck to Igor, we’re quite jealous.

Nice pic, looks like he could use some sunshine. Seriously though, great to see people dedicating their careers to coaching young players, even in unfancy players. Good man, Igors!

what’s the honeymoon period at under 19 level?

Anyway he might bring them a winning mentality and they live happily ever after.

Hope they stick with him through better or worse

A few errors of course here, however, surely at the end of the Liverpool invincible season this year, the youth team that played in the FA cup surely will be able to claim this title, its the players outside the field that push and support those on the pitch .. just saying , so yes IS is most definitely an invincible !

Ray parlour got him a four year contract. Martin Keown is seriously annoyed.

It’s a tough job, but somebody’s gotta do it.

Stepanovs to coach Big Smoke’s team. (Sorry, the gentleman in the picture reminded me of someone! Well done Igors, best of luck, you absolute legend!:)

Good luck to you Igors. Must’ve been really tough accepting this appointment… I kid.