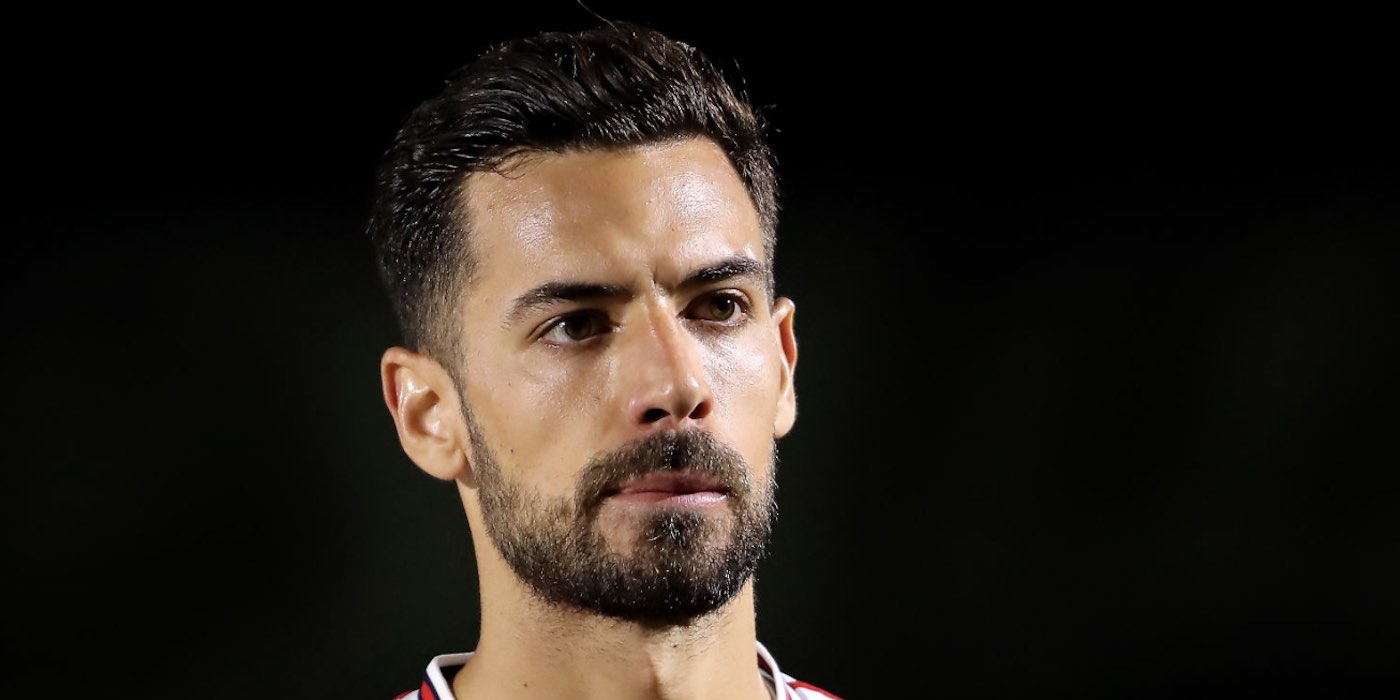 As Pablo Mari made his Arsenal bow this, playing 45 minutes against Chelsea for the U23s, teammates Hector Bellerin and Dani Ceballos watched on.

The Spanish duo were there to support their compatriot, who signed on loan from Flamengo last month.

Due to the Brazilian schedule, he hasn’t played since December and is still working on his fitness, but Arteta seemed pleased he had the support of his fellow Spaniards and admitted he’d been taken aback by the way the new man had trained.

“I was very glad that those two were there to support him,” he said.

“When he joined the club he hadn’t played for a long time and he had a little niggle as well well when he joined us, but his attitude and commitment has been really, really good and highly surprising.

“He did really well the other day and hopefully we can start to use him soon.”

Arteta was also asked about Matteo Guendouzi who was left out of the squad for the win over Newcastle following a bust-up in Dubai.

The boss refused to go into specifics, but again made it clear that he has standards that must be upheld if players want to be involved.

“I want the best players for the game and I select them in relation to what I see on a daily basis.

“I just make my team selection and the squad is selected in regards to how they play, how they train and how they behave.

Great to hear positive things about him from Arteta already! He offers us something a bit different as a left-footed CB so I’m curious to see how he fits into the squad

I reckon as a left sided centre half

I hope he is a surprise… Thus far we have thrown numbers at the problem which has plagued us for a long while now to no avail…. 1) Sokratis – Nominally our more consistent performer but not entirely sure why he has been sidelined for 3 matches now. Will he stay in the summer? 2) Mustafi – Climbed back up the pecking order much to the annoyance of many here I am sure. Many good attributes some choose to ignore but has calamity gene been trained out of his system yet by Arteta? Can it? Questions this summer. Good performances… Read more »

Could you expand on that a little?

I thought I had the copyright on that line mate?? 🙂

Mine from a few weeks ago was “could you expand on that?” I’ll see you in court!! Lol

You clearly haven’t been watching Saliba.

Santori blindly sticks to a narrative that suits his useless comments.

Mari rated the bests central defender in Brazil and rave reviews for Salibas. Always so negative.

Sometimes I think Santori is a Russian bot programmed to inseminate contrary opinions with unearned superiority. It’s like an AI trying to write song lyrics, it reads well enough to sound human on the surface, but repeats phrases nonsensically with no relevance to the topic, and cannot reply coherently. Therefore I wish to publicly state I hold no illwill toward he machines and may we all prosper under soynet’s glorious reign. 😬

Soynet though? lol you guys are too funny

We have quantity not quality when it comes to CB position.
Now we’re linked with Tah who is also average.
Anyway, Tim Vickery seems to rate this guy. Let’s wait and see what he can do.
Probably our second best ball playing CB after Luiz at the moment.

Yep that’s how you handle trouble in the squad. Be consistent with it, instead of singling one player out to stamp your authority..

I wish Arteta was my boss.

I wish he were mine too. I’d then be a professional footballer playing for Arsenal. What could be better!

Apply for the ball-man position. You just might get lucky.

History and Revisions
Reply to  Manganese

Apply for the man-ball position. You just might get lucky.

Arteta’s line about ‘the way we live’ was interesting. Assuming, given the location, he wasnt on the piss, I wonder if Matteo was caught with a crafty fag?

Alcohol is permitted in Dubai but not in the other Emirates.

We’re well overdue in hitting a winner with a centre half, we’ve had some absolute shockers.

Hopefully Mari works out, would take a lot of pressure off this summer.

Arteta should play him as full back or left back

arteta should play him as full back or left ba..and make Saks left midfield

I was backing Arteta to manage the club even before Emery was selected… He is not only developing the performance of individuals and the squad in general, but also you can see he is doing all what it takes to develop a positive culture…. for me he is came home not only he wanted the Managerial position, but as he love the club as much as he does when he was a player…. ‘A True Gunner’

Don’t mess with the Boss, Guendouzi.