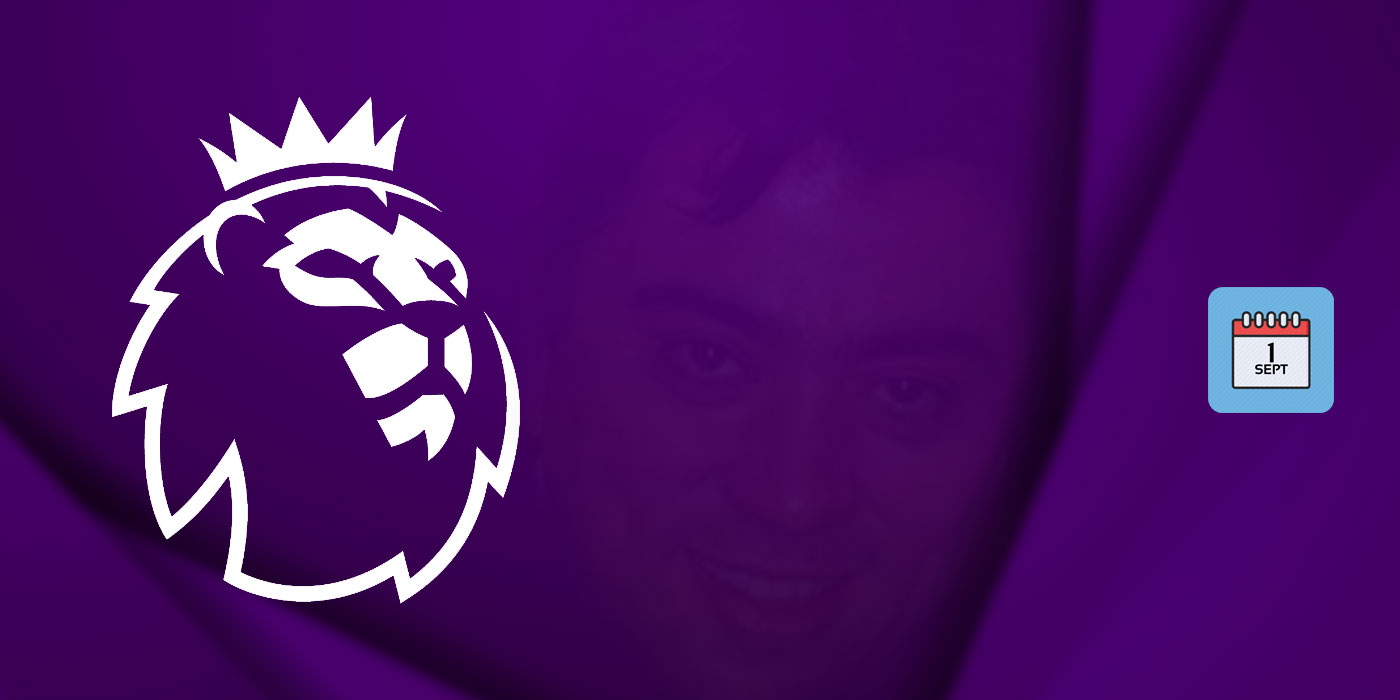 Having experimented with a transfer window that closes before the first game of the season, the Premier League will this summer fall back in line with the other European leagues and extend the period until September 1st.

After two years of having to finalise squads ahead of the season’s first fixture, clubs will now be able to buy players until the deadline.

While in theory a good idea, the practice of closing the window before the first game put English clubs at something of a disadvantage. While they couldn’t acquire new players, it was still possible to sell – without the ability to replace.

The potential disadvantage for managers is the fact that their squads won’t be settled until 5pm on September 1st, and the way the transfer market works always sees business done in the final few days.

However, a clear, coherent recruitment strategy should offset that, which is why as Arsenal fans we have nothing to worry abo …

Arteta on transfers: we have time but we’re clear about what we’re trying to do

yay 2 more weeks of click bait articles that get you hopes up! 🙁

Or another Mesut type of deal.

Let’s hope we can buy someone with the creativity that Ozil produced in his early years. The fastest player to 50 assists and helped us win 3 FA Cups. You obviously have a short memory

I agree with the concept but it only works if all of Europe fall into line which we know they won’t. So it’s pointless.

That’s exactly why it’s been extended

Align with our European neigbours, the countries we do most of our trade with?? what kind of madness is this??

I thought we voted to be able to set our own rules and be independent of Europe. Let’s go crazy!

Rubbish. The shorter window focuses the recruitment strategy as well as ensuring that everything is settled, before the first ball is kicked.

This is yet another sop to ‘Agents’ who – again – will be the big winners with more commission fees and the like. And more disruption. The Clubs and of course us fans, will be shafted once again.

So no surprises there. ?

WTF would anyone thumb that down?

Well, he’s arguing the shorter window was better because it ensured things were “settled” when it closed.

Premier League clubs, and particularly coaches like Klopp and Pochettino, bitterly complained about European teams trying to unsettle their players after the shorter window closed.

A “sop to agents”? What is with these anti-agent conspiracy theories on here?

Not sure there is anything conspiratorial about the intensifying realization that agents do a whole lot more than just facilitate a transfer with their expertise and collect a grossly exaggerated fee — individual agents can be a driving force in a club’s recruitment activity. That is worrisome to fans because the agent is not, first and foremost, guided by what is best for the club in question. That is especially worrisome to Arsenal fans because Raul has a handful of agents (as has been well reported on these pages) with whom he has a close relationship and who appear more… Read more »

Yeah I get the general issue with agents, but they have nothing to do with re-aligning the transfer window closing date. That’s something Premier League coaches requested, for valid logical reasons. As far as Arsenal’s transfer policy goes, where is the actionable allegation against agents here? So-and-so agent being “Raul’s friend” doesn’t cut it. I read Arseblog’s well-written and researched columns too. None of them contain the credible accusation of wrongdoing that *some* fans on here have interpreted them to mean. We should *expect* a director of football like Raul, or a man who held a technical position with Brazil’s… Read more »

Man, tone down the rhetoric — no one is conspiring, no one is witch hunting, and nothing is going to stop agents or Arsenal doing what they do and generating a lot of money in the process. Not quite sure why you are getting so worked up over this. No one said anything about “wrongdoing” or something illegal. People have always, and always will be, suspicious of the middleman who collects a massive fee for facilitation — aren’t footballing bodies beginning to worry about the grandeur of those fees and their impact on the game? As for Raul and his… Read more »

Wait what? You wrote “Raul’s friends are hovering at the Arsenal transfer dining table” and “raking in Arsequid/Arsebucks hand over fist”.

So I asked if there was any actual evidence of wrongdoing – and your response is ‘tone down the rhetoric’?

Yeah, I mean, these agents get paid a lot of money, don’t they? Or are they just operating in the best interests of the Arsenal football club?

Never said any wrongdoing, but doesn’t mean one can’t raise eyebrows and connotations. Used the moniker “Arsequid/Arsebucks” to make it clear that no one is receiving money illegally, but rather these monies are derived from Arsenal coffers — fairly and legally — but also why agent fees might rankle some fans. Still think your “witchhunt” and “conspiracy” are out of line with the current discourse, but you appear to be above reproach.

Concerns about agents are understandable. As the Premier League TV rights have gone up about 35%, clubs are spending more, wages are rising, and payments to agents have also risen about 30% to something like 220m (all clubs totaled) in 2018.

Still, it’s a bit of a conspiracy to suggest we’re buying players and enriching agents *purely* because those agents are ‘Raul’s friends’. No use tap-dancing around it and moonwalking it back.

That’s not just a raised eyebrow. It actually is a wee bit witch-hunty.

Because Rob67 obviously forgot the part about other European clubs still being able to buy players from the Premier League after the EPL window closes?

Its time. Maybe they will also get in line with VAR too. Footbal is a global game now and needs to be synchronised to avoid problems.

We’ve got too many players on our books even with European football. Without it, clubs will be able to count, and we’ll either be forced into a fire sale, or clubs sniffing around for late loans, knowing we don’t have enough games to go around. We’ll be in such a poor selling position, again…. We’ve got a first team squad of 32. Three of those are inward loans. Five are outward loans. 17 of the players we own, are non-homegrown 12 are homegrown, or have the potential to be classed as homegrown, once they reach their 21st birthday. 7 won’t… Read more »

With every Rich post, there is so little to look to forward to … 😉

My post has nothing to do with optimism or pessimism.

it’s basic numbers, an accurate observation of the landscape of our current squad, and the effects it’ll have on any planned transfer business this summer.

if we buy early? We become even weaker sellers than we already are.

I don’t think there is much to look forward to, this mess has been 12 years in the making.

We’re in big problem, and I have little faith in the current power structure to put it right.

Uh, ok, but the words you use convey considerable pessimism, and frame those numbers in doom. It’s your right to be miserable, to connote despair at every turn, of course, not unlike soothsayer Santori, but why not breathe a little hope in there and expect the unexpected for once? We’ve got a great manager, a good team that can be much better than they are (and hopefully will be), and a very bright future in the form of Smith-Rowe, Nelson, Martinelli, Saka, and Nketiah, not to mention Guendouzi, Chambers, Holding, Bellerin, and Tierney. I’m not a fan of Raul’s way… Read more »

Arteta deserves time, but to say he’s a great manager, is premature. Judging by our January business…. the only ones exerting any control of our club, are agents. I-tried pleading patience with Emery, but also correctly predicted in the summer, he’d be out of a job by January, and also said we’d then go on to having our worst finish since 1994. I certainly don’t buy into the idea that our problems are coaching ones. We’ve got some talented young players, with Saka the cream of the crop. But I’ll make another prediction, Arteta will be out of a job… Read more »

Hope is always premature, by its very nature. Arteta has proven thus far that he has everything but experience, and that will come, as will our results. Our current situation is obviously far from ideal, and we have a long climb ahead of us, but I don’t see it as dire as you do.

Arteta has proved nothing, other than he speaks and communicates well.

There’s been no improvement, we’ve played well for 20-30 minutes in some matches, and for 40 against United.

But other than that, the performances have been just as dire as when Emery was here.

This isn’t a criticism of Arteta, I think he’s right up against it.

But we’re in big trouble, and when you look at the makeup of our squad, and the effects of potentially no European football next season.

The writings on the wall.

We already have the youngest average team in the Premier League, William Saliba to come, and a promising new head coach whose project needs backing.

My brother, a Liverpool fan, loved to rant and rave about how badly-run Liverpool were. Then they hired the right coach.

He still complains though. Some people just find it enjoyable I guess

Rich is right. We have a bloated squad. We need to cull. Cbacks alone we have potentially 8. We need to down select to 4 (maybe 5). Even with Mustafi and Luiz gone we may have to get rid of one more maybe Chambers. Others will likely NOT be in our control. We may lose top end forwards, we are bracing for Auba but it maybe BOTH Auba and Laca which will not be good. In central midfield Ozil is frankly in last season with us (Expires 2021), we need to start thinking of the future. Ceballos again may not… Read more »

Santori. The solution to all Arsenal’s problems. Enlighten us oh great one.

Instead of moaning about being disadvantaged the clubs could’ve just said we aren’t selling after our window closes. Everybody’s happy.

That’s not the point…

The problem is we are disadvantaged because certain players will hold out longer in window since Europe doesn’t shut till later.

Which means we cannot follow and push down on price late on.

Is it me, or isn’t is common sense to assemble a squad as soon as the window opens (or as quickly as possible) so that you can have your squad together for the ore season?

But no, let’s do everything at the last minute as usual :/

Santori
Reply to  Right Across Sunderland!

Its just you and clueless people. That’s not how the market works. We have a finite budget. Nominally the teams who buy early are the ones who can throw money (or are willing to) at the problem. If you listen to the pundits and the press (none of whom have managed a squad let alone operated in the market) they will make you soft in the head. You will think buying late is ‘panic buying’ BUT reality is most deals are done at the very end because it s a question of haggling. When you are prepared to walk away,… Read more »

What happened to taking back control.

It’s beyond me how some people here seem to think this is a bad idea! Transfer windows are the bad idea