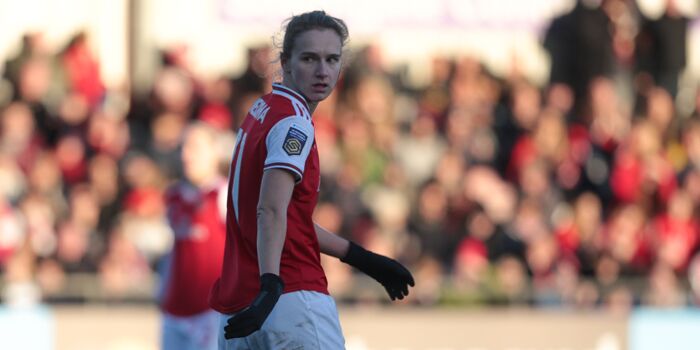 Miedema broke the WSL goalscoring record last season with 22 goals as the Gunners swept to the title. She already has 14 in this season’s WSL and is the current leading scorer in the Champions League for 2019-20. Viv was also part of the Netherlands side that finished runners-up in last summer’s World Cup.

Introducing our BBC Women's Footballer of the Year nominee, @VivianneMiedema 👏

You know what to do, Gooners 😎

At least this one is not confined to journalists, professionals & pundits. Let the people vote…..as long as it’s for Viv👍

100% deserving, Viv is a monster on the pitch and is just 23.. though I think Rapinoe might take it away

Done. Good luck to Viv, stiff competition there, but I have a sneaky feeling Viv don’t care bout no award….. So…. 🙄🙂

I voted for her, she is fantastic and only 23!
Unfortunately I think Rapinoe might win it, great footballer but I don’t care for her personality.

Why do they even bother with open voting when an arsenal player is in the running. We all know what’s going to happen 😉