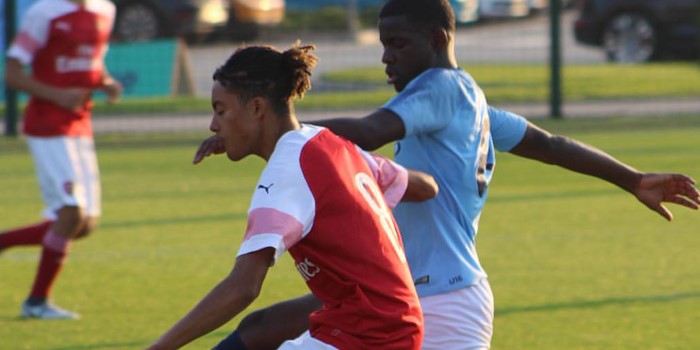 Arsenal’s lengthy wait to regain the FA Youth Cup will go on for at least another year after they were knocked out at the quarter-finals stage by Blackburn Rovers last night.

Despite defender Mazeed Ogungbo scoring late on, it was a hugely frustrating occasion for the young Gunners at Ewood Park as they suffered a 4-1 defeat.

Arsenal fielded a rather young side, with the majority of the players on show still eligible to feature in next year’s competition, while it should also be taken into consideration that Bukayo Saka could have played but has already pushed on to make a major impact at first-team level.

Ken Gillard’s team were lacking in cohesion, and there have been suggestions that the coach could be replaced ahead of next season.

Arsenal U18s have also struggled for results in the league, but there were some talented players on show last night, including the likes of Sam Greenwood, Ben Cottrell and Miguel Azeez (pictured), who are all part of the U23 setup.

Gillard’s side are back in league action next weekend when they host Reading, with an away game against Tottenham Hotspur to follow.