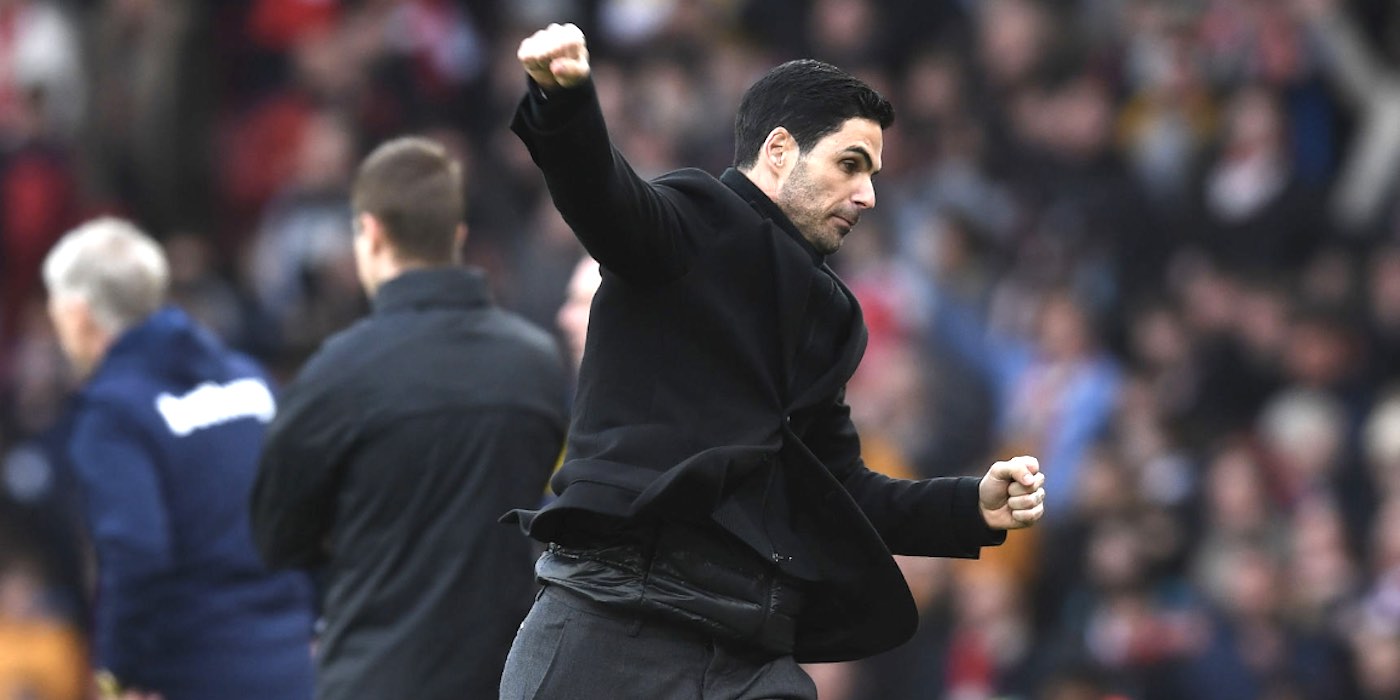 Mikel Arteta has acknowledged that his team weren’t at their best in the 1-0 win over West Ham, but dismissed the idea that Arsenal were lucky.

The Arsenal boss believes that a goalkeeper making a good save – as Bernd Leno did more than once – is down to the quality he has more than chance, and he insisted that big teams ensure they find a way to win a game on days when things don’t always go according to plan.

It took a late VAR review to un-disallow Alexandre Lacazette’s strike, set up by Mesut Ozil, and the manager was pleased with his side’s third successive Premier League win, and sixth from eight in all competitions.

Asked if he thought it was a lucky day for Arsenal, Arteta said, “I don’t believe a lot in fortune.

“We had the moments of luck that we needed but as well it was because we had some really good individual performances at the back. Sometimes to clear the ball, sometimes to make a save.

“I’m really happy with the result because big teams find a way. When they don’t have the best day – which is obvious that it wasn’t our best day in terms of performance – they find a way to win it and you can build from there and learn and take the positives and the negatives in a much better way.

“But the unity, solidarity and desire of the players are showing, at the end it pays a price, it didn’t pay a price a few days ago against Olympiacos here but it did today and football is like this.”

We are getting bigger.

Not the best performance but I’d gladly take 10 more like this.

Isn’t that how we got here in the first place?

No, this is the first time we got 3 consecutive wins in the PL this season.

Yes, and all 3 were at home. Let’s be real here, lol. Away from home, playing like this, we will get nowhere.

That’s true. Good that we can make a statement away from home soon at the Etihad!

We beat West Ham away from home and in all honesty they were probably better then than today!

Heh..we weren’t exactly winning under old management were we?
I get your point but 9 or so more lucky wins puts us back in the CL for sure I’d gladly take that. Although i’d obviously prefer us winning games deservedly
and beautiful.

We scored and they didn’t…so how did we not deserve to win?

Ten wins in a row, which is what lettra hopes for, is not how we got here in the first place.

We struggle to breakdown and create chances against teams sitting deep, and we’re always susceptible to a counter attack.

Wednesday provides a different type of struggle, but City have struggle against attacks with pace a few times this season.

90 minutes like the first 40 at Anfield this season, but with better defending and more efficient finishing, and we might be in with a chance,if we try to play football against City? We’ll get smashed, they’re much better than we are.

Then we need to start nelson on the left with direct running with saka, coupled with pepe and bellerin down right direct running and have the fast and deadly auba up top to prevent city’s counter.

They have lost as many games as we have. Hopefully Arteta has spotted why they lost those six games and can get our players doing whatever the trick is to beating them.

Hope your not trying to argue that we’re as good as them (and away from home) because we’ve lost the same number. @Rich is absolutely right, we need to learn to win ugly against good teams. I agree with him Unai’s tactics against Liverpool got ripped by many, but we actually played really well that day and it was a very pragmatic performance. We should have scored (Pepe was very close and Laca had good chances) on the break, we defended well but we conceded 2 soft goals from mistakes (Luiz made a bad blunder). If Arteta has watched how… Read more »

I would add “losing beautifully” to that.. Pool have built their title winning run on winning ugly.. they were lucky to have won so many points at the start of the season..

Thats the secret, play well when you are fresh and fitter at the start and build points, but Arsenal has too many players who are “fillers” due to the cash situation. Hope some of them will agree to leave in summer.

That isn’t a solution. Our cash situation is now worse than it has been at any time in the last 15 years. We can lose a few players, I suppose, but don’t bank on getting new ones in. Whatever is left to us after we sell some will likely be all we can go with next season.

Its about the 3 points. Good to see Arteta isn’t sucked into this ‘transition period’ comfort zone. We need to finish high to stave off an exodus of key players. Ceballos definitely one we must try and keep in midfield. Outstanding work today. BUT also one of Laca or Auba at very least. Currently we are still barely above 10th and there are teams ahead of us who are scraping for every point. BUT hey, Spuds are close and we could potentially enjoy a St Totteringhams again given their great pretensions this season (again) And 5th with 10 games to… Read more »