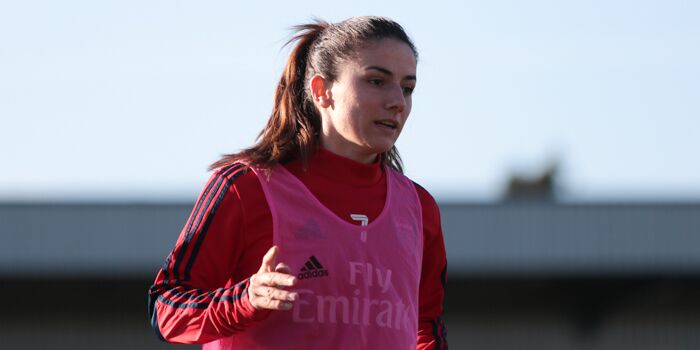 Arsenal Women are grappling with further injury concerns after Danielle van de Donk limped out of Netherlands’ 0-0 draw with Canada due to an ankle injury on Saturday evening. van de Donk’s ankle seemed to give way underneath her during the first half and she limped off the pitch in tears.

Meanwhile, Vivianne Miedema will leave the Dutch camp tomorrow and play no part in Tuesday night’s friendly against France as a precaution. Miedema has been carrying a small back and thigh problem for a few weeks now. She played no part in the 0-0 draw with Canada, but her injury is not serious. Jill Roord was also injured earlier this week, pulling her thigh muscle in training with the Netherlands.

The injuries come at the worst possible time for Arsenal with a Champions League quarter-final against PSG on the horizon. Katrine Veje, Danielle Carter, Kim Little, Lia Wälti and Beth Mead are already out injured, while Katie McCabe will be suspended for next weekend’s North London derby in the FA Cup quarter-final. Jennifer Beattie also did not join up with the Scotland squad due to concussion.

Joe insists on a small squad, this happens every season, he needs to learn.

This is an “epidemic” of injuries. Yes, a few extra squad players could ease the situation or maybe just sign players who aren’t good enough to play at international level!!!

THE most injury-prone team in the league.

Certainly over the last 3 years we SEEM to have suffered more long term injuries than our main competitors and it also SEEMS like a high proportion of these injuries occur whilst on international duty (although to hear about our 3 Dutchies getting injured in one interlull is a bit extreme!). Could it be that lack of rest is the root cause of AWFC’s injury woes?
If we take our Dutch contingent as an example, these women hav’nt had a full close season break for over 3 years. Tired minds & bodies = injury prone imo.

I appreciate Joe and his desire to play the Arsenal way. It’s why we support the club. But, to play at that level in multiple competitions, you’ve got to give key players rest. Especially when those key players are also international stars. For example, it’s ridiculous for Miedema to be on the pitch against lower quality teams. What a perfect opportunity to give her a break and someone else game experience. On the flip side, resting your best players against top quality competition makes zero sense in any scenario. A tiny squad is in direct opposition to his preferred style… Read more »