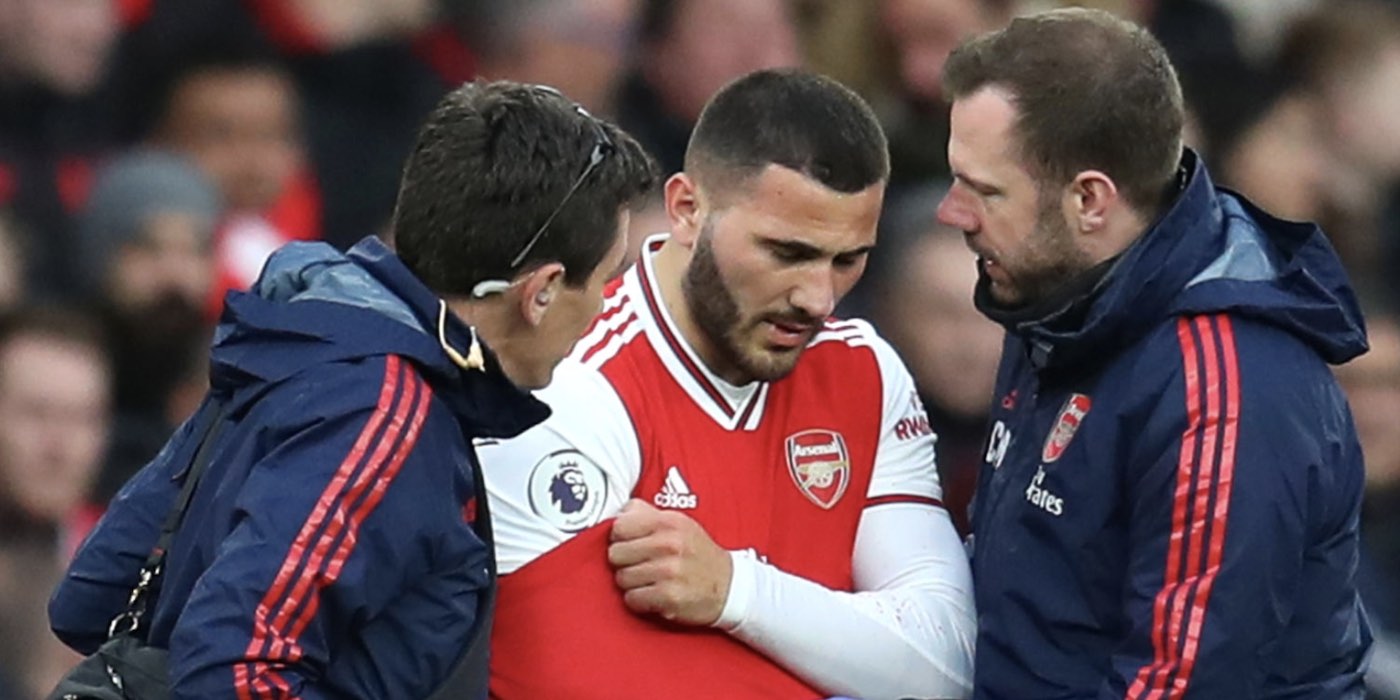 Sead Kolasinac’s shoulder injury will keep him sidelined for four weeks, according to the latest medical bulletin from the club.

The Bosnia & Herzegovina international suffered a ‘significant’ injury to the joint in the win against Everton.

His shirt was used as a makeshift sling as he walked off the pitch raising concerns of a dislocation. Thankfully, he’s escaped that but he’ll still need some time to recover.

Kieran Tierney, who did suffer a shoulder dislocation in December, won’t be available for this evening’s FA Cup clash with Portsmouth but he will return to full training this week. At a time when we’ve leant heavily on Bukayo Saka, the return of the Scot is a timely boost.

In further good news, Cedric Soares is expected to return to training next week. The Portuguese will then be expected to challenge Hector Bellerin for the right-back slot.

Amazing that we have maybe 5 players (including Maitland Niles) that could play left back and are still struggling there!

Good news then. I’m no doctor but His recovery period is pretty quick, or looks like it to me anyways! I was kinda expecting him to be out a couple o months judging by the way Arteta had been sounding about the injury in its earlier assessment.

Come back stronger and better Kola, wish you speedy recovery

Slightly offtopic, but gotta admit I’m a bit worried when to comes to latest performances of Hector. Understand he’s still probably struggling after long injury and surely would welcome a proper pre-season, yet at the moment he seems very soft going backwards and offers very little going forward, compared to the other flank (although that surely is partly influenced by tactics).

Would welcome if Soares managed to put some serious pressure on him. Thoughts?

All you said makes sense. Yes, I haven’t seen Hector putting in a serious cross to the box or make a darting run for a long time, except for the chelski goal which was ofc super-important. He used to be a real attacking fullback, now he is much more conservative, and I doubt that this is what Mikel wants from him.

I happen to believe that Bellerin is doing or attempting to do exactly what Arteta is asking him to do positionally. I am thinking that Arteta has made specific adjustments related to defensive stability and find it unlikely he is asking everybody to bomb forward when we were so weak defensively prior to Arteta. I also happen to believe that not playing positionally where this manager wants you is a sure way to be on the bench

A Different George
Reply to  yen

I think there have been a couple of very good performances recently by Bellerin. The loss to Olympiacos was obviously not one of them but, despite this, I think there’s been a gradual return to form, so I’m optimistic.

Good to have Tierney back soon. Unlucky Kolasinac.

BUT anyone who thinks zero sum game needs to get their heads checked.

I mentioned before we need two fully fit and fully capable fullbacks on each side.

Next season, Saka will(SHOULD) be pushed higher up the pitch (particularly with Auba gone and Pepe still erratic at best for 72m)

Nor has Tierney as yet proven any so called imaginary ‘masterclass’.

He’s been decent but also had defensive culpability and we weren’t exactly winning with him in the team either.

A bit of reality bites.

How the hell was that not a foul on kola..??
Do the English referees go to a different breeding to others..
Quick recovery mate

A different what now?