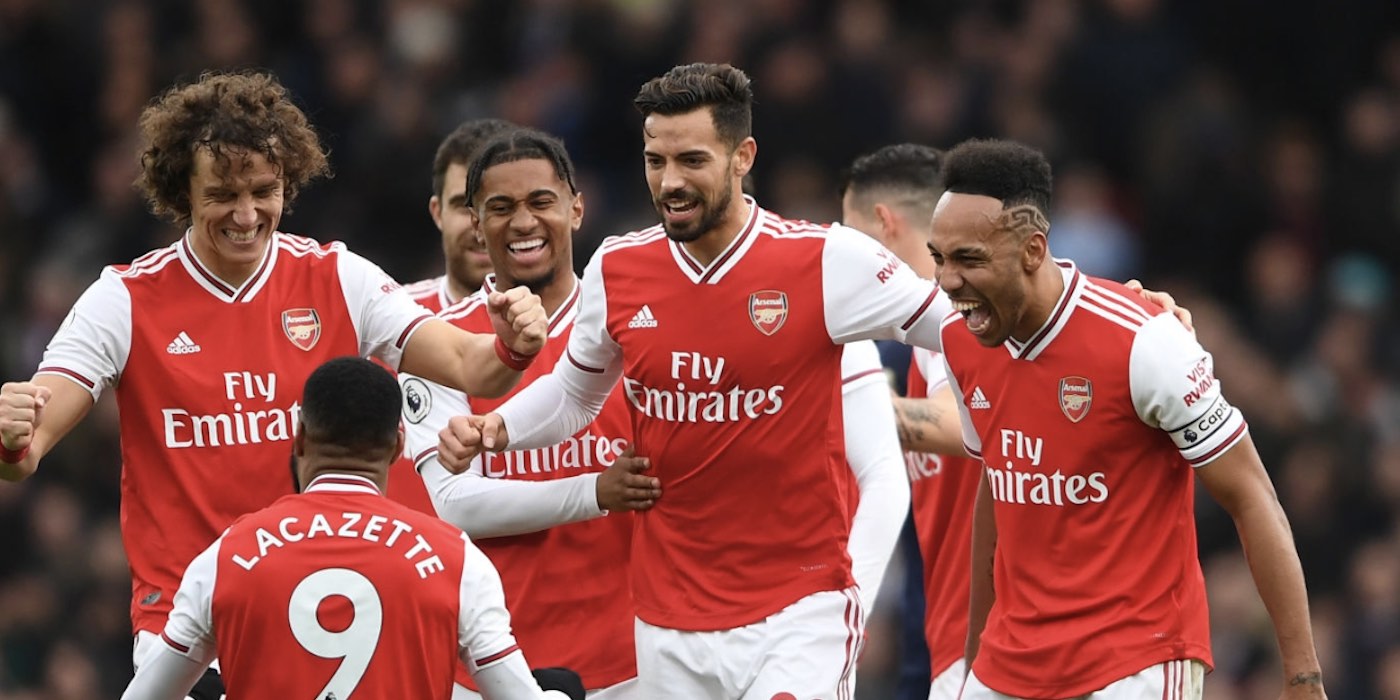 Alexandre Lacazette came off the bench to score the winner for Arsenal as the Gunners beat West Ham 1-0 at the Emirates this afternoon.

The goal itself was originally ruled out for offside, but given after a lengthy VAR review in which the officials could find no reason not to give it.

However, Arsenal also had Bernd Leno and some poor West Ham decision making to thank for the three points on a day when the result was far better than the performance.

It was something the Frenchman acknowledged afterwards when speaking about the game.

“I am happy, obviously, to score that goal for the team, but we won three points today and that was important for us in the table,” said Lacazette.

“It was hard, and a difficult game, we are lucky I think. I think they deserved more because they had a lot of chances.

“Even with the save from Bernd, it was amazing, but this is football sometimes you don’t win even if you deserve it.”

It was another match-winning contribution from the 28 year old, who scored the only goal away at Olympiacos – although the tie itself end badly for us.

He has given boss Mikel Arteta something to think about, as he looks to play his way back into the starting line-up.

“This is my job, to give the manager a big headache because he’s putting together the first 11,” he continued.

“I am happy to score today and we won so everything is good.”

Damn Laca doesnt hold back on the criticism!good to see though

I think Laca and Nelson should start on Wednesday – if we could somehow get 3 points in that, then it will be a fascinating end to the season

cazorla 2015 seems a long time now. I know we are going to lose there though.

If we play the way we did today, definitely. I suppose a point would be grand.

3 in a row. Won while playing with the Olympiacos hangover.

Glad Laca admits we were lucky. What a shit game, shit performece, dominated by West Ham at home. I am glad we won, and got the 3 points, but this is not the old Arsenal anymore. These guys don’t show up really, and the ones that do are just not good enough. We need a new and hungry squad that plays well for 90 minutes. It used to be fun watching Arsenal, even under George Graham. Dark times are ahead, we won’t get lucky like this every week.

Whenever I see your name I start to have a sick feeling in my stomach. You are a negative toxic idiot. Why don’t you support another team like Stoke City

YEAH positive opinions about Arsenal only!

Doesn’t need to be positive comments only, but constructive criticism with a point to it is better than just blindly criticising for the sake of it and wanting likes. There was a time where we would have lost this game, and we didn’t. At this moment in time 3 points are all that matters regardless of how we get them – get to the summer and worry about the squad then. We have what we have in terms of personnel and that won’t change for the next few months, so just get on board and support the team and the… Read more »

Why don’t you watch a few games and then talk?

Remember where we were 3-4 months ago. Progress is being made

Total shit performance though, I agree

I agree, things are better since 3-4 months ago, but the performances and commitment don’t match. This current run we are in now is exactly the same as the one Emery went through with his 20+ lucky unbeaten streak last season. remember that? The performances don’t match the results, sooner or later we will be beaten at home by the likes of Palace and Southampton again with this kind of performance.

Getting performances to match with commitment and having ‘deserved’ after every win doesn’t happen overnight and Arteta has been here for all of 5 minutes. Nor does it happen with players who are still not up to speed – either with regard to effort over a whole match (ie, fitness), concentration levels (ditto) and for a few, perhaps ability levels. It doesn’t help either that so little time has been able to be devoted to depth of preparation – since Arteta’s arrival, they’ve had little of that, and a few days holiday really doesn’t get the job done. Having a… Read more »

Mate we just hit 40 points so we are safe from relegation which I expect you thought would happen. We are also the only Premier League team to win their last 3 games. A bit less negativity would be good no?

Happy, but lucky? Couldn’t have summed it up better.

A motivated and hungry Laca can only be regarded as the best thing for the Arsenal in the run in. Get in lad!

Too many people like to convince themselves certain young players are all too ready to replace senior players that have fallen out of their favour for whatever reason. There was Holding, then Mavropanos with imagined better qualities than they had (taking nothing away from them) Some were beginning to have a moan about Lacazette and how Nketiah could replace him. BUT night and day when Laca was on for us. He controlled the ball better and with more nous. And he got his just dessert with a predatory finish. He should be starting the games. Let Martinelli (my preferred choice… Read more »

We won, at this point in the season, how doesn’t matter, move on and be better next time..