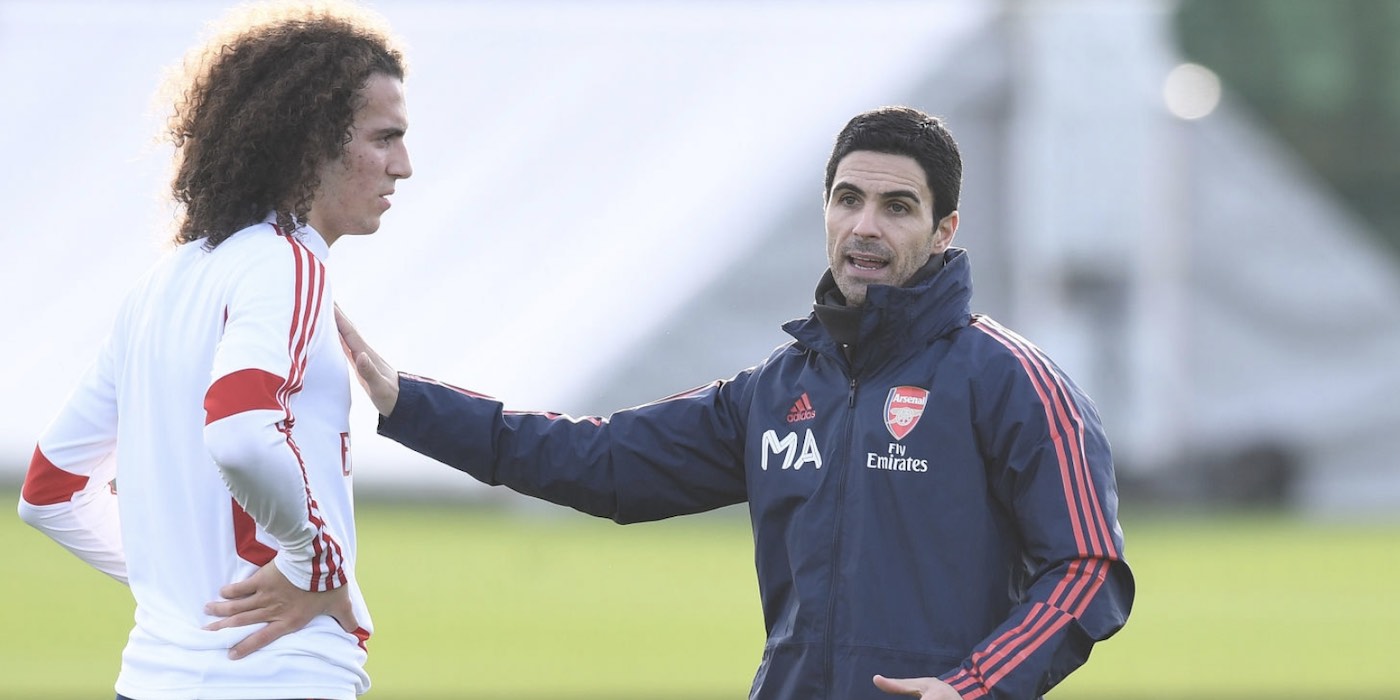 Matteo Guendouzi’s absence from the travelling party to face Southampton is down to ‘squad management’ says Mikel Arteta who wouldn’t be drawn on whether disciplinary issues had been a factor in his decision.

The France international got himself involved in a scuffle with Brighton’s Neal Maupay at full time of Saturday’s 2-1 defeat at the AMEX and was lucky to escape without a ban after VAR reviewed the incident. His compatriot later accused him of lacking humility with stories leaking that our midfielder had goaded the home side with taunts about his bigger wages.

Asked whether the situation had played part in his decision to shuffle his pack at St Mary’s, Arteta told Sky Sports: “It’s squad management. Whatever internal issue we have, we deal with it privately.

“The needs of the team and football club are always the same, put the best players on the football pitch that are 100% focused to win the game.”

His comments aren’t too dissimilar from what he said in Tuesday’s press conference when the media were similarly interested in Arteta’s take on Guendouzi’s role in the melee at Brighton.

“My job is to make sure that we all behave in relation to the shirt that we wear,” he said.

“What happens on the pitch, I played for 17 years and it stays on the pitch because you can mould and change in words and context very easily and you shouldn’t be doing that at all. But obviously we showed frustration.

“In a way I like it, because it means that we care about losing and we don’t accept any defeats. But I like that reaction earlier rather than after football games.”

He later added: “It’s not about [Guendouzi] learning, it’s about experiencing certain things and some behaviours that you expect as a manager and as a club, to represent each other and ways to show frustration or happiness.

“We have so many different cultures in our team and they’ve been educated in different ways. I have to understand and accept that but within that we then need to know that we have a route, a certain way and some values that you have to be within them.”

While Arteta might say it’s ‘squad management’, you can’t help but read more into it when our options in the centre of the park are limited.

Dani Ceballos and Ainsley Maitland-Niles have both spent time on the naughty step this year, it looks like it’s Matteo’s turn.

We have been far too ‘nice’ for a long time. Maupay would have been destroyed by the Invicibles. If Guen is dropped because Arteta wants him to learn to get revenge earlier, great.

But if he is dropped because Arteta doesn’t want to see that type of behaviour at all, then I despair.

And David Luiz coming into the lineup moment he can, that is what? loss managment? 4 pens, 2 red cards gets you new contract, somehow this is the “new culture” at the club?

When members of your squad get caught acting like idiots, they’re punished. I don’t care what or how, but I’m glad the issue is being dealt with and not ignored just because he escaped FA punishment or we’re light in central midfield. Well done Arteta for sticking to his principles.

Looks like Guendouzi was the player who banged Martinelli’s knee. Ha.

I would keep Bellerin, Tierney, Leno, Saka, Nketiah, Martinelli, Nelson, Willock and Smith Rowe and put the rest up for sale. These players excepted its a dreadful squad of players..

Yeah honestly, why would you bother trying to keep a proven goalscorer like Aubameyang. Waste of time.

Slagging the other team because he earns more, he’s an Arsehole, Needs some manners put on him.

Oh, you heard what he said? Or are you taking the word of that @unt maupay?

Come on. People so quick to jump at rumors and wotnot.

No didnt hear him, But there’s no smoke without fire, any player at his age causing you this much Drama had better be the next Ronaldo / Messi. He’s been bang average for a while now, attitude stinks, apparently is now open to leaving, good riddance

Arteta said something vague and subject to interpretation!

Let the pearl clutching and player slagging begin. Because after all, we are Arsenal Football Club supporters, and act like a pack of whiney twats.