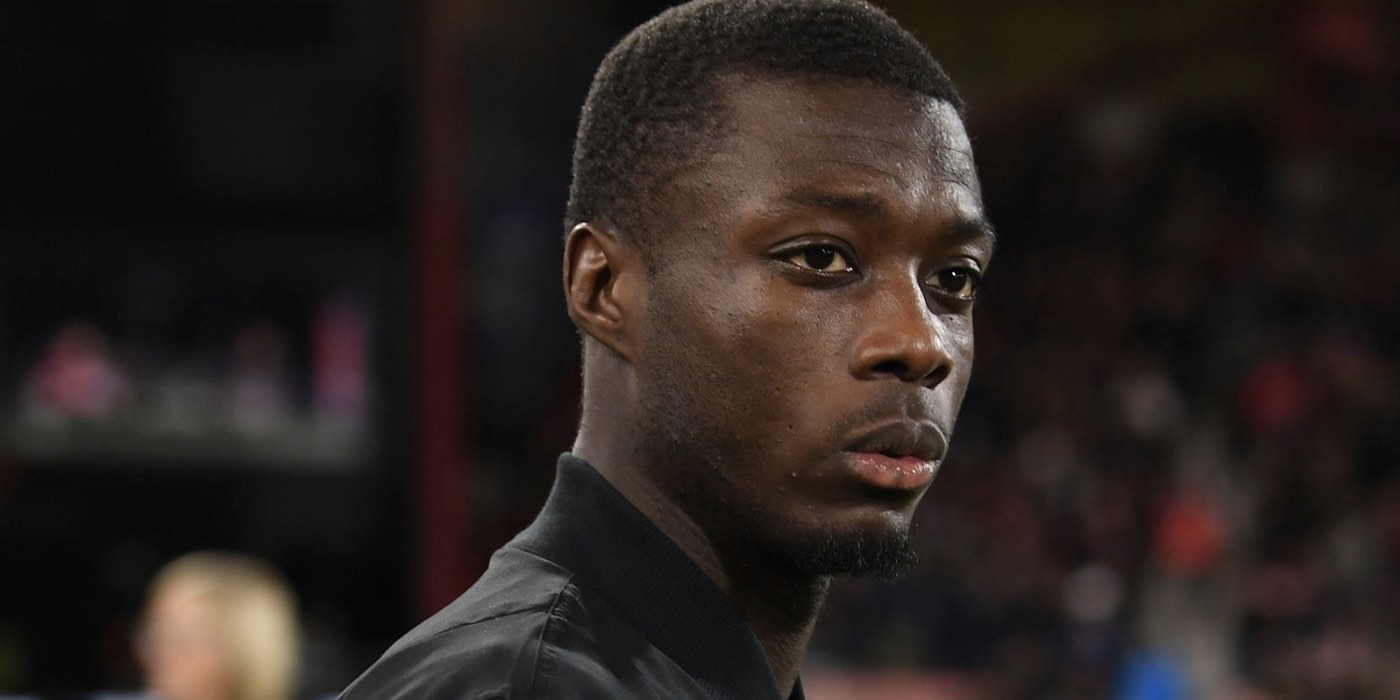 The absence of Nicolas Pepe from the starting line-up against Man City on Wednesday raised some eyebrows, which were raised further again when he wasn’t even used as a substitute.

However, Mikel Arteta has revealed the club’s record signing has had some fitness issues of late, which played a part in his decision making.

He also made it clear he feels he can get the best out of the former Lille man, but has called on him to take responsibility for his performances.

Arteta was understanding of the challenges Pepe has faced since his big money move last summer, and sounded positive about what he can bring to the team, yet put the ball back in his court a little too.

“It’s clear that his consistency has not been at the level he can produce,” said the Arsenal boss.

“He’s the first to accept that. That’s what I’m going to demand of a player of his level and calibre.

“He has to be producing every three days at the level that he can be. He has to be a player that can make the difference, that is a threat, that generates fear in the opponent and gives us a big threat in the final third.

“His work rate has to be related as well with that kind of performance. He knows that. He’s such a nice kid. He’s trying really hard. You have to accept as well, the timing and the way he has adapted for the first year.

“A lot has happened for him and we have to understand that. He’s willing and I’m sure we’re going to get the best out of that. I’m convinced of that.”

And with regards to what he needs to do to make progress, Arteta is looking for consistency in his end product, something he acknowledges is a challenge.

“It’s taking the flash moments into a consistent mode,” he continued. “That, for a creative wide player to do it, is a big task.

“Every detail has to be taken into account because it makes a huge difference. His mentality as well, his mindset has to all the time be like that; to win the game for the team.

“He’s one of the players in the squad that can do it and must take the responsibility.”

At Man City, Arteta worked a lot with players like Raheem Sterling and Leroy Sane, helping to improve and develop them, so hopefully he can do likewise with Pepe. The talent is clearly there.

At £72m, this is a transfer Arsenal can’t afford to see fail.

Player can’t produce if you take him out every 3rd match, 4D chess Arteta. If you don’t give Pepe run of basically the entire end of season, you failed on every level imaginable. Last game 5 peple out of contract/last year of contract played. Not two (Martinelli, Pepe) that commited their long term future to this club. Piss off people that are here, out of contract leave/sold.. Who’s left? Mustafi on extension?

But have you seen Mustafi running down the wing?!?!
Woof!

But why does Pepe deserve more of a shot than Saka or Nelson or Martinelli? Arteta presumably knows the players’ strengths and attitudes from training, and picks accordingly. He didn’t sign Pepe so won’t see any need to pick him simply to justify paying 72m quid for him.

You have to know yourself to survive at Arsenal. We’re not a nursery, it’s your duty to remind yourself that you’re the best in the world and even if you’ve been out for one year, I need you to look down on the talents of the opposition defender and goalie the moment you see him and attack him directly. Take responsibility, I’m loving Mikels mgt, Worldclass stuff. Running Arsenal like a drug cartel, tight ship ?

He has never convinced me that he can be the player that wins us games. He has some nice touches but ultimately a little predictable and easily brushed off the ball. A poor man’s Hleb. If I didn’t know he cost a kings ransom, I’d be looking to use him from the bench away and probably give him the first hour at home. I hope he improves and proves me wrong, but it sounds like Arteta is thinking on the same lines.

He’s shown enough to me that he will be a great player. Remember it took Pires a season before we saw him at his best

If he becomes half the player Pires was, then we will all be happy.

Well said. I like Pepe. His performance at West Ham showed everyone what he is capable of. He needs a run in the side – and he’s another player who should have started against Manchester City.

easily brushed off the ball

This is the opposite of my observations of him. His best attribute seems to be that opposition players, even in numbers, find it very difficult to dispossess him. See how he played against van Dijk earlier in the season. He has this weird gangly style (even though he’s not tall) that makes the way he moves the ball really unpredictable.

His problem is his decision-making, which is hopefully will be addressed as he gets more relaxed in the league. And let’s remember he was playing regularly and pretty well when football stopped.

Needs more game time. 6 goals and 6 assists in about 24 games isnt bad, considering what we were like under Emery. If he was in a more functional team, his figures would be better.

Even a player of Messi’s would find it difficult to perform week in, week out in this team.
We are bang average.

I hope so but I won’t bank on it.   Even if he starts to kick in, we have Nelson pushing and Saka. Martinelli also function on left if/when Auba leaves.   BUT I think we need another creative player who can dribble bc Pepe loses the ball way too often (Ditto Auba)   Would like to see Ziyech (As recommended by Overmars) or Fekir (Persuadable at Betis)   BOTH can function across the line but also play just behind the striker (in Fekir’s case he has understanding with Laca)   Given Ozil is waning and into last season next… Read more »

You all may possibly laugh at what I’m about to say. You may all even pull a Liverpool on me and ask what I’m smoking…. BUT… I’ll risk it anyway ‘cos I’m ‘gangsta’ like that… Anyway, I digress. What if the unthinkable ‘does’ actually happen? What if we don’t make Europe? What if not one (Aubameyang) but our TWO main strikers leave for pastures new to seek Champions League football? I.e Auba and Laca? What if, due to the current crisis, it is just not financially possible to get one, let alone TWO replacements. All worst-case scenario ‘what ifs’ but… Read more »

If they both left, then it would be one of the options that Arteta would try for sure. As I wrote above, it’s not an option that immediately appeals, but you have to cut your cloth….

Not gonna shoot you down because I believe we saw him play at least a portion of a match up top in part 1 of this season. I don’t recall but think it was Emery that put him there, maybe Freddy. It wasn’t his natural position, but I don’t see why he couldn’t be that ‘in the channel’ striker the way Auba is.

Needs some serious work on his finishing though. Good on a dead ball from what we’ve seen, but needs to do it on the run a bit more.

If auba and laca left, we should have $ to buy 1 replacement. If we spent the $ on a powerhouse CM or a CM and CB, i’d sell pepe and buy a proper striker.

Your suggestion that laca and aubameyang would be replaced “in house” with “lans” pepe the striker (also allowing saka and reiss more of a chance on the wings) Is so arsenalish I fully agree with you before the fact lol.