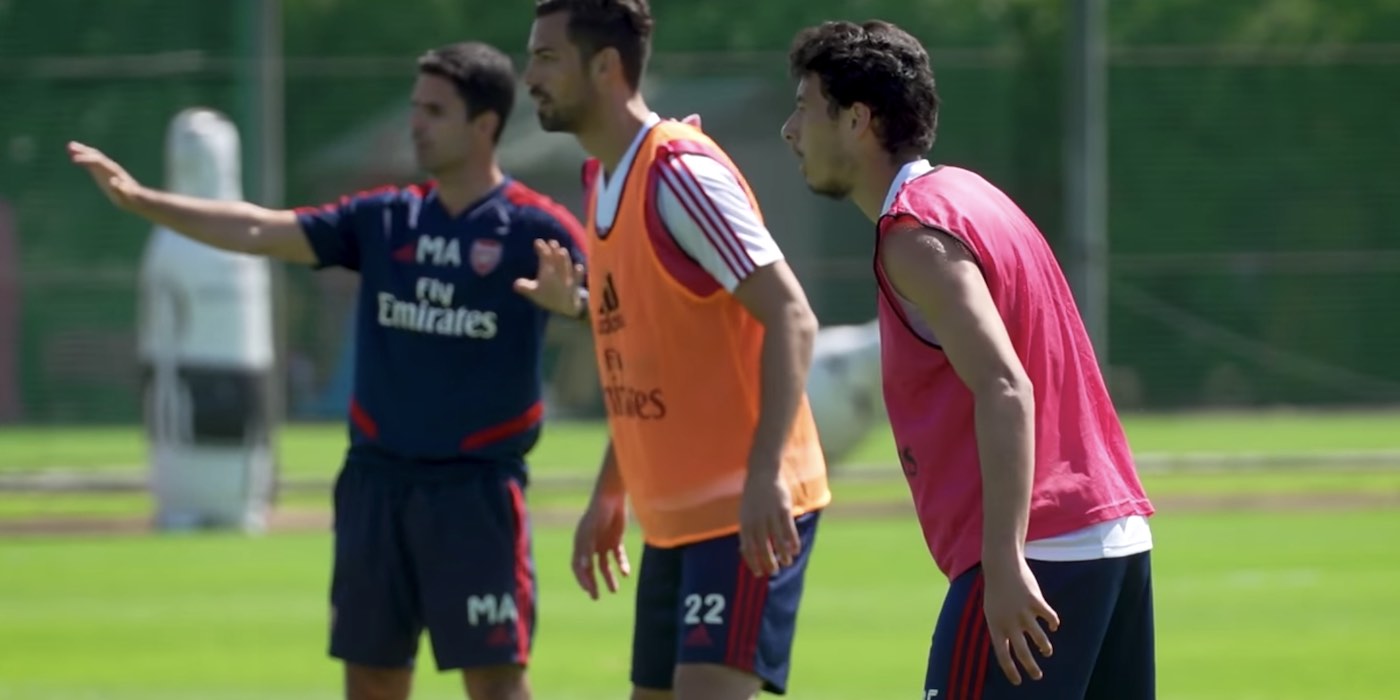 Earlier today Arsenal confirmed that Pablo Mari had suffered a serious injury. In an update on the official site, they said:

Left ankle injury sustained during Manchester City (a) on Wednesday. This is a significant injury which is currently undergoing further specialist assessment.

There are fears he may require surgery, and as yet the extent of his absence is unknown, but we’re clearly looking at a period of months rather than weeks.

Having joined on loan from Flamengo in January, it was widely expected that he would sign on a permanent basis in the summer. That process has been delayed by the Covid-19 crisis, and as far as Mikel Arteta is concerned, he still wants it to happen.

Speaking ahead of tomorrow’s Premier League clash with Brighton, the Arsenal boss was asked if he still wanted to do the deal because of the injury.

“Yes,” he said. “It can’t be affected because a player got injured doing his job defending our club.”

Whether the seriousness of the injury plays a part in the final decision remains to be seen, but he’s a player the manager clearly likes, starting him against the Champions on Wednesday.

David Luiz’s suspension rules him out of the trip to the south coast, Sokratis is not expected to resume full training for two weeks, and Calum Chambers is sidelined after cruciate injury, so Rob Holding is expected to partner Shkodran Mustafi at the centre of the defence.

Young Academy defender Zech Medley is reported to be in the squad as back-up, with defensive options stretched.

Hopefully, Arteta has seen things in training that reinforce his opinion. Mari simply hasn’t played enough games to leave much of an impression on whether signing despite the injury is a wise move. He only spent 6 months at Flamengo before the loan (though admittedly played well there). This signing – if it happens – is something of a gamble.

Well, it seems it’s a done deal already. Flamengo have reportedly confirmed Mari has been signed to a permanent deal by Arsenal.

It remains to be seen where Mari’s level truly lies, and the scant few minutes he played against City were not enough to be conclusive…

Having said that, his lack of pace was concerning on a couple of occasions. Maybe he wasn’t fully fit going in, who knows.

We used to have a “slow” defender in Per Mertesaker, but he made up for it by reading the game and having Koscielny as a more mobile defender. I would have those two in place of everyone we have at the moment. The player we miss the most out of everyone is Cazorla.

Another bang centre back on top of a list of about 6 bang average centre backs. No one ever seems to take this position seriously or makes the right investment. Mustafi was a disaster and Saliba is 19. We’ve not had a proper worldy defender since Sol Campbell.

Mertesacker and Koscielny were underrated, and I admire Sokratis’ fighting spirit, but I agree with your sentiment. I’m not sure any of our current central defenders are an upgrade on Gabriel Paulista to be honest. We may have been able to save significant outlay by retaining his services.

Hindsight is a wonderful thing, but several people on this blog have questioned the wisdom of splashing out on Pepe instead of Upamecano. Fingers crossed that Mari and Saliba live up to their potential when fit.

I think we should.   Jury still out but no harm bc we will shed a number of players potentially.   Chiefly looks like sokratis won’t renew. Why Arteta insists on trying him at Rback is beyond me when he is one of our more reliable Cbacks.   Then probably also either of Holding will be cut. HOlding may still have some upside, Chambers out injured on loan I believe may have done enough to get a decent transfer and get on with his career.   Mavropanos I don’t think we will continue with either.   Mustafi depends on buyer… Read more »

Considering the club apparently has no money, signing Mari permanently would seem some what cavalier. His C.V. suggests that he is a journeyman player at best. It must surely be a done deal and unfortunately Arteta just has to make the best of it and talk him up knowing that we’re lumbered anyway. All the while we’re having to make do with temporary fixes for problem positions we’ll never be where we want the club to be, i.e back genuinely challenging for major trophies again. I really hope that Rob Holding can find the form that helped win us the… Read more »

Your worth doesn’t depend on your to do list

Has the turning circle of a steam train. All slow twitch muscle fibers.

Well, ‘The Great Defensive Revolution’ needs to start somewhere I guess. Here’s hoping the player makes a speedy recovery and turns out to be the catalyst for a more solid back line.

Unfortunately there will likely be more serious injuries like this one before the season is over due to the limited amount of training and getting the players back into top shape plus the hectic schedule we face.