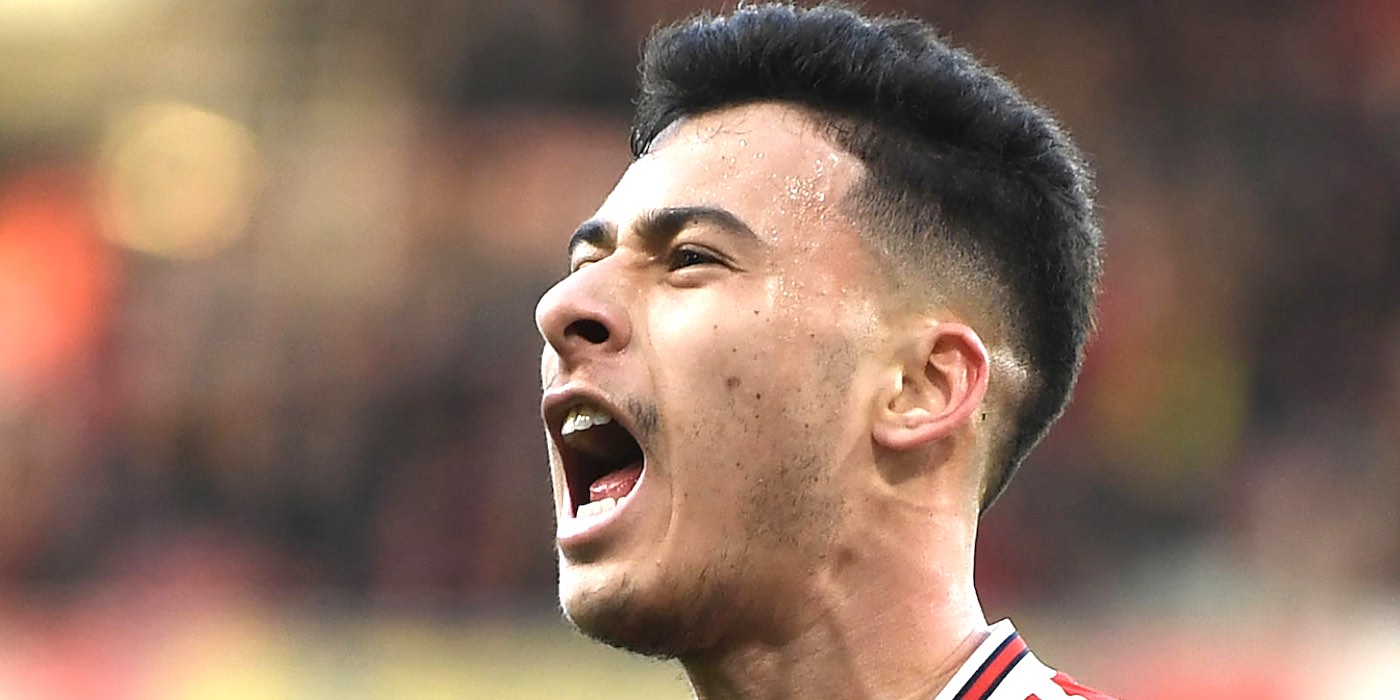 According to David Ornstein in The Athletic (£) Gabriel Martinelli suffered a knee injury in training on Monday, and is due to find out the results of a scan which may rule him out for the rest of the campaign.

The young Brazilian hasn’t featured in either of our post-lockdown games,  and may now not feature until the new season with feared meniscus damage.

It’s the latest in a litany of injury problems Mikel Arteta has had to face. Early this year  Calum Chambers did his cruciate, and Lucas Torreira’s ankle was broken; while in the last two games alone we’ve lost Granit Xhaka (ankle), Pablo Mari (Achilles tendon), and Bernd Leno on Saturday against Brighton.

There are reports this evening that Leno’s injury might not be as bad as feared, and while it will sideline him for up to 6 weeks, he should recover in time for next season.

Fingers crossed for Martinelli, and I will now sacrifice something to the injury gods because someone’s gotta do something.

They are clearly displeased with us at the moment.

Arsenal seem cursed sometimes. I hope this doesn’t prove to be too much of a setback. This kid is a real talent!

Not cursed, just underprepared, and that’s because they are 🤷🏾‍♂️🤷🏾‍♂️

On a brighter note (somehow it’s not all absolute doom & gloom), Leno should be out for 6 weeks ‘only,’ with Xhaka and Sokratis back in full training! (all according to the official site)

Anyways hope Gabi’s injury is not too bad

This season is becoming more and more of a nightmare. Not just the never ending injuries but the poor form of so many players.

i just hope Arteta gets the support to improve things next season.

What’s happening to Arsenal? How long till it gets any better. It hurts.

I know you really like James, but…is he available for the sacrifice?

“At the moment”? How about the last 14 years or so

We offended the injury gods.
In our hubris, we called ourselves “The Invincibles”.

…………..checks to see if we are mathematically safe from relegation……….

This fucking club is cursed.

Ah yes, player looks good – our brightest hope – gets injured – never recovers. I’m
For 15 years now this has been happening. While at Arsenal, Fabregas, Van Persie, Bellerin, Diaby, Ramsey the list goes on. These players could never stay fit. What goes on in the physio room?

You just could not make this crap up…

Should have “sacrificed” Maupau while we had the chance.

Doesn’t explain why he has 0 minute under his belt being out second scorer this season!?!?

I’m just going to erase this season from my memory and look forward to next season whenever that may be !!!

It never rains but it pours….

Sacrifice you say blogs.. Fiance is doing me nut in today…

If we are looking for candidates to sacrifice, I nominate Mike Dean.