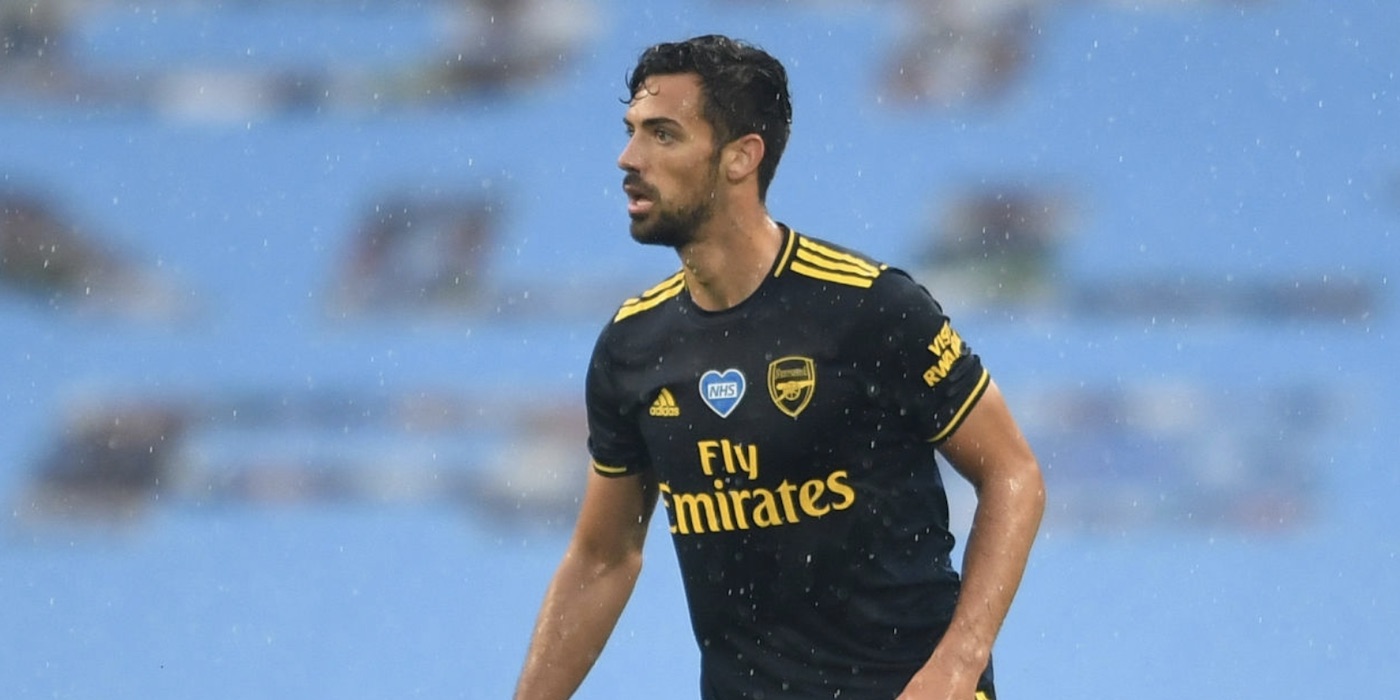 Pablo Mari will miss the rest of the season after suffering a serious ankle/ligament injury in the 3-0 defeat to Man City on Wednesday night.

The Spaniard came off after 22 minutes, replaced by David Luiz – a substitution which didn’t really work out when the Brazilian made a mistake for the first goal, and conceded a penalty which saw him sent off early into the second half.

Arsenal have lost Pablo Mari for rest of season with serious ankle ligament/tendon injury suffered in defeat at Man City, may need surgery. Granit Xhaka also picked up an ankle problem but may return before campaign ends. Rob Holding in contention for Brighton @TheAthleticUK #AFC

It’s a blow for Mikel Arteta who is without the Brazilian for the next two games due to suspension, and is already without Sokratis and the long-term casualty Calum Chambers.

It leaves us with just Shkodran Mustafi and Rob Holding as senior centre-halves for Saturday’s trip to Brighton, with the latter not even included in the squad.

It might also raise some doubts over Mari’s long-term future, depending on the seriousness of the injury and whether he does require surgery. He is still officially on loan from Flamengo, with the expectation that the deal would be made permanent, and while that’s not impossible, it could have an impact.

It might also mean Arsenal have to think strongly about what happens with Luiz as rumours circulate he’ll be let go before the June 23rd deadline to extend his contract.

It might be a case of needs must, but whether it’s a short-term deal or another year might depend on his and the club’s intentions, which will have a financial aspect to it.

Reports this evening suggest Luiz and agent and Kia Joorabchian are seeking a two year deal, which is, frankly, ludicrous.

That could mean we will now have to sign Luiz with Kia and him having a bargaining power because we have only 2 fit CBs available and the games are every 3 days.

If we had to sign Luiz for two years, we’d rather play the Medleys for the remainder and say goodbye to this agent shiis going on

Naah, I’d rather stick Tierney at CB than give Luiz a 2 year deal.
But you’re right, this does leave us in a tight spot at CB

Its reached a point where I think we should just play the kids. We can’t get relegated and it looks like the big guns are struggling for Europa League qualification… Give the kids 9 PL games and then we’ll know how many senior players are actually reqd at the club

Sure I read an article about a couple of promising u21 centre backs we had not so long ago – could we do worse?

If he can avoid making 2 mistakes leading to goals and getting himself sent off, all in the space of 25 mins, he’ll do just fine

Hmm, when you say it like that, it almost sounds like even I could do that. Thumbs up and pro Medley.

Medley, Holding, Sokratis and Mustafi. No one else exists to replace Mari with.

It’s ok. Please dont sign luiz because of this. This season is gone anyway.Give chances to medley,Kolasinac. We are piss poor at defending anyways.

How piss poor are we at jan transfer windows !

Comedy at this point.

Getting real tired of the name Kia Joorabchian

The way we defend, playing any goalkeeper in defense wont make any difference to our performance or results. Let’s just finish this shit of a season and start fresh.

Can we forget about the season? No Socratis, no chambers, no Luiz, no Xhaka to cover up, Kolansinac is awful, wouldn’t do a Monreal that used to cover at center back, Bellerin has no utility value asides his right back as Sagna could do, this sums up the whole shit of a squad we have. This means we must all pray that Mustafi stays injury free, but who could have imagined we would get to a point where Mustafi would be the most important of our players.

Kieran Tierney can play centre half! Absolute madness if we give David Luiz a two year deal.

I’d love to see Rob Holding come back and perform like we have seen in flashes in between his injuries, and solidify his place as starter alongside Saliba for next season

rob holding is average- we only hope as he is an englishman he will be the next tony adams but he hasnt the tactical awareness or the pace required for a premier league centreback, seen him turned inside out plenty of times but he doesnt get the same stick as others.
i hoped he would be good but alas a good championship centre back -will be playing for brentford very soon

If we give Luiz a contract it will prove that the agents are running the club. There’s no way he should stay, he’s a huge con.

Poor guy, he probably should have stayed with Flamengo.

As many have already said, the season is a write-off anyway. For our collective sanity we should accept that and start looking to next season by experimenting with formations and reserve players. I very much doubt we could even make 6th or 7th at this point. Time to also get ruthless with the players. This wasn’t a freakish display by Luiz. He’s been unreliable all season. I actually think under Arteta, Mustafi has done much better than Luiz. Let’s hope Saliba can handle the Premier League when he arrives.

I think Mikel should use this strange period of weird football, to blood youngsters. All our so called “superstars” should be benched. Yes we will be shit short term, but we have nothing to really play for this season. We aren’t getting top four. We miss out on Europa, cry me a river. Let’s aim to get a serious squad developed for 2 seasons down the track, playing Arteta ball. Kroenke ain’t throwing us any bones, so no more payday players on ridiculous wages. I say all this in full knowledge that our useless recruitment team will extend Luiz, sell… Read more »

Wait, didn’t we have too mant CBs a few days ago?

Tierney has played some games at centre back and, while not perfect, having his pace in the centre was a really noticeable improvement. Maybe Tierney as CB and Saka as LB for Brighton????

I don’t understand how young players like Nketiah, Willock, Reiss-Nelson, Saka, AMN have found time with the first team ahead of bigger names, but there hasn’t been any development of defenders in the Academy. Martinelli, Smith-Rowe. Several of the young players may become PL ready, if they stay, but what else about this club inspires any hope?

I am seriously struggling to remember when we last had a fully fit “1st xi”, whomever the manager etc, along with a decent quality complement of subs/squad players to choose from..!?

He wasn’t setting the world alight, but he wasn’t burning it down either. He looked fairly solid in those minutes, and I’d hesitate to say he was likely to get better as e got to know his teammates.
I’d almost prefer Mari sitting on the ground, on the edge of the 18, to Luiz playing though.