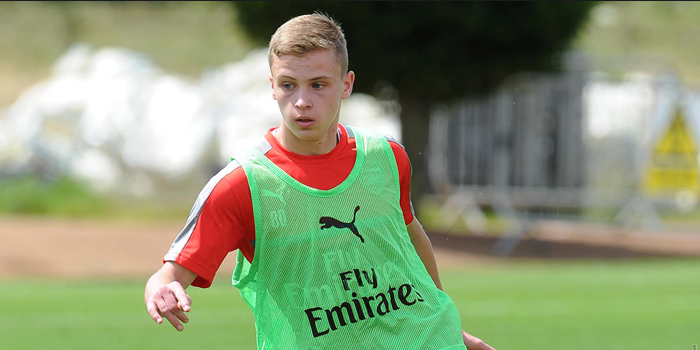 It hasn’t yet been announced when the new academy season will begin, or indeed whether this campaign’s results will be officially recorded, but preparations are underway at Arsenal ahead of 2020/21.

This week there were three departures from the academy, with Nathan Tormey, Tobi Omole and Matthew Dennis all seeing their spells with the club come to an end.

Tormey, a hard-working winger, was impressive for the U23s over the past couple of seasons but found it difficult to break into the first-team picture, especially with players of the calibre of Bukayo Saka ahead of him in the pecking order.

Arsenal offered Tormey a three-year deal, with their plan presumably involving sending him on loan next season, but the 20-year-old rejected the contract and is set to move elsewhere.

Omole, meanwhile, always appeared a likely candidate to depart as he often seemed out of his depth at U23 level.

Signed as a schoolboy in 2014, he featured for the U18s when he was an U15 player and has demonstrated his versatility, playing at centre-back, left-back and in midfield.

However, he wasn’t a regular for the U23s and has been let go.

Dennis was at the end of his scholarship deal and wasn’t offered professional terms by the club, despite scoring a superb goal against Southampton in the FA Youth Cup this season.

Like Omole, Dennis is a versatile player – he has featured at right-back, in central midfield and on the left wing. He was carrying an injury throughout the season which meant that his progress was somewhat restricted.

What’s happening with Alfie Matthews? I seem to remember him being the 10 year old genius a coach referred to way back when.

He was listed as having been given an ‘excess period’, which presumably means he will stay at the club beyond the end of June, but he hasn’t been offered a professional contract yet.

Thank you Sir. Always great to get this feedback.

I wish them all the best of luck. I must say I’m looking forward to Omari Hutchison getting a game or two next season. He looks a class player.