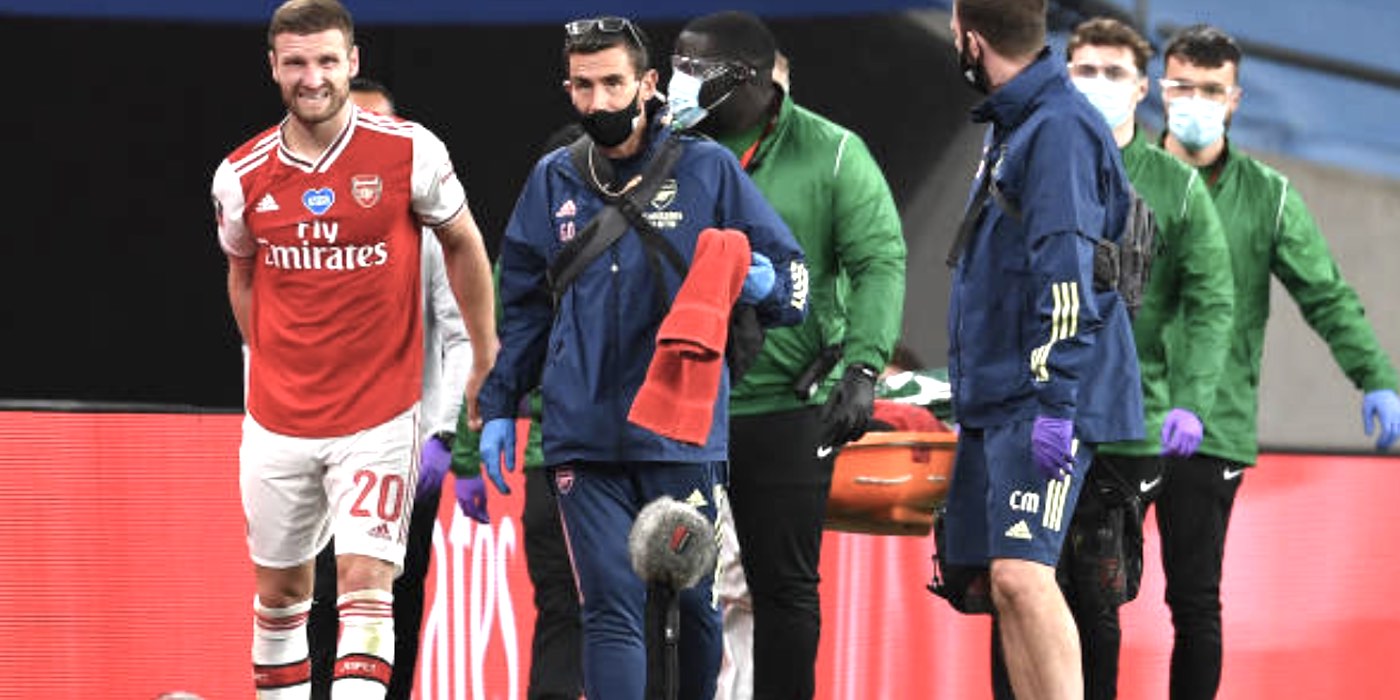 Mikel Arteta has more or less ruled Shkodran Mustafi out of the FA Cup final after he picked up a hamstring strain in the semi-final win over Man City.

The German pulled up late, making a clearance against Raheem Sterling, and was substituted by Rob Holding.

He is out of this weekend’s clash with Watford on the final day of the Premier League season, and it looks as if he’s going to miss the Wembley showdown with Chelsea next weekend.

At his press conference this afternoon, Arteta was asked whether or not the 28 year old would recover in time for the final.

If the injury is as serious as feared, it will be the second time he has missed an FA Cup final. In 2017, he was ruled out because of concussion, and with Laurent Koscielny suspended, the Gunners had to field a trio which included Per Mertesacker making his first start of the season.

On that day, an incredible defensive effort and goals from Alexis Sanchez and Aaron Ramsey saw Arsenal run out 2-1 winners.

Let’s hope the result is as positive this time around, regardless of who starts. Arsenal face no other injury issues going into the Watford game, with Calum Chambers, Pablo Mari, Gabriel Martinelli and Bernd Leno still sidelined.

Pep The Frog
Reply to  Wiltoooooooooord !

That’s the XI. Can’t argue with that.

Rob Holding, who already has FA Cup Final experience under his belt, is the clear – and downright safer – option. Mustafi doing a Mustafi to gift Chelsea the FA Cup ain’t my idea of a fun way to end the season. ?Wanna vote me down? Be my guest! ?

What a disappointment for him. Did well to buckle down and meet the non-negotiable items of Arteta, had some good performances this restart, and turned the opinion of him around. Wish him a healthy recovery.

Can we bring Per back for a match? He totally bossed it against Chelsea in the eponymous “Meresacker Final” of 2017.

It really says something about Mustafi–and Arteta–that most Arsenal supporters, including me, think this is really bad news.

It might make sense to give Sokratis the Watford game, no point risking Luiz or Holding.

Despite his occasional short comings (he’s been markedly better since Arteta came in, mind) I am absolutely gutted for the lad.