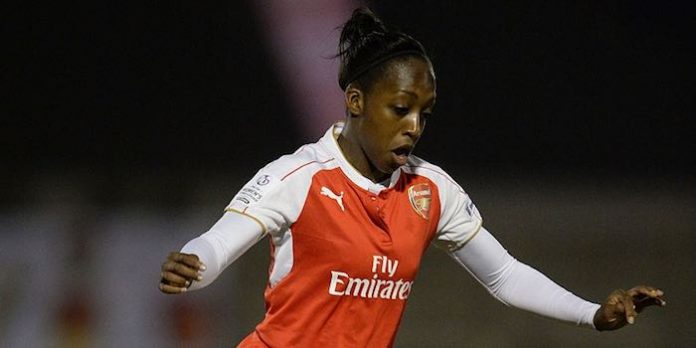 Former Arsenal forward Danielle Carter is joining WSL side Reading Women. Carter left the Gunners after a decade in North London when her contract expired at the end of June and now she will join Kelly Chambers’ Royals side.

Carter has suffered back to back cruciate ligament injuries but is on the road to recovery from her second ACL injury. Having just turned 27, Dan has plenty of good years left and all Arsenal fans will wish her well at Reading.

Dan’s availability piqued the interest of a few WSL clubs, including a certain team from Middlesex, but Carter, who scored the winner for Arsenal in the 2016 FA Cup Final, opted to join the Royals. Dan won three league titles, five Conti Cups and four FA Cups during her spell with the Gunners.

I’m happy to announce that my new chapter will be with @ReadingFCWomen … I’m grateful for this opportunity and I will give my all for the Club and the fans. This is just the beginning. I’m ready, let’s go! ?⚪️ pic.twitter.com/4TQyrP9tpl

Thank god it was not Sp’rs. Best of luck, hope she stays fit and takes points away from other big clubs.

Good on y’er, Dan! I really didn’t expect to see her on the pitch again after the serial ACL’s. Let’s hope she scores almost as many as Viv or Caitlin but takes a holiday for Reading vs Gunners games!

Best of injury free luck to you Danielle.
You will be missed.
Thank you for THAT goal……the glue that cemented me to AWFC????