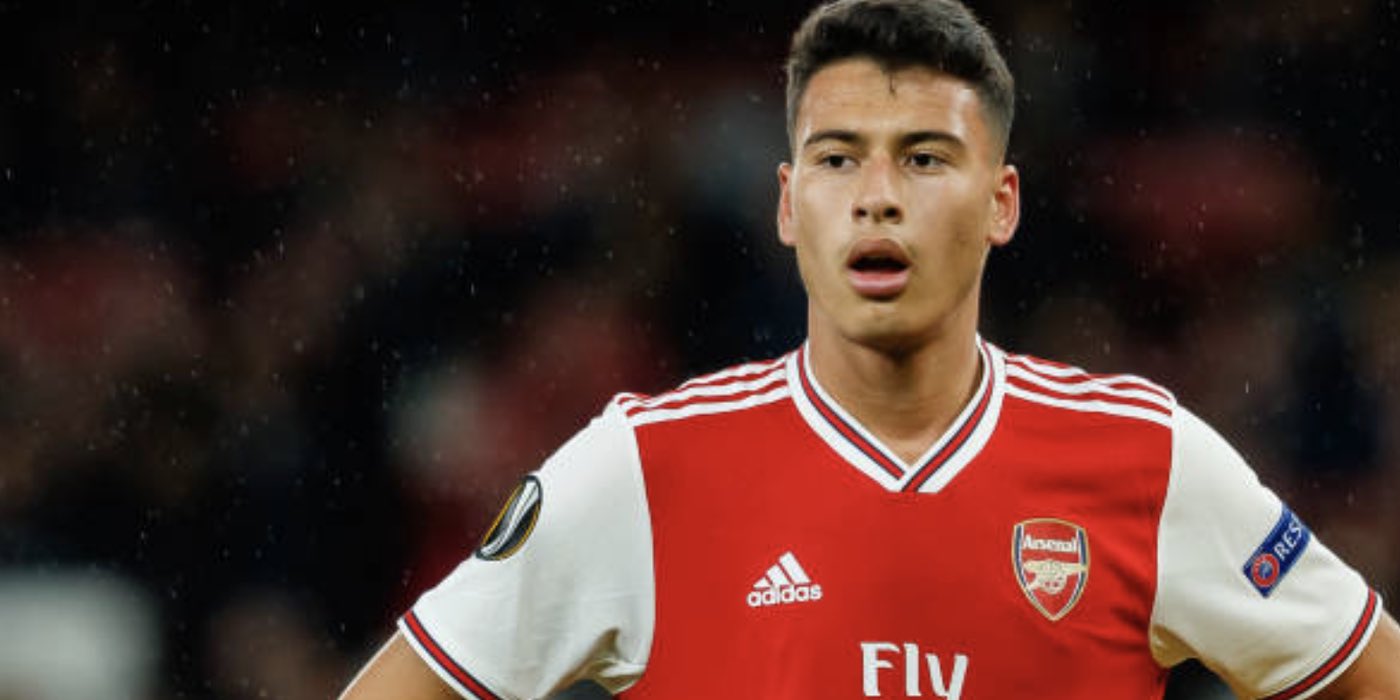 Arsenal have provided detailed updates on the fitness of Gabriel Martinelli and Pablo Mari, and while there’s nothing unexpected regarding the latter, the time frame for the young Brazilian is a bit longer than we might have hoped.

He is now not expected to return to full training until the end of 2020, a blow for Mikel Arteta and the team.

The update states that the 19 year old will ‘continue his recovery throughout the close season, with the aim of a return to full training by the end of 2020.’

He is currently ‘receiving specialist attention and support from our medical team’ at the training ground, but realistically it doesn’t sound like he’ll play for us again until next year.

Martinelli was injured in training, right at the end of a session too, so it’s a cruel blow for a young player who – in a difficult campaign for the Gunners – was one of the bright spots.

As for Mari, he is back in Spain after his surgery on damaged ankle ligaments, and will return to England later this month as he targets a September return to training.

Mustafi ruled out of Villa game with hamstring strain

I seriously don’t know what we’ve done to deserve this. When I look at Liverpool last night, I wonder how the fuck they play the same eleven, week in week out, with little or no major injuries.

A player has a solid run in our side and then is out for six months. I know there’s a gulf in quality but how can you build a consistent first XI when this happens every month?

It can’t just be bad luck. We keep on getting season long injuries and the reason must be closer to home

Well the training routine has been the same since 2006…

Haha, got to be an error.

If they are practicing them they might want to consider moving up to mid-morning when the minds are a bit sharper.

Could it be our training pitches are too hard, soft or whatever. I am grasping at straws.

You missed out walking on hot coals while carrying heavy shopping, an intrinsic part of Arsenal training philosophy. I could be in the point of spotting what’s going wrong.

..and that would also explain Ozil’s bad back!

Regarding Liverpool, it’s not only that they’ve pretty much been able to play with their first XI for the entirety of this campaign, but also last campaign. And on top of that, they have the most intense pressing game in Europe. It really is a miracle what they’ve achieved in these 2 years. Maybe it was a recruitment policy for Klopp? Besides talent, to get players with good injury record, stamina and athleticism. Explains why Jordan Henderson became a transformed player under Klopp. I can only think of Tierney and Torreira, and possibly Laca among the senior members of our… Read more »

Pakgooner
Reply to  The Kolkata Gooner

Laca is a top striker and I’m usually biased about him as he’s my favourite, but I’m afraid stamina isn’t one of his fortes. You can see him visibly exhausted midway of the second half. Auba, Gabi and even Eddie have More

Not only within games, but an extended run of starts leaves him jaded and lethargic from the start of games, only regaining when form after he receives a period of rest. He’s one of those players that has to be in 100% top condition to be effective

For that reason alone he absolutely cannot be relied on as our 1st choice cf going forward. Would be an excellent supersub or squad player, absolutely. But then the question is can we afford to turn down his likely transfer fee and keep his high wages for a player in a non-starting role?

You guys are right about Laca. You can’t fault his efforts on the pitch…he is the one hustling and pressing most of the time, but he does look tired after the 60 minute mark.

FabulousFabregas
Reply to  The Kolkata Gooner

This also explains why they did not complete the Fekir deal due to his medical history.

The Kolkata Gooner
Reply to  FabulousFabregas

Really gutted, he was the player from our young group who had me most excited this season.

The injury sounds like a relatively similar time period to an ACL, and the fact that Hector and Holding took so long to find form and fitness even when they’d resumed full training isn’t very encouraging. Hoping I’m wrong

Martinelli’s issue is a meniscus tear I believe, which as far as I know, shouldn’t cause lasting problems if surgery and rehabilitation is successful. ACL tears are notorious for limiting a player’s potential and causing future problems. I’m not a trained physio or anything so maybe I’m talking out my arse Still 6+ months out for whatever reason is a pretty big blow to a young player breaking through to senior football. We have to be patient with him, he WILL be a great player as long as he stays relatively injury free on his return I did the same… Read more »

Would you rather have permanent ice skates or breadsticks for legs?

Amazing how many times this happens to our bright your players. Either their careers get ruined through injury or they lose out on their developmental years. Really hope this is just something that doesn’t halt his progression in the mid to long term

Looks like those Auba and Laca discussions just gained some weight. If Auba moves on for our left side attack we have Saka, or Pepe or Nelson on their less favored side.

If we end up having to sell Aubameyang (or Lacazette), we will need to consider potentially an insurance striker to mitigate against potential futher delays with Martinelli and risk on an inexperienced Nketiah. This will futher complicate funds available for this window with IMO midfield the big priority. One potential solution could be say a stop gap cover for DM if Partey proves beyond us, say maybe an older Khedira on a year’s contract (or Matuidi both 34yrs now and prob one or both likely surplus to Juve) Then maybe spend on a midfielder, who can cover many roles like… Read more »

Lol I see what you did there

You must be fun to watch football with 😐

He doesn’t watch football he plays Champ Manager instead

Hoping he recovers well – difficult psychologically being out that long for a young player. I hope Uncle Mesut doesn’t lead him into developing a Fortnite addiction. He seems to have a really tough mentality though – fingers crossed he’ll manage to bounce back.

We certainly know how to break em

Feel bad for him. It’ll take him a while to get back up to full speed. If there’s any kind of winter break again, perhaps he might be able to start playing after that. He’ll need to slowly bed in as there are often niggly injuries that occur after this sort of thing.
Looking forward to seeing him playing again. He’s going to be a great player. Good luck Gabi.

2020. Not am year i would personally like to be back for anything.

What a blow. Fortune vomits on our eiderdown once more.

Looking forward to another promising arsenal talent being condemned to the “what could have been” injury bin.