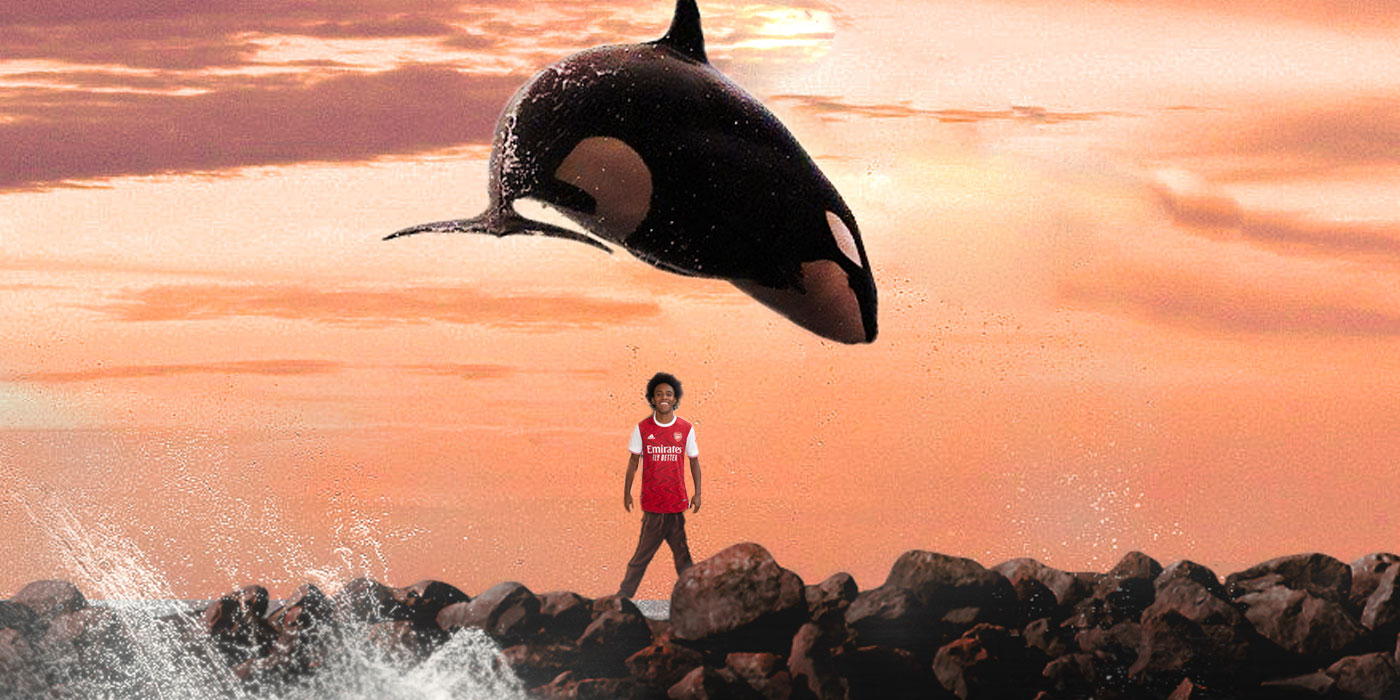 Mikel Arteta says that the versatility of new signing Willian can make a difference for an Arsenal side that struggled creatively at times last season.

The 32 year old signed a three year deal with the Gunners this morning, and from his comment it seems the manager is viewing him as someone who can do more than play on the wings – where he spent most of his Chelsea career.

Arteta told the official website, “I believe he’s a player that can really make a difference for us.

“We have been monitoring him for the past few months, we had a clear intention to strengthen in the attacking midfielder and the winger positions – he is a player that gives us a lot of versatility, he can play in three or four different positions.

“As well he brings a lot of quality and something that we need, which is winners. He has the experience to win almost everything in the football world but still the ambition to come here and contribute to bring the club where it belongs.

“Also financially, being a free transfer it really suits us at the moment.”

Asked about specific qualities he saw in the Brazilian that convinced him to bring him to the club, he continued, “His ability to play in those tight spaces, his ability to play people through, to unlock, to drive with the ball and create overloads, he is a goal threat as well both in open play and with set pieces.

“Again, it is the character that I want, the kind of player that when things get difficult in the game that wants to take responsibility, wants the ball and wants to win the game for the team.”

Read: Edu says Willian is the start of a squad rebalancing exercise

Let’s see what he can bring to the table, there’s certainly no need for adaptation to London or the Premier League, and let’s hope he can make a positive contribution for the duration of his contract.

With thanks to @J1OWDE for the headline inspiration.

Arteta certainly likes him and has good plans with him. I trust our boss.

But if the after all expenses salary pw is 250000, then I think it is the only negative point.

Hope Willian you help us to glory

Why is it convenient for us to talk about his total take home per week but when it comes to other players we just talk about their basic salary? I don’t think that’s a fair reflection of the deal. His salary is 100000 per week. That should be the yardstick. All footballers of his quality have bonuses inserted into their contracts.It’s not ideal to sign a 32 year old for three years on that salary, agreed. But pushing the 250000 figure just exaggerates things a whole lot. Plus i’ll honestly love to know who we could have gotten this quickly… Read more »

Totally agree, surprised that so many fans have bought into this media spin, especially as it’s all just rumours.

All very good points. Unfortunately inflating his salary fits the narrative. He’s a free transfer, he’s decent, he will add something creatively for a couple of seasons and I couldn’t care one jot what he earns or where he came from. Also, the redundancies issues and player transfers are completely separate issues. If we didn’t make those redundancies and didn’t sign any players people would still moan like drains. It’s what they do.

A player of his quality who has proven himself in the PL on a free does not come around too often. The fact that the financial outlay is over 3 years suits a club in Arsenals financial position.

His basic salary is 100k, but if we win premium league championship and title of UCL then it could reach 220k with bonus, if that happens, who cares about his salary?

I freaking knew you’d do this.

Willian is a welcome addition to the team. He will slot in nicely and make us more dangerous going forward…especially in away games where we play largely on the counter.

You mean he is a LANS (Like a new Signing) who will make a difference?

The last quote from Arteta is the most insightful.

This was insightful as well “He has the experience to win almost everything in the football world but still the ambition to come here and contribute to bring the club where it belongs.“

Agreed, could also be seen as a subtle comeback to Ozil’s mud throwing yesterday.

‘Mud throwing’…? How about ‘spilling the beans on this cowboy board for refusing to take their pathetic, ultimately futile pay cut.’

Timorous Me
Reply to  Parabu

I feel like Arteta hasn’t gotten over the Brighton and Villa defeats, despite all the other positives after the restart. It’s pretty easy to imagine how a player like Willian would have helped so much against teams like those or any that sit deep and defend relentlessly.

I don’t think you got it. Johnny wasn’t just naming whales lol

Well he was blue

If he ever signs a new contact with us, it is law that arseblog puts out “Arteta extends his Willy”.

Should also have bought back Coquelin. Coq-Willy axis.
By the way since most likely we’re going to play Willian as a number 10, Raul should take number 10 from Mesut Ozil and give him number 350 instead. There’s no love lost anymore so he should do everything to push him out of the club.

It sounds bitter, but I actually agree we should not give Ozil a squad number (or a rubbish one) as if we want to force him out that’s bad for his brand.
M10 and all that waaaaaaa

Well let’s see how this boards new hero ‘Number 10’ performs, shall we?

Maybe, in three seasons, when we’re still scratching around the Europa, mid table or even fighting relegation, you’ll both be agreeing that we should be forcing out W10 and that waaaaaaa

You’ve made your point already, all this wailing of yours has not changed the decision of the board and the manager or forced them to call Ozil back to the matchday squad.

Geez, you make it sound like he’s some sort of god to you. Maybe he should make you part of his PR team.

Calling me a ‘fan boy’ isn’t going to improve our midfield either. I’m an Arsenal supporter expressing an opinion. You don’t like it, so you’ve resorted to name calling. If you want to support the board’s decision to ostracise a world class player from the team and back it’s decision to employ a 33 year old bang average midfielder on £250k a week for three years, fine.

The difference is that I’ll let you have your opinion without resorting to personal attacks – which, incidentally, I thought was outlawed on this site?

A bit confused due to his age and the length of the contract to a 32 year old. No doubt he is a good player with the drive.
Hope he does drive arsenal to within 4th position in the table plus fa and europa in 20/21.
Same plus semi in UCL 21/22.
League , FA and UCL final.
We can all dream.

Well, that’s at least a slight improvement on all the boringly predictable willy jokes.

Lets all hope we got a great Willy

Talking of character, Aubameyang came to my mind

Asked about specific qualities he saw in the Brazilian that convinced him to bring him to the club, he continued, “His ability to play in those tight spaces, his ability to play people through, to unlock, to drive with the ball and create overloads, he is a goal threat as well both in open play and with set pieces.”

Tbf to Arteta this is all true and is often overlooked when people have talked about this deal. Yes, he’s like 300 years old, but he has abilities that we desperately lack. Let’s give him a chance!

If Zlatan Ibrahimović can play great football at top clubs across Europe till he was 36…yes, our Willy can!

I feel more optimistic reading Arteta’s comments about possibly playing Willian as an attacking midfielder. I don’t have a problem with Willian at all, he’s a great player but what I would have a problem with is taking a 32 year old and playing him instead of Pepe or Nelson, it’s important to give Pepe and Nelson a good chance in the team. I would be really happy to see Willian tried out as an attacking midfielder to open up defenses.

The reality is that not many Tier 1 players wlll want to play for an EL team. If Willian or anyone else can help us get back to the CL even with one good season, it may be not be so bad writing off the 25Mil that the rest of the deal costs us in bonus payments etc. (and bad mouthing the player). Arsenal’s signings are like the aunt who slathers saliva on your face while greeting you, but you grin and bear it until she gives you the amazon gift card. Then you can put salt in her cereal… Read more »

He can store be an example to the youngsters. However for 250k per week if true is a massive massive gamble, and downright irresponsible

Wow. What a killer pair of centre halves you have there.

Killing our chances of improving on 8th.

Great player who we tried to sign seven years ago but Arsene didn’t want to deal with the agent. That would probably have been a better time to buy him but nevertheless.

Open your eyes and look at where and what we are at this moment in time.

We are in 8th place in the Premiership; a confirmed mid table club who have just made a ludicrously expensive but ultimately mid-table befitting signing.

We truly have become the red and white Everton.

Loving this news, this guy is the only reason for watching The Voice

I’m a bit dubious about this addition mainly bc of player’s age and salary on long contract but hey he is free and hopefully we can get another good year out of him. In any case, we lack ball retention and sufficient balance right side. Pepe has been erratic and over 90 minutes conspires to lose the ball too much, is not competitive enough off ball. Maybe the FA cup final may spur him on but we should not be taking that risk or reliance on nelson to step up. I presume this is a short term fix to gain… Read more »