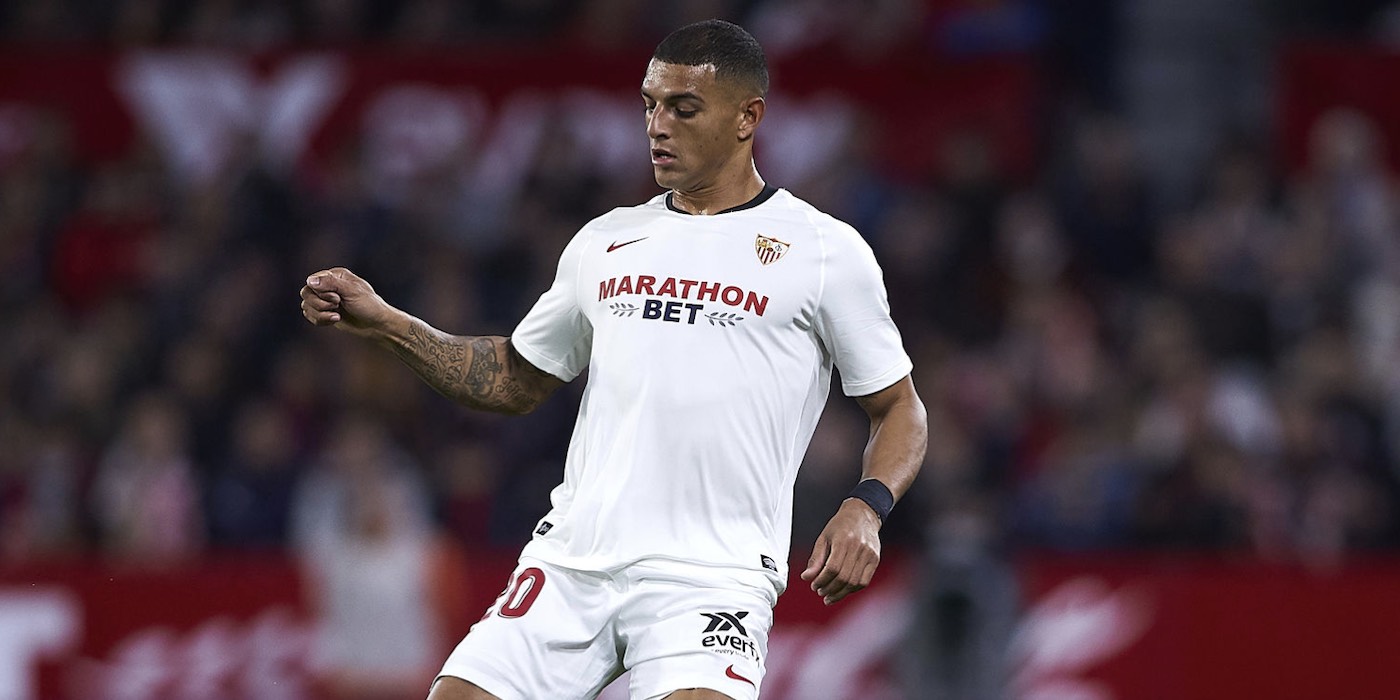 The Brazilian has impressed for the La Liga side since his move from Nantes last summer, and with the Gunners on the lookout for defensive reinforcements in this transfer period, he is a player of genuine interest to Mikel Arteta.

The news was first reported in the Telegraph, and we’ve also been linked with Lille’s 22 year old Brazilian Gabriel Magalhães.

There are question marks over almost all of the current central defensive options at the club right now. Shkodran Mustafi and Sokratis are into the last 12 months of their contracts; Rob Holding is a candidate for a departure despite helping the team to an FA Cup win on Saturday; there are concerns about Calum Chambers’ development as he recovers from an ACL injury; while David Luiz is 33 and not getting any younger.

Arsenal do have William Saliba for next season, and although Pablo Mari was signed from Flamengo in January, he’ll be sidelined until mid-September at the earliest because of an ankle injury which required surgery.

To add fuel to the fire, Carlos is represented by the same agent as David Luiz, Bertolucci Sports, who work side by side with our old friend Kia Joorabchian.

His influence at Arsenal is obvious, with Luiz and Cedric Soares already on the books, while Willian’s free transfer move from Chelsea to the Gunners is almost complete as he gets set to put pen to paper on a three year deal.

We’ll see what happens with the 27 year old defender, who has reportedly been very impressive for Sevilla this season, but given all the connections, you wouldn’t bet against it.

We’ll give this a fence-sitting 5 on the Poo-O-Meter for the moment, with Liverpool also reportedly keen.

Edu’s turning us into Brazil FC

Out of all the nations out there, this isn’t the worst

I suppose there are worse ideas

Brasil lives on their legend. They are no more what they used to be. But anyway is it a reason to turn Arsenal into a Spanish/Brasilian mafia?

Seemed to go alright when everyone hated us for “only signing french players”. Ah, those glory days.

Can you bed two new centre backs in one season (three if you include Mari)? I suppose we have to try. There will be mistakes. There will be confusion. We probably shouldn’t get our hopes up for a water right defence in the early part of the season. I’d love to see us play two at CB. It just doesn’t feel Arsenal to do anything else. But if we are bringing in Saliba, Mari and another new head, I’m guessing we can get used to 3-4-3 for a while. Still, it’s all very exciting! Praying for a good window. Let’s… Read more »

What scouts? None of the players we are linked with have the feel of diligently scouted recruits who’s skills give us missing pieces to our jigsaw puzzle. They do have a waft of a certain agent though…

I once tried to bed two women at once, and can report that indeed there were mistakes and confusion. Luckily there was a good window, and I made good use of it.

In your defence at least you were not trying to bed three in a session.

Maybe Mikel has decided the whole lot’s not good enough, so we’re just going to sell all the marginal defenders and replace them with a couple better options in a back four.

Maybe he just has a thing for Brazilian players

However we gave contracts to a bunch of them in the last couple of months!

But why the English lad, Holding? Does he not fit in our system at all?
Has Arteta seen some serious issue with his skill set?

Really like him but he’s not taken his chances, has he? You’d think this was the season to get noticed what with the slapstick gaffes from Mustafi, Luiz and the lot.

And that would be fair enough, none of them are good enough to play in a high line back 4. None of them can really run

Partner Holding with Saliba. Rob is a bit slow but wins almost everything in the air, Saliba more technical. Mari seems to be able to play a pass.
Moving on mustafi Chambers will be tough given injuries. The Greek fellas race is run as well

I’d be inclined to keep Chambers he was really starting to look very assured before his injury. For me, Holding, Chambers, Luiz, Saliba and Mari, with possibly one addition would be good. Mustafi, while very good since the restart and under Arteta generally, I think needs a new challenge and somewhere he can get out from under the shadow that has been cast over him by the fanbase. Shame, because there’s clearly a very good player in there, maybe not world class, but a good player. Sokratis I think has definitely played his last game for us, and Mavrapanos I… Read more »

That’s the thing though, he has suffered a massive injury. Just like Rob did last year, and he is nowhere near the same player he was, at the minute. Same with Hector. A big club like Arsenal can’t wait a season waiting for injured players to recover and rediscover their form. They need to be replaced, and when they are ready, eased back into action or sold. I think we all like Rob and Calum, prob even Papa a little, but there is no room for sentiment. I have been praying for a manager to be ruthless with our squad… Read more »

I’m all for being decisive and saying goodbyes to those who no longer fit. But one has to think hard about the replacements. Are they any better that what we have? Both the linked CBs have no EPL experience… Apart from Luiz we have no EPL weathered CB. Mustafi is all chewed up, Papa is not up to it and Rob and Callum have never played a whole season with us as first choice.

If these rumours concerning centre backs are true, do you think are we trying to get back to the top table by ensuring no other team has a central defence?

Looks like we’ll be parking the bus haha. A natural center back in every position.

In a week we will soon be seeing stories of guendouzi for pau torres swap from villareal.

Would have used Matteo as make weight for Jack grealish, but then the player has to accept the move too which I don’t think matteo will.

Villa staying up means Grealish stays where he is. They would be crazy to let him leave.

If Man U (for instance) offers enough, Villa will take it. The guy could get injured. With Grealish money, they could buy four or five useful players.

If the right money was offered, I can’t see Villa turning it down.

That said, we are hardly likely to offer the sort of cash upfront that would pursuade Villa to sell.

Not sure they’d want Matteo, given how apparent it is that there’s been a fall out.

while Willian’s free transfer . . . is almost complete as he gets set to put pen to paper on a three year deal.

Um, this is hard to square with the club’s ambition.

What is the club’s ambition?

I don’t like Willian personally. But he’s good and he has won things. Someone needs to sit with the likes Pepe and Nelson and tell them what’s what in training every day. It looks like it will be Willian they will have to compete with.

Ya gooner
Reply to  Sachin

A 2 year deal I can understand really. He’s 32 in 4 days so what will he play like when he’s almost 35. If he really is cheap and has taken a pay cut or whatever then it could be decent otherwise we’re just adding more dead wood. Again.

I don’t mind Willian as a player and I think he will offer us something, I just can’t help but think that a 3yr contract is not warranted and the outlay between fees and wages is not where we should be putting money into the squad – that being said, everything seems to be done with Arteta’s blessing and getting him what he wants, so let’s see where we go and support him

I doubt we will get any of these CB’s , Gabriel is too left footed and after buying Mari , hard to see him going all in on a 22 year old . Sevilla guy is more backs to the wall job, rash type of a CB, dont see him as good enough of a baller for Arteta, he reminds me of Sokratis and I like Sok but Arteta obviously doesnt . We should get a few signings but I think Willian, whilst I never liked him but always rated him as a danger when we played him, is a… Read more »

Whether it may be this guy or the lille guy or sarri or anyone.

Just buy one but a good one who will adapt rather than pile up.

“Getting a Tony Adams.” ? Let’s get ourselves a Brady for midfield too! ?Players like Adams and Brady, Henry, Bergkamp etc, happen once in a lifetime mate.

Another shortish centre back.

We already have 6 Cbacks… Another one will mean we have to do a lot of active selling which may be difficult with 3 of those Cbacks injured. Far better IMO to make sure we get a good DM (Partey may be too pricey), someone experience who can hold should Granit need be required as a make shift Cback. Meanwhile with 3 at the back, we will likely persist with Tierney (and one of Kolasinac or AMN depending who can be sold) Then work on Luiz, Holding and as yet unproven Saliba. I don’t see the point of us chasing… Read more »

more centre halves? wow. and back in the days we used to buy wingers/ strikers when we needed CBs. looks like we’re really stockpiling.

He’s playing in the Europa League vs Roma tonight. Interested to see how he gets on.