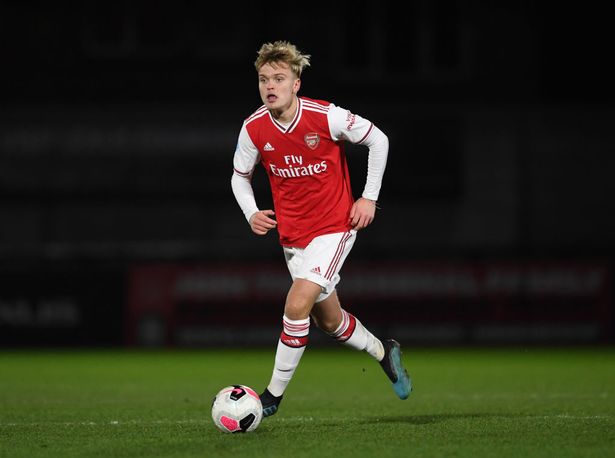 Matt Smith started the season by being officially promoted to the U23s and concluded it as part of the winning squad in the FA Cup final.

It has certainly been an eventful year for the central midfielder and next season will see him take on further challenges, with Smith poised to experience senior football for the first time.

Reports suggest that Swindon Town, who have been promoted to League One, are interested in signing Smith on loan.

Such a deal could benefit both Arsenal and Smith greatly. Swindon play passing football and brought in another player on loan from the Gunners last year in Daniel Ballard, whose spell was unfortunately cut short due to injury.

Smith certainly possesses the passing qualities to succeed in League One and playing against experienced players would also help him to improve defensively.

There would also be a knock-on effect at Arsenal as his temporary departure would enable the likes of Miguel Azeez and Catalin Cirjan to get more playing time at U23 level.

Arsenal could potentially decide to keep Smith for the first half of the season and give him opportunities in the Europa League, but it would perhaps be more beneficial for him to play every weekend.

I would have thought League One is too steep a drop. If he was 17 or 18 it would be okay, but he’s 20 in a couple of months. Swindon may have played passing football in League Two, but against better clubs in League One they might play more conservative. I would hope to see if there’s any Championship clubs who would give him guaranteed minutes. What with all clubs having reduced finances, Championship clubs will be sniffing around young talent they can take on loan from the Premier League. Thanks for the updates Jeorge.

I think sometimes their loan moves are about the player gaining confidence and experiencing being one of the best players on the pitch.

I think his place in the squad this season is in part due to the absence of ozil and Smith Rowe.

Next season I expect us to have at least one of those two available.

frank from Vienna
Reply to  Goonerink

hopefully the latter, i´m sick of özils antics…..(and most of his performances)

Goonerink
Reply to  frank from Vienna

Totally, but the way arteta has bought musti and xhaka back into the good books I’m not ruling it out.

@Jeorge,
What do you think of him making the FA cup final squad? Is it lack of options or does Arteta believe in his potential?

I think it was a combination of both. He’s benefitted from the Ozil and Guendouzi situations but he is also highly rated.

From watching short clips you can see why Arteta has involved him – he has quick feet, keeps the midfield and forwards connected. Interested to see where he is a year from now

When I saw him at the end of the match I didn’t know who he was.
Hope I’ll be singing his name in a couple of years!

I’ve seen him before but, even so, after the final thought he was someone’s son, or a contest-winner, who had been allowed to attend as a special charity promotion.

Great move great choice this from a Swindon/Arsenal supporter

I think he’d be better off at Oxford..

This cheeky chap helped himself to a winner’s medal and there were none left for Auba. I guess the early bird gets the worm. #14

I think Smith was important for our FA cup success, I reckon that him being the doctor manged to do a time trave shenanigans to help us!

Jokes aside, would’ve liked to see a bit of him this season, but given that every game we played was pretty much a final, I can see why. A loan to the championship could be nice for him

I’d like to know if anyone else has ever won the fa cup before making their professional debut, quite a feat

Makes sense for him. Better that then being a substitute for cup games next season. Maybe too early for him to start.

in another note, now that we get EL we should go for Marc Roca, so that someone else can play Xhaka’s role as that left footed passing CM. As robust as he is that shouldn’t be gambled on.