Arseblog News – the Arsenal news site
Home Staff Manager Arteta on transfers: *SPOILER* – There is no information in this article 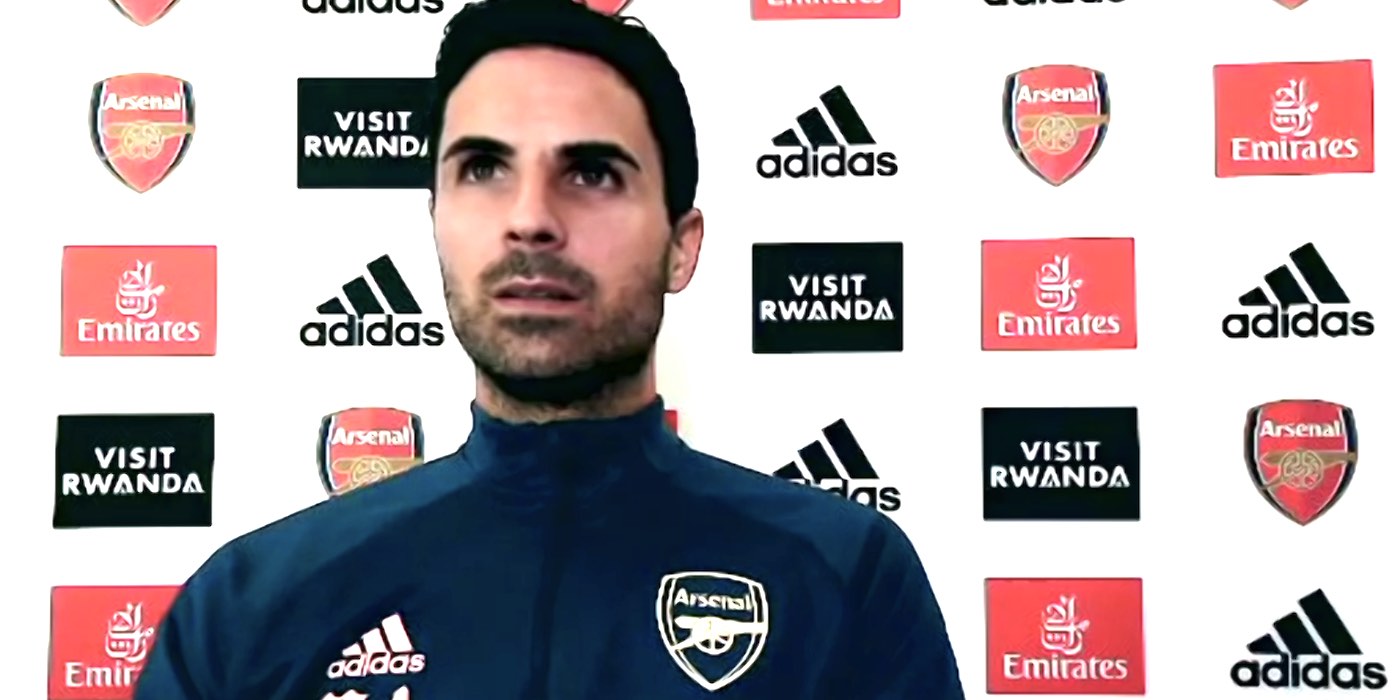 As you might expect, Mikel Arteta was asked about transfers in his press conference today ahead of Liverpool on Monday night.

By now, people must have realised that he’s even more tight-lipped than Arsene Wenger was, so the fact he gave nothing away should be of no surprise – although he did concede we are still open to strengthening the squad.

He was asked if there was any news about Lucas Torreira, linked strongly with a move to Atletico Madrid – something which might have an impact on our pursuit of Thomas Partey.

Arteta said: “No, we don’t have any updates on Lucas or any other player at the moment.”

He was asked about reported interest in Chelsea’s Jorginho, and if he was the type of player he was looking at to boost the squad.

Arteta said: “We are still open to improve our team, we are looking for different options depending on what happens with some of our players here so we are getting prepared just in case we need to do something.”

He was asked what qualities he sees in Jorginho that might make him useful for Arsenal, despite not admitting any interest in him after the previous question.

Arteta said: “Sorry, but I cannot talk about players that play for a different team. Talking about their qualities is not appropriate from my side.”

He was asked if we’d tried to sign Thiago from Bayern Munich before he ended going to Liverpool.

Arteta said: “We don’t discuss the things that we try to do in the market.”

So, in summation: We are looking to bring in more players, but it’ll be cold day in hell before Mikel Arteta ever gives anybody even a crumb of information about potential transfer business – unless it’s really close to being done already – in a press conference.

I love it, he’s definitely learned from Arsene.

Damn clickbait. I fall for it every time. The last things I clicked on was “How to earn minimum wage in the service industry” and “Look how good these celebrities look after their plastic surgery”.

Too Drunk To Be Offside
Reply to  Johnny 4 Hats

Johnny 4 Hats
Reply to  Too Drunk To Be Offside

He has learned from Wenger, but he should put a “Well…you know…..” in front of each sentence.

A variation he sometimes used was “Listen, err…”

I got the nanomagicstore for magically removing scuffs from Ur car. Better than. Scuffs from your ass ?

Erectile dysfunction pills for me.

These ads aren’t generated by my search history, are they?

Salibaba and the Forty Thieves.
Reply to  Mayor McCheese

Mate, you’re talking cheese. I think ED Pills are the least of your worries

Another day, another slow transfer news.

So are we signing anyone then? And who’s going?

We are still open to improve our team, we are looking for different options depending on what happens with some of our players here so we are getting prepared just in case we need to do something.

Something may happen, but we don’t know what, and it might not

Perhaps, but then again, perhaps not. I guess it depends…

Arteta : Hey boss, need a piece of advice.
Wenger : ask me.
Arteta : these reporters are irritating me with this transfer news and new signings
Wenger : Watch any of my press conference videos and have that poker face, I did it every year
Arteta : thanks Arsene.

You’ve got this all wrong, blogs. Your headline needs adjustment. Drawing from the style of our dear friends at the Sun, I came up with this for you:

“Arteta says THIS about wantaway midfielder – PLUS fans react on Twitter!”

If you act fast, I figure we can drive at least 1k to 2k in low-grade traffic, almost exclusively from bots.

No need to thank me, just tell me where to send the bill.

I don’t get these links to Jorginho..what has he ever done for Chelsea other than take good penalties? I really hope this is just paper bollocks. I.d rather we signed no-one.

Jorginho is Brazilian, we don’t need no EDUcation about why we want to sign him…. Can’t see this one happening at all though as Lampard likes him, but will be interesting if Chelsea sign Declan Rice and want to offload someone.

He was one of the worlds best at his position when he was playing for Napoli. A Napoli team that went head to head with Juventus for a couple of years in terms of points. When he left Napoli, they took a very clear dip in form, and really havent been anywhere near as good as they were with him in the team (and also Sarri). He is your typical deep lying playmaker, plays right in front of the cbs, but cant really tackle. He can however read the game well (good at interceptions), dictate play, and play great long… Read more »

He can also commit red card tackles, not get sent off, and then score when he shouldn’t even have been on the pitch. He’s also a Chelsea player. Done deal already.

For [email protected]*k sake, the drivel speakers are now linking us with Smelly Ali!

Have we been linked with Karim Benzema yet?

The latest reports appear to suggest that AM are still sticking to a loan deal for Torreira, which would leave any move for Partey goodness knows where as we don’t have the money to buy him. Hopefully. there may be another European suitor forTorreira but it’s gone quiet on that front and he apparently wants to go for the Rain in Spain. As for Thiago, if it ever was down to us or Liverpool I’m sure he thought about it very hard – for about ten seconds! We obviously can’t compete if they do knock on a player’s door. One… Read more »