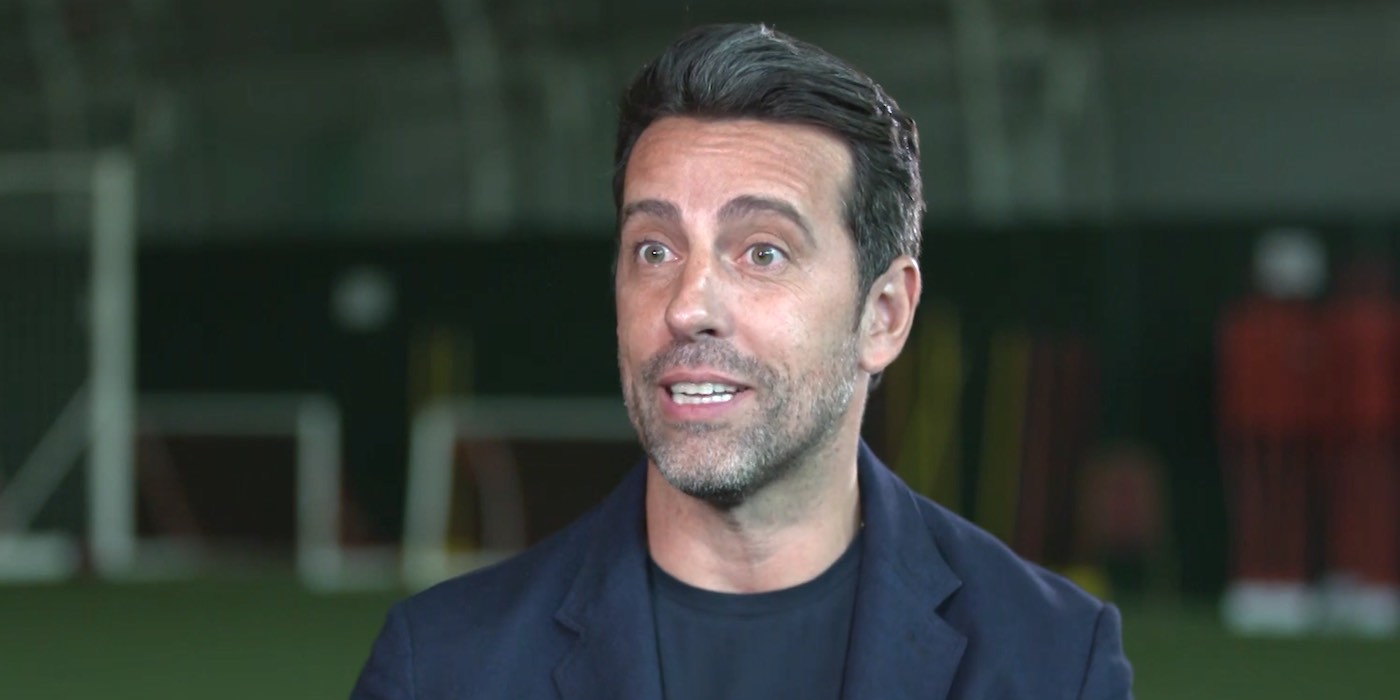 Edu says Arsenal are having to bide their time in the transfer market as the financial implications of Covid-19 play out across Europe’s top leagues.

The Gunners moved quickly to secure Brazilian duo Willian and Gabriel Magalhaes having already done deals for Pablo Mari and Cedric Soares off the back of their January loans. It’s no secret that Mikel Arteta wants to strengthen in other areas of the pitch, primarily midfield, but we need to fund any such purchases with the sales of existing players or decent loan fees.

About a third of the first team squad, including Emi Martinez, Hector Bellerin, Ainsley Maitland-Niles, Rob Holding, Calum Chambers, Sead Kolasinac, Lucas Torreira, Mohamed Elneny, Matteo Guendouzi and Alex Lacazette, have been linked with exits – but in a suppressed market, the club have yet to receive bids that they deem up to scratch.

While contact has been made with potential recruits, it looks as though getting deals done will go down to the wire. The window for English clubs to do business with those in the Premier League and abroad, closes on 6 October.

“The market right now is a challenging one,” Edu told Arsenal Digital. “Everybody is waiting, everybody wants to do swaps, everybody is talking about loans.

“Where we have to be prepared is with what we really need to receive from the outside. For example many clubs are asking me or talking to me about loan players or swap players but I am not seeing they are really prepared to do the kind of things they are asking me.

“After that we have to be patient, to understand how the markets are reacting and wait a little bit more to make the right decision.”

You’ve got to feel for our lads trying to get shit done. Even bankers like Torreira and Guendouzi seem impossible to shift. And we are being lowballed for players we really don’t want to sell. If we are being quoted £50m for Partey and Aouar then it seems mad that we need to shift 2 first teamers to sign just one of them. Of course if Stan, like Abramovich, realised that this is a great opportunity to invest some money in the side, we could be really strong this coming season and make the money back in future windows. Unfortunately… Read more »

Fuck Stan. But fuck Abramovich even more. He’s a crooked piece of shit oligarch that is actually profiting from Covid. (As is Stan, mind you). I’d rather us be cash poor than using Stan’s filthy fucking money.

You’ve got your wish.

Well said J4H. I’ve been pretty much saying the same thing about Kroenke all summer. You’re going to be waiting more than another season though, sunshine. Because you, myself, others who can’t stand Kroenke – and action groups like the AST – are clearly wasting our breath when there’s a section of this club’s fan base who are obviously quite prepared to bury their heads in the sand, accept us having to scrimp and scrape, forced to sell our better players and have the rest of the football world taking the piss out of us with their derisory offers. It’s… Read more »

Having been a season ticket holder for so long, you must be aware that no club stays on top forever, there will always be mid-table periods. To me, winning is not a prerequisite for supporting the club. It was indeed a very-very sad day for us when we accepted Kroenke buying his first share. Since then, things went downhill and I think we’re quite lucky because it could’ve been even worse. Trying to maintain a self-sustaining model is not a bad idea in itself, but we’re not doing it well. Arséne did and his last words were “take care of… Read more »

I rest my case.

This is a genuine question, can you lay out exactly what it is that you dislike about the Kronke ownership model and what it is you think they should be doing differently?

This is not just for Qwaliteee

This is overblown and I’m no Kroenke fan. First of all Martinez had to go. He made it very clear that he wants to be first choice and that can’t happen. Could’ve created headaches down the road and after being here 10 yrs he deserves it. Our net transfer spend over the past 5 years is 280 million GBP, only less than the two Manchester clubs, admittedly by a lot, but we’ll never be on their level. At least not without a serious uptick in marketing/be owned by a wealthy city state. Would be nice if we could spend 200… Read more »

You had me until ‘We’ll never be on their level.’

Then you just re-iterated my point for me.

Because those who may happen to disagree with you, and who also may be unhappy with KST, whilst not calling for cash-splashing the way Chelsea does (and yet you illogically criticize billionaire owners – the ones who started and continue this ridiculous cash splashing system that we all allegedly loath) … yeah, we all necessarily have head in the sand.

This sorta negative BS, after an opening day win and top performances from a few players everyone was questioning. Yeah, perfect, Mr. Arsenal supporter. Keep it up. I hear AFTV are looking for a new Mr. Sunshine.

A lot of thumbs down. Presumably from people who enjoy this club finishing 8th and playing Thursday night football.

Maybe I’m crazy but I’m expecting one really good signing near the end of this window, there is so much respect for Mikel at the club I believe they will back him with one top signing.

I feel the same way, call it cautious optimism but Arteta has a way about him and you just never know what will happen.

The thing is we haven’t got a hazard or a then coutinho who we can shift for a hundred million plus , and then use the money to buy 3 quality players in areas we desperately need to compete unfortunately

We had a Sanchez and rejected 60mil for mkhi, in hindsight that would have been such a good deal for us especially since he would have sat on city’s bench and moved to an inter.

And you know we would wasted those 60M on Lemar. I am glad it did not happen

Lemar was going at 90m that window, if I remember right. Yup… https://arseblog.news/2017/08/report-arsenal-launch-late-90-million-bid-for-lemar/

The idea that Pepe was overpriced at 72 is just laughable in that context.

That’s because we want to keep our best players ?

Don’t get some of these loan rumours.

Why loan Bellerin out? Why buy Willian (NOT a priority position) and weigh another 24m which could have been used to keep Hector?

Does not make any sense.

Why loan say Laca again seems ridiculous and then go for a striker when so many issues in midfield concurrently.

Guendouzi OTOH we should loan out instead of trying to sell. No one wants to buy.

Tbf, Willian was a need. We were desperately missing an AM that feeds the guys who shoot more. Its a reason we were consistently outshoot vs mid tier opposition. Laca/Auba/Pepe are all guys who work hard, but are much more forwards than attacking mids. It is not a great balance.

For AM read Ozil – who wants to play and is still being ostracised from the match day squad.

Vote it down all you want, but it’s the truth.

if he wants to play, i hear there is a club in Saudi Arabia that feel they have a place for him

this is ridiculous… so there is no plan in place for that at this stage.
﻿

Proof positive that there’s not a lot of cash about. Football no longer has “special finances”, different to the rest of the economy, as a few fans (still) seem to think. We must get real about the situation and stop just saying “We won’t let player x go for less than £y million” or whatever, which is just unrealistic (assuming we want to get the player off the books of course). Reduced fees, loans and possibly exchanges (although very difficult to agree) are going to be far more common now.

You clearly live in a Chelsealess, Cityless, Utdless world. In other words, a dream world. Seriously mate, I’m glad Arteta and Edu have the good sense not to let our better players go for a pittance. AMN, Bellerin, Lacazette and Holding (all players that certain individuals would gladly have seen on their way for less than market value because of their obsession with this club raising cash) have improved enormously of late under Arteta’s guidance. I have said that our best bet (in view that Kroenke contributes nothing to this club except a name on our board of directors beginning… Read more »