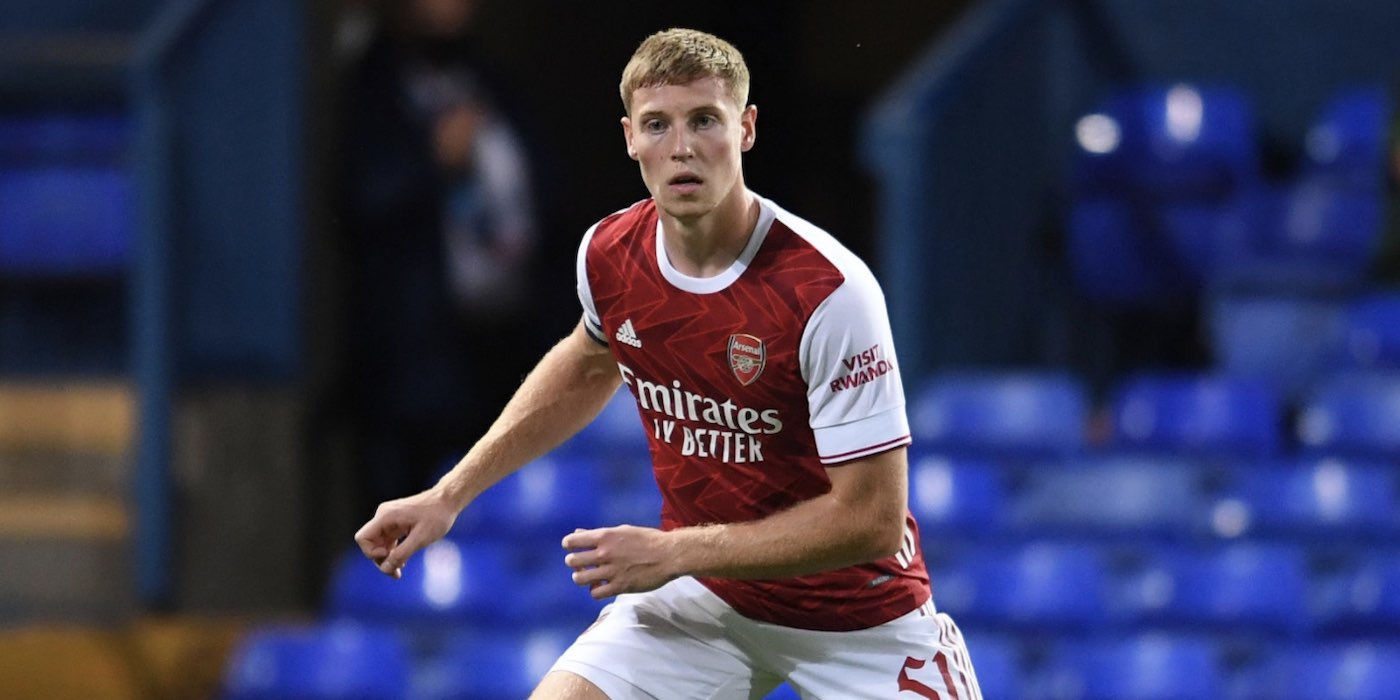 Mark McGuinness became Arsenal’s latest loanee this week, with the defender to spend the season in League One with Ipswich Town.

McGuinness has shot to prominence recently, featuring and scoring for the first-team in a friendly against MK Dons in addition to training with Mikel Arteta’s squad on several occasions.

With many centre-backs at the club, first-team opportunities appeared unlikely this season, so a loan move certainly seems like the right step for his development.

Although he is 19 years old, McGuinness has barely featured for Arsenal U23s – he has made just four competitive appearances at that level – with injuries not helping his cause.

Now, however, he appears to be over those injury issues and is ready to test himself at Ipswich, against whom he impressed for Arsenal U21s in the EFL Trophy recently.

Although he can still improve defensively, McGuinness certainly possesses the physical attributes to play in League One, with his height and heading ability likely to be useful in both a defensive and an attacking sense.

McGuinness is also a very vocal player and won’t be afraid to issue instructions to his more senior team-mates, so he should fit in well at Portman Road.

Interestingly, there are a host of Arsenal youngsters that have been sent to League One clubs on loan this season. Trae Coyle and Zech Medley are at Gillingham, while Tyreece John-Jules is with Doncaster and Matt Smith is at Swindon.

There have been suggestions in some quarters that some of these players, John-Jules in particular, could have benefitted from heading to the Championship instead, but it is perhaps better for them to play regularly in League One than run the risk of being on the bench more often than not in the second tier.

Let’s hope McGuinness and our other loanees to the lower leagues are safe this year.

Yeah I’m interested how he, and many others will perform. I mean TJJ already scored a good goal for his side. Trae also scored and Zech plays regularly. Will be interesting, if they might go to a Championship team next year, or even get into the first team.
I also hope they are safe this year!
Up The Arsenal!