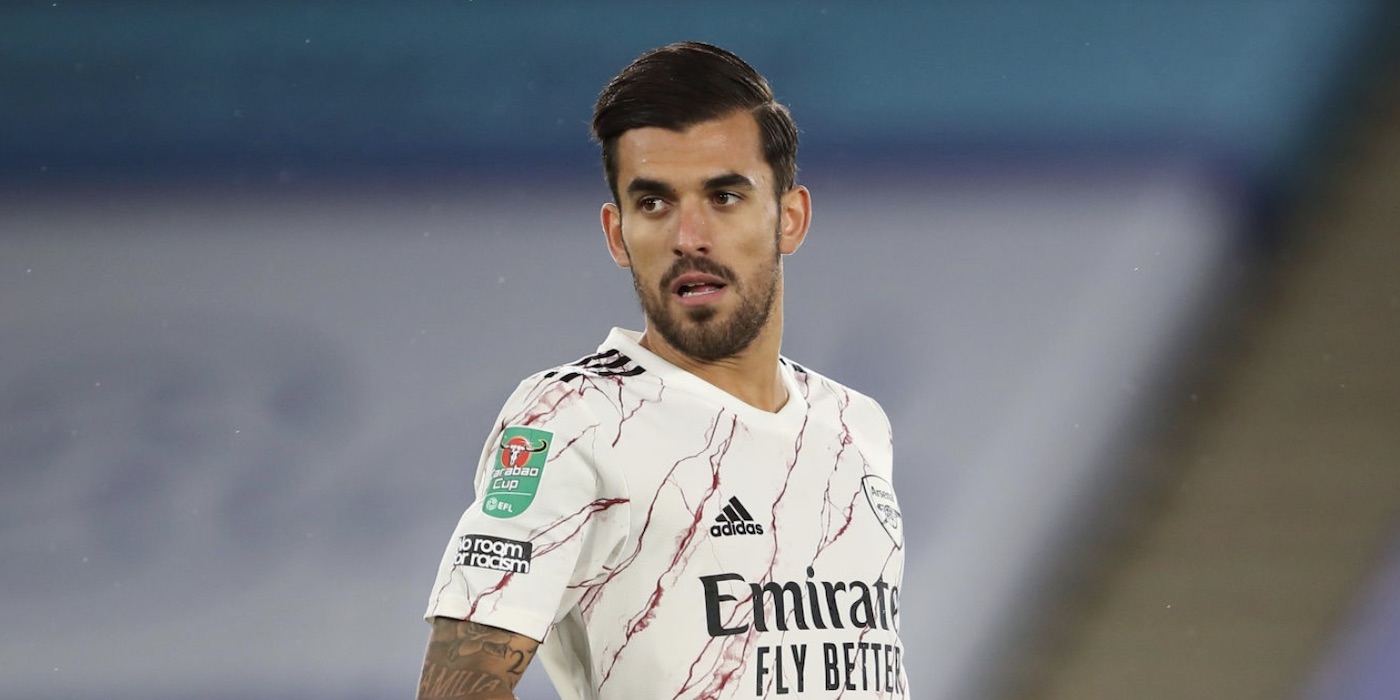 It might not feel exactly like it, but Dani Ceballos was a summer signing having ended his first loan spell at the club after the FA Cup final.

It was clear that he’d made progress under Mikel Arteta, that he’d won the faith of a manager who had questioned and challenged him last season, and by all accounts he was absolutely keen to come back to North London.

His chances of regular playing time at Real Madrid under Zinedine Zidane were slim, so he wanted to continue his development at Arsenal, believing he has made progress as a player.

Speaking to the press ahead of Spain’s Nations League clash with Granit Xhaka’s Switzerland tomorrow, he said, “People always say the first year is one of transition, but after the lockdown we saw the Dani Ceballos we all wanted, with the arrival of Mikel, we know the team improved.

“I found a position which isn’t usual for me, a bit more defensive. The Premier League takes you to the limit both physically and technically. I think I’ve improved a lot over the last six months.”

And on his decision to push for return to the Emirates, he revealed conversations with the Real Madrid CEO about how he’d made up his mind despite his parent club asking him to wait and consider it a bit longer.

“After the season I spoke to Jose Angel Sanchez and I told him I’d spoken to Mikel about staying at Arsenal, they told me to wait for a month for the team come back and take a decision, but my idea was clear to return to my club where I’d ended well with the boss’s confidence.

“You look at what’s coming next summer, the Euros and Olympics, you need an important role in your team and after the lockdown I found the role I’d been looking for in recent years with Mikel.

When a player is totally happy, personally and footballistically, you find the right position on and off the pitch. I decided to stay for another year.

“I was totally happy, and I could develop my game in a totally natural way.”

He was very good for us last season and should mix well with Partey, so very glad he stayed. Hope we keep him longer than this season based on his direction since he joined.

ceballos elneny partey is the mid-field i hope arteta prefers against big teams.

If we move to a back 4 as seems really likely, there won’t be a starting 11 space for AMN. Elneny is a steady but really limited player. It would be interesting to see AMN tried in a midfield 3 as the defensive side of his game has improved from playing at the back while he appears to have the stamina to be a box to box player. AMN/Partey/Ceballos would give us a pretty athletic midfield with some creativity.

I have no idea how ppl envision amn at middle when he has played only 2 games there.

B/c he started out as a midfielder and was converted to a fullback/wingback when we were short in numbers there. it shouldn’t be a difficult transition for him given that.

Maybe you didn’t see them? He was excellent in the one I saw, at Old Trafford a couple of seasons ago. Possibly the best player on the pitch – that day.

I could see AMN as an understudy and the perfect replacement for Partey, in a few years to come.

Yes I’m quite convinced Partey’s presence will allow him to shine a lot more creatively, and provide the platform for our attackers to build on.

He also sounds like a guy who wants to stay at Arsenal for the long term, which is music to my ears, as he’s still quite young and progressed a lot over the past few months. Let’s see what happens next summer!

Madrid’s economy seems to be worse than ours. I wonder if we’re able to shift some high earners in Jan (this season’s intensive schedule has got to result in more injuries and thus new needs for players), we might be able to strike a deal this winter for him that’s affordable?

I hope we can loan him again next season, and the season after that, till his contract runs out at Madrid and we sign him up for free.

If Aouar goes to Real, they may have to sell Ceballos to us. It was all planned by Bill Gates.

Footballistically. Great word. Good to have Dani back.

How do you say that in Spanish – futbolisticamente?

I cannot believe he really said that..

“For managers such big scores don’t have any meaning, whether you win 5-0 or you lose 5-0. You’re elated (with such a victory) but ‘footballistically’ it does not show the real difference between teams.” Wenger quote. The philosopher lives!!

Onions are always an important ingredient in a good Shish Kebab!

But Onions is a cricketer.

Skewer in a shish kebab…love it!

calling it a spine clearly pales in comparison

Surely it impales in comparison?

Totally happy to have Dani here. A big upgrade technically and a good attitude. Hope he signs.

‘My idea was clear to return to “my” club where I’d ended well with the boss’s confidence.’

Looks like he has truly started to get and feel the pride of being a gunner. There is never a feeling that is better.

Happy to have you as our player Dani. Ask Mr. Perez and co to politely fuck off and make the permanent move next year.

This speaks very well to Arteta and the work he is doing with the squad. He knows who will go to war for his team, and who won’t, and makes his decisions accordingly.

it must say something positive about the atmosphere Arteta has created that this guy was so desperate to return. hope they don’t see how well he does so we can sign him in the summer!

Lads all these Party puns are Tho-mas to bear.

Hope he makes the Euros squad, not the olympic squad… will be an indicator of him having had an excellent rather then decent enough year

Glad Dani is happy, for sure.

More significantly, Blogs indicated in today’s post he knows who the two unnamed players are who declined to take a pay cut along with Mesut Ozil. Pray tell?

Blogs and others apparently – and correctly in my view – felt it wrong that Ozil’s name got ‘leaked’ at the time, so the correct thing to do is not reveal them. I am totally with that. It didn’t extend to them not reporting that it was indeed Ozil at the time, but they’ll all point to the ‘but someone else already said it’ excuse I guess. What would be good to know is who and how it was ‘leaked’ in the first place re Ozil. Is there some unofficial inside line from the club when they want to get… Read more »

He hasn’t given readers any of that context, though.

Several factors : 1) Well lets not be naive, he didn’t have any better options 2) He was already familiar with us and we offered him largely likely regular feature. 3) He was also already familiar with Arteta whom he knew he had the trust of. He’s been prob one of the best LANS. BUT it was not a very conclusive deal. Come next summer we may have trouble extending again or signing him since there isn’t an option for the latter and if/should he perform well, his asking price will only skyrocket. Considering we have put out 50m odd… Read more »

We can’t extend next summer – he’s out of contract. So he can go where he wants for free.

Oops actually I may have remembered that wrong…

Think you are right. On Transfermarkt it says he’s at Real Madrid until 30 June 2021. Then he’s all ours! ?

With regard Ozil, If they can reach some sort of (early) settlement great. But I don’t see him as necessarily a problem either if we should just have to stomach the added wage for another year. Clearly we have brought some issues on ourselves with Willian on 220K for 23 years a poor negotiation that would be compounded with Auba and Partey at high 240K + wage level somewhat more necessary. As a tactical side of things though, keeping on Ozil does : 1) Give us an option should Ceballos get knocked. 2) Partey and a return (heopfully) to a… Read more »

This will be a long international break, won’t it?

Anyone else love his use of the word footballistically?

Le Profs influence lives on! Can’t wait to hear his interview on the 14th.

Signing Partey will now allow this lad to get forward more and show us what he can do in and around the opposition D. And God knows we need him to, because since Ozil’s omission, we have struggled. (It took us half an hour to muster a single shot against Sheffield Utd last Saturday) As for the Ozil situation itself, I’ve refrained from commenting too much on it, because 1. My opinion on the matter is already well documented on this forum and 2. What’s done is done, it’s spilled milk as far as I’m concerned and it’s time for… Read more »

“my club” love it