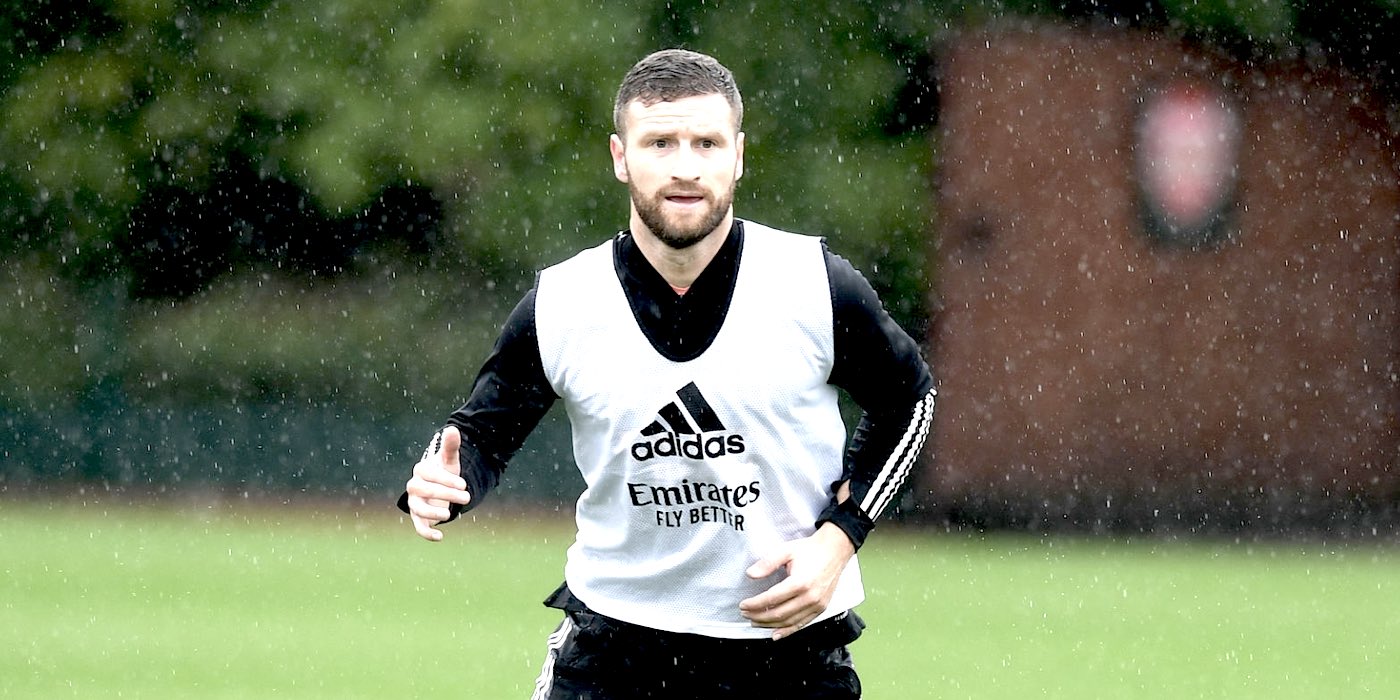 Shkodran Mustafi will be in the Arsenal squad for tomorrow night’s Europa League tie with Rapid Vienna, returning to action having suffered a serious hamstring strain during the FA Cup semi-final win over Man City on July 18th.

The German’s injury required what was described at the time as a ‘small procedure’, but he has been back in full training and could be part of Mikel Arteta’s side in Austria.

His return is timely, as the club have confirmed that Rob Holding will miss three weeks due to the hamstring strain he picked up in the warm-up last Saturday, before the 1-0 defeat to City.

With Calum Chambers still making his way back from an ACL injury, Pablo Mari’s expected late September return now being pushed towards the end of October, and William Saliba ineligible for Europe, it meant the Arsenal manager has been short of options at centre-half despite having eight players in the squad for that position.

Meanwhile, Dani Ceballos and Willian will not make the trip as they are being assessed for ankle and calf issues respectively.

There is a place for Thomas Partey though, and the new signing could make his first start for the club as we look to get our European season off to a winning start.

Happy to have Mustafi back!

yea i welcome this

One of the players who plays better with no crowd

Excellent point. Same goes for Xhaka. Says it all about our current fanbase really. Imagine what Arsene Wenger would have achieved in these circumstances – no fans to destroy the morale of our players, and VAR making it a lot more difficult for referees to systematically cheat us.

I never thought I’d breathe a sigh of relief when I saw Mustafi is fit again but this is great news.

It’s our one in one out policy in defense.

Never thought I’d say this but happy to have him back especially now that there is competition for places.

Wonder whether it is non-Arteta Mustafi with no enhancements, or Arteta enhanced Mustafi that returns. One never knows with such special players

You know that ‘small procedure’ he had? Get ready for cybernetics-enhanced, Terminator-level Mustafi.

Good to have you back Mustafi, there’s always strength in number.

The final nail in our top four coffin.

Thank goodness you’re not the manager 😂

I don’t know if we will go into a back 4 with Luiz and Mustafi. Spells disaster. Would like to see Partey. maybe Elneny or it could also be used to familiarise the Ghanaian with Granit for at least a half. Should be opportunity to test some peripherals that said even if we should not underestimate the opponents. We are far from fluid even with first choices. Yea like to see Laca lead the line, if he knocks more in will only do confidence and the team good. All for Nelson. Anybody’s guess. But yeah, hope to see some of… Read more »

Isn’t that the actress from Little Women?

Liverpool will come for Mustafi in Jan window to cover for Van Dik.

Probably on shop window given we already have Mari, Magalhaes, Holding, Saliba. Saliba of course still developing, Holding not much stronger than Mustafi at the moment but has age on his side. Mari of course looked decent but too few games to fully tell before he went out injured. Chambers another enigma, sent out on loan last season so interesting to see how he gets on and if Arteta entertains him. I don’t think Arteta has anywhere near 100% solidified his opinion on his main 4 Cbacks. Theoretically it should be Mari, Magalhaes, then any of Holding, Chambers, Mustafi and… Read more »

…bad luck Holding. Just when you are about to get a reasonably extended run. But good to have options and Mustafi a better player than many prefer to have given him credit. like Granit, not his fault we were foolish to pay over for them but they have both responded to Arteta’s tactical instructions. As mentioned with Saliba, many preferred to live in dream land as per usual and imagine him better than he is at the moment. he is an emerging player but again we paid way over at 27m for him considering zero use last season and jury… Read more »

I gave up a upvote for your 2 reply’s to other people, you have a balanced view of Arsenal, I like your posts mate…..But it’s these comments,people prefer to live a dream land, as per usual, are the ones that get you lots of downvotes.

It can be said we paid over the top for Saliba although his mate from Etienne Fofana went for nearly the same amount to Foxes. I believe considering the shortage of good CBs these days the price for decent/good ones is sure to be up.

News that will strike fear into the hearts of strikers everywhere! Alternatively, probably not.

Welcome back. Mustafi has a history of defensive errors but he was doing pretty well under Arteta and his injury was a bit of a blow.

Though I think Blogs already has a 4 typed in for his player rating for Thursday. “Mustafi mustafi’d.” Ha.

Ohh no not again. this is the worst news of the day

He played well before he was injured his only bad game was against Spurs where he turned into old Mustafi, but that aside he was our best defender

Is anyone else getting the “send me a pic of your favourite player. I’ll turn it into a work of art.” advert with a fucking picture of Son Heung Min? Seriously? On an Arsenal blog site?

Maybe if you send them the picture of Son Heung Min, they’ll draw him a mustache or blacken his teeth.