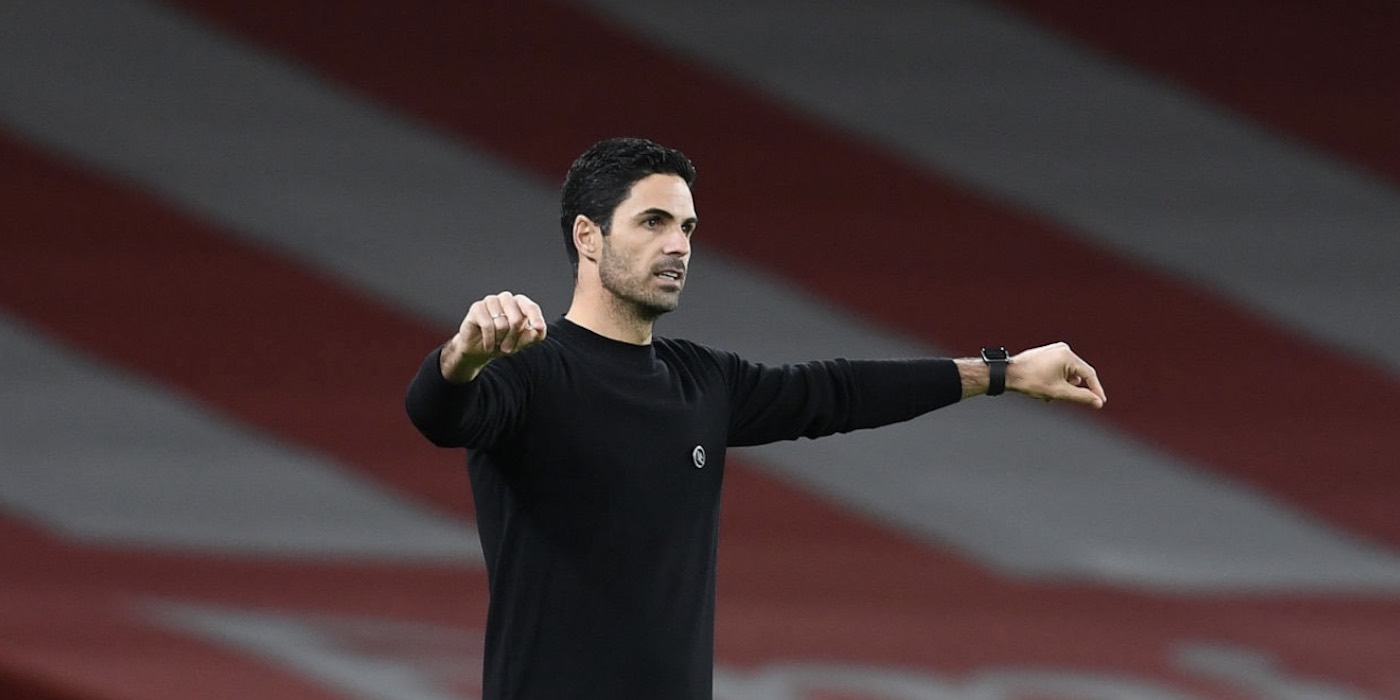 Mikel Arteta is the latest Premier League manager to voice concern over the increase in player injuries and said he’d support a return to the use of five substitutes per game.

While Fifa backed the continued use of two extra substitutes in all competitions until August 2021, a majority of Premier League clubs, in contrast to their peers in Germany, Spain and Italy, voted against continuing the policy, arguing it favoured the bigger clubs.

In the absence of an official league-wide injury audit, unofficial reports have since suggested that muscular injuries, in particular, have been on the rise in England. There’s also the underlying risk of a Covid-19 outbreak causing havoc to squads at any given time.

It has sparked anger from the likes of Jurgen Klopp, Pep Guardiola, Steve Bruce and Ole Gunnar Solskjaer who are all concerned that players aren’t able to cope with the burden of playing so many games in a compressed timeframe.

Arteta shares their worries. Asked if he’d advocate a rethink on the substitute issue, he said: “I would strongly support that. We are here to give the best possible show.

“At the end of the day, in order to do that we need the players; they are the most important part of that.

“We have to be conscious that we have to protect them and we are constantly exposing them, we’ve had no holidays, they are going to play international football every time there’s an international break, there’s a competition [the Euros] this summer and it goes on and on and on.

“At the end of the day, we’re going to have some really bad news with players that we are not respecting. We can change some things, even if it’s not ideal, but having the context that we are in at the moment, it would be really helpful [to have five subs] in my opinion.”

Asked whether he expects next summer’s European Championships to suffer if players are shattered by the end of their domestic season, he added: “We can see, it’s no coincidence, that the percentage rate of muscular injuries already in the Premier League has already increased dramatically.

“It’s not a coincidence and it’s only going to go that way unless you do something about it. The intensity is not going to go down. The level of demands, the quality we have in this league is superb and every match will be so competitive. When that’s the case you cannot drop that [level], so players will get injured.”

Arteta has previously mentioned that a return to bigger matchday squads would help him keep more of his swollen senior squad happy. Lots of big names and promising youngsters have had to sit out Premier League games this season and that, over the course of a season, could well lead to players wanting to look elsewhere for chances. Hardly ideal.

Wait… He expected worse from Saliba?

International football is the problem really. 5 subs is a good idea, but won’t save the most successful players.

Travelling abroad and mixing with different teams also increases the possibility of self-isolation.

To appease the FA they could all agree that a certain contingent of the subs had to be British / home grown. Then at least the bigger clubs would be forced to use young players as apposed to filling the bench with £50m failed CB’s (Man City) or £50m failed CM’s (Man Utd).

It would also be great for us. But really I’m more interested in the integrity of the league and all that shit. Probably.

In the name of integrity, I hear you. 😀

I’m surprised the FA, with all their talk about getting young English players game time didn’t do the 5 sub rule or even a 4 sub rule/2 subs most be homegrown rule to compromise. You didn’t have to go for a 5 sub or 3 sub as the only two options (the talk from the other teams of advantages to big teams was a bit over the top, there are ways around that and keeping the 5 sub rule in place)

It’s not the FA’s decision, the premier league clubs voted against it

I think smaller clubs are happy with that predicament and I support them because their players by and large aren’t on the starting line up internationally and more importantly aren’t playing as many games as such so it helps even things a little bit more due to the commercial imbalance.

If players were committed they’d all go in strike to force a rethink. They can’t penalise all footballers! Radical I know.

Spot on, Arteta. Five subs should be standard in all football competitions. In top-level football in England we have four main competitions including these ridiculously bloated European cups. At the moment managers are having to drop top players completely from the minor games to save legs. With 5 subs we would have more chance of say 30 minutes of Aubameyang in a League Cup match. If the smaller clubs don’t like it then who cares? We pay to see the big stars. Burnley and Fulham could use the extra subs to blood and develop their youngsters, if they’re smart. Modern… Read more »

I agree, but I’m surprised that in the photo Arteta should be practising Greek dancing rather than concentrating on the game.

Aha. That’ll be why our recruitment had improved.
He’s castanet more widely…

Thank you, I’m here all week. Try the fish.

Call the internationals off….then it is a fair game.

It actually amazes me that smaller clubs would vote against this. They have smaller squads, so injuries should impact them more. Baffling

I think the idea is they don’t have ‘super subs’ like the big boys. They’re playing their outright best 11 from the start, and the quality drop between their starting 11 and their bench is greater.

Off topic, but has Roy Keane calmed down yet? 🤣

well if you look at the league table, the smaller teams will certainly feel they made the right call