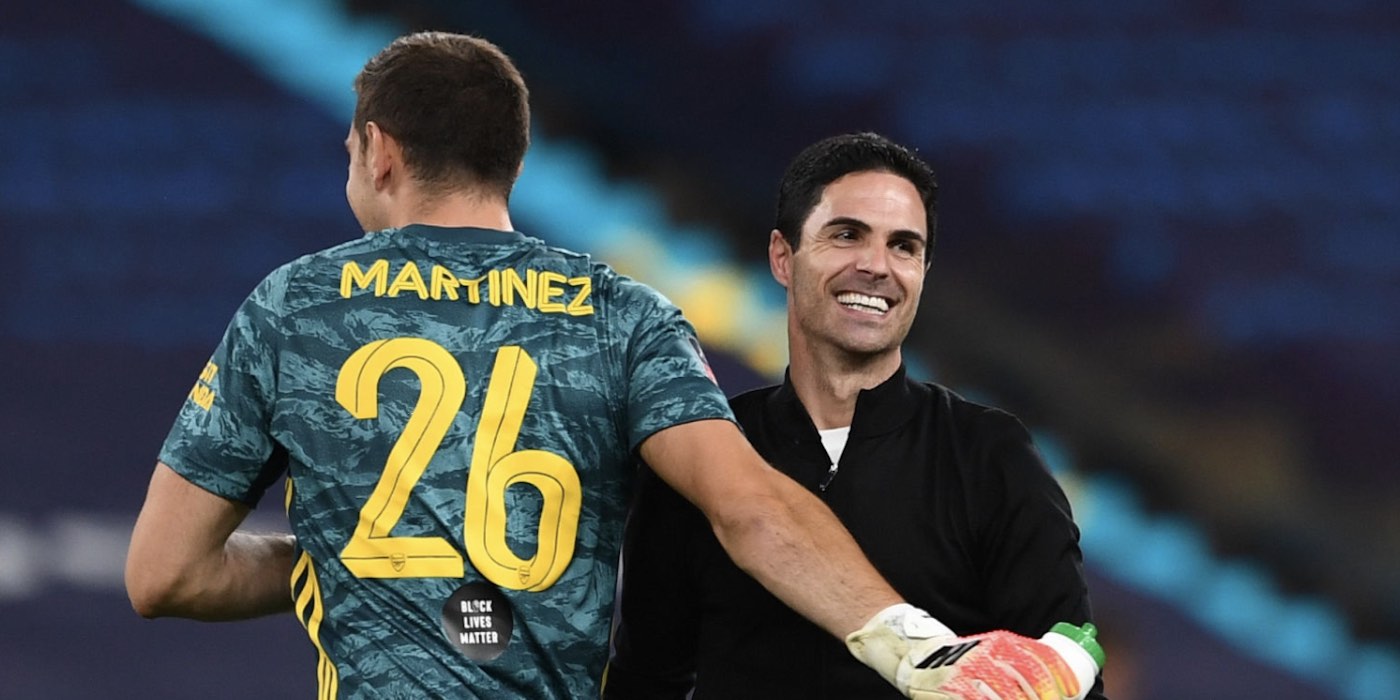 Mikel Arteta says he had no plans to sell Emi Martinez this summer, but made it clear that the keeper’s ambition to be the number one somewhere and stake a claim for the Argentinian national team were things he couldn’t stand in the way of.

The former Gunner returns to the Emirates on Sunday as we face Aston Villa, and from the manager’s comments it was the player’s desire to take the opportunity elsewhere, and the very substantial offer made by the midlands side, that drove the decision making.

Speaking ahead of the game, Arteta said, “He had a career of 10 years here. It wasn’t just the last six or eight months.

“You have to look at everything he did through his time at the club. Obviously, it wasn’t in my plans to sell him, but we gave him the chance because he deserved it.

“He performed really really well but we have to balance the books. We have to make the right choices in the market and obviously, I couldn’t guarantee him to be the number one.

“He’s a very ambitious person, he has been working really hard and he can see now that the opportunity is there. He’s got the opportunity to play with Argentina and when a player asks you to do that I think you have to be open enough and tell him what you think about him.

“If he makes the decision to leave, you should try to support him because he deserves it for the way he has served the club over the years.”

Emi returns a favourite among the fans for his performances and his contribution to the FA Cup win over Chelsea in August, but as much as we like him, we’ll be hoping he has a game to forget on his first return to North London.

Our strikers needs to be fire to get past him, cos he is a determined character

Still not convinced we made the right choice there.

We did. We got money to buy Partey and he has improved our midfield. Having two good keepers who are at par with a weaker team ahead of them is not the right choice.

United have De Gea and Henderson, how is it helping them? Unless one was to get injured

It’s a tricky one, but leno is probably the better sweeper keeper and we’ve needed a d/mid for years.
Let’s just hope new keeper good and leno doesn’t get injured.

If someone offers the same money for Leno this summer, do you take it and keep Martinez?

Thumbs up for yes and down for no.

It’s funny with these mid range signings (£20-30m) because we assume they are good business and we can make a really great profit from them. I know the market is pretty shit but even if it wasn’t, and given that Leno’s time at Arsenal has been all together successful, would we really get more than £30m for him? The same with Torreira, the same with Tierney. It’s actually slightly misleading to assume that these players will make us a lot of money when we talk about resale value. None of them are ever likely to be worth more than £35m… Read more »

Depends a bit who is buying

Considering it’s a depreviating asset price should go down. But commercial inflation outweighs it. We live in a strange world

Goona get ya
Reply to  Johnny 4 Hats

Tierney are you fucking mad?

Martinez has been getting lit up a bit lately. He might try too hard on Sunday, advantage Gunners!

He’s not that kind of guy. ‘Systems’ over ‘Goals‘ for that guy

Leno is worth much more in the market. He has a significantly better resume. He might become Germany’s no1. Arsenals best and or second best player last two seasons. I wouldn’t accept Martinez money for Leno. That said, I would have made Martinez no. 1 and made a decision on who to sell next summer. Fuck balancing the books both would have been worth more than Martinez is now.

No way He is getting No1 Spot for now, He is still behind Neuer and Ter Stegen. Mind you all three are top notch keepers

It was a dilemma, kind of, decision: it pays both party.