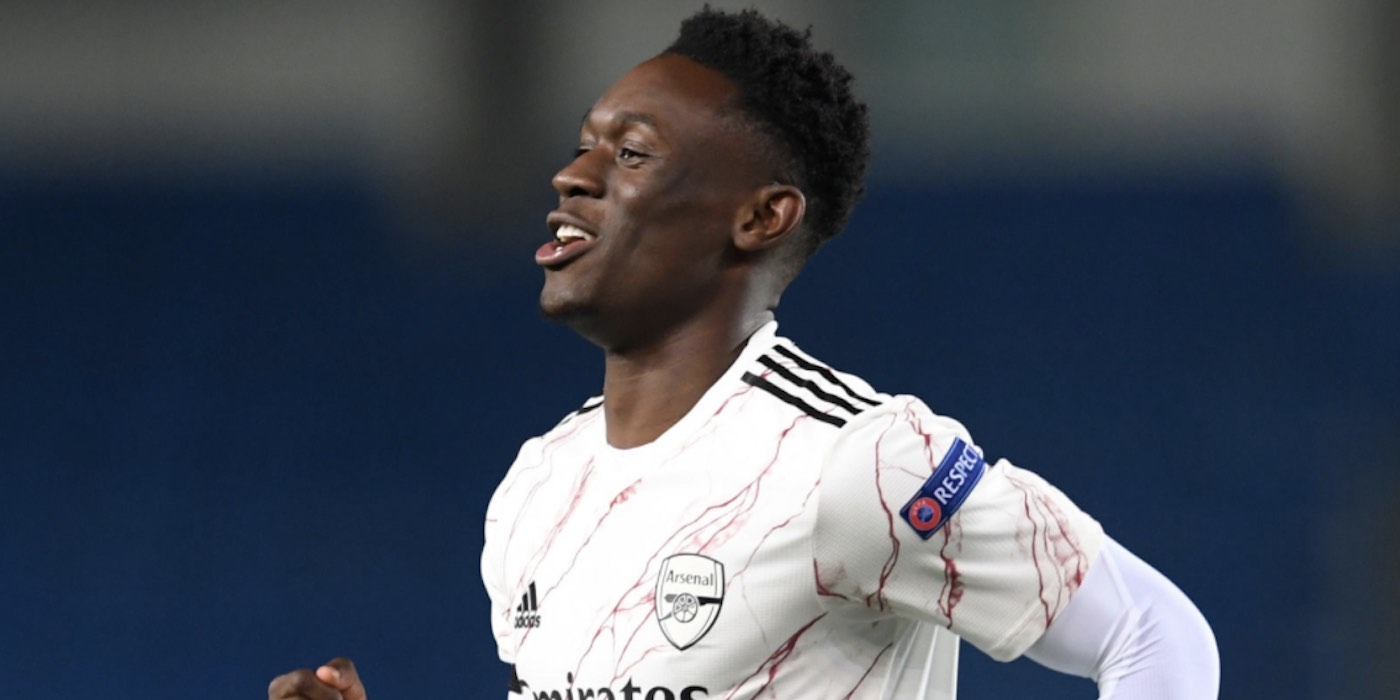 Mikel Arteta again expressed his hope that Arsenal can tie Folarin Balogun down to a new contract, and that the 19 year old wants to stay.

The striker bagged his first goal for the club in last night’s 3-0 win over Molde in the Europa League, just over 30 seconds after he came on to replace Eddie Nketiah in the latter stages of the game.

It came after pre-game chatter about his future, with Arteta sounding a positive note about his intentions, and his finish drew praise from the manager who said, “It was well deserved for the boy.

“He is working really hard, he had some difficult months with all the speculation around him but he has handled the situation in a really mature way.

“He wants to stay, we want him to stay, we give him the opportunity and he took it straight away.”

Baloghun declared himself ‘really happy‘ with his first strike for the Gunners, but kept his feet on the ground afterwards, saying, “It’s nice to see the boss showing faith in me.

“It feels like this is good experience for me, I just need to keep on learning, keep on adding to my game and I’m happy that I could contribute today.”

With qualification for the knock-out stages confirmed, it was put to Arteta that the final two games would provide more opportunities for young players, and while acknowledging that, he insisted that he has to find the right blend of youth and experience to give the youngsters the best chance of performing.

“They have had chances even from the first game,” said the Spaniard.

“We decided to give them chances because you have to give them real opportunities. For me to play them in friendly games is not a real chance.

“You have to give them the right competition and you have to surround them with senior players and big players around them.

“Then you can assess whether they’re at the level, whether they have the personality to play at this club, how they react to good and bad moments and this is what we are trying to do.

“To play the next game, they have to earn it, just like everybody else in the squad, because we want to finish first.

“I think we are using our young players well in the competition.”

This is amazing news. I don’t think I could emotionally contemplate another Gnabry situation.

Perhaps if Eddie went out on loan, and it looks more and more like the lad could use one, Balogun could be promoted to back up CF.

I love his confidence and his comfort on the big stage. But most of all, I love the way he makes me feel about myself.

I’m sure we can all relate…

and he has all the attributes to be a top striker. Left foot,right foot. I know my views of him are based on youtube videos, but he does look a complete package and a more rounded striker then nketiah and john jules.

I fully agree Balogun is a much better prospect. Eddie seems limited to poaching goals in the box and those are few and far between once you play at higher levels. At U-21 he excels but moment level goes up his limitations show. Balogun is stronger, more versatile, seems technically better and has more of a “presence”. If we have to sell or loan I would prefer Eddie to go and keep and develop Balogun

Who are you? Randy Newman?

Given the issues with Lacazette’s form it’s surprising he hasn’t pushed more into the first team, but Nketiah doesn’t quite do the job Arteta seems to want from his nine (at least in the absence of a midfield creator), a spell getting regular games leading the line for a club in a strong league could do him wonders and open up more space for Balogun as well as Martinelli who’s due back soon-ish. There’s so much potential talent up front and in attacking positions, hopefully the Gnabry fiasco will sting less going forwards and hard lessons about how to manage… Read more »

Very positive news and just the tonic we needed during a very mixed period for the club, patience is in short supply so we need performances like yesterday’s and players emerging like Flo to keep things on an even keel.

Score four goals over the two remaining ‘sample’ matches, so that he deserves to play more in the remaining competitive EL games. Win the Europa league for us and next season you’re in the next Top 50 youngster rating and balling weekly for Arsenal at 20.

The Arsenal fan Sp💩rs striker did similar a while back and he had some misfiring 💩 ahead of him in the first team (Negredo or Soldado ?? )

I am fascinated to see how this plays out in the remaining two matches. Obviously I don’t want to see Lacazette start but if Auba plays striker permanently then Arteta might have to start him in the remaining two matches just to keep him happy over Valogun.
Honestly I can’t wait to see Lacazette leave my club. Literally built his whole career on “sauce”

Player of the season 2 seasons ago. Take your blinkers off.

Laca isn’t a bad player but when you’ve got Balogun, Martinelli, Nketiah & John-Jules coming through it does seem that cashing in on him and then using that cash to buy defenders and midfielders is a sensible option.
It’s a pity we signed William as all he seems to be doing is blocking the path of Maitland-Niles, Nelson & Smith-Rowe

On the topic of young player opportunities, not a good news to see Saliba looking to give up his salary to return to St Etienne…

Don’t believe everything you read.

Why not? He’s just lost both parents aged 19 inside 12 months, he’s not playing here and so he’s moving somewhere he’s more comfortable for a season to get his head together

Why isn’t it good news…he actually wants to play football unlike some people who would never give up their salary to actually be able to play.

That’s good news but it was a shame that there had to be the uncertainty because of, apparently, some earlier dithering by the club. We need to get our act together more than has been the case to ensure that we retain the quality youngsters that we have.