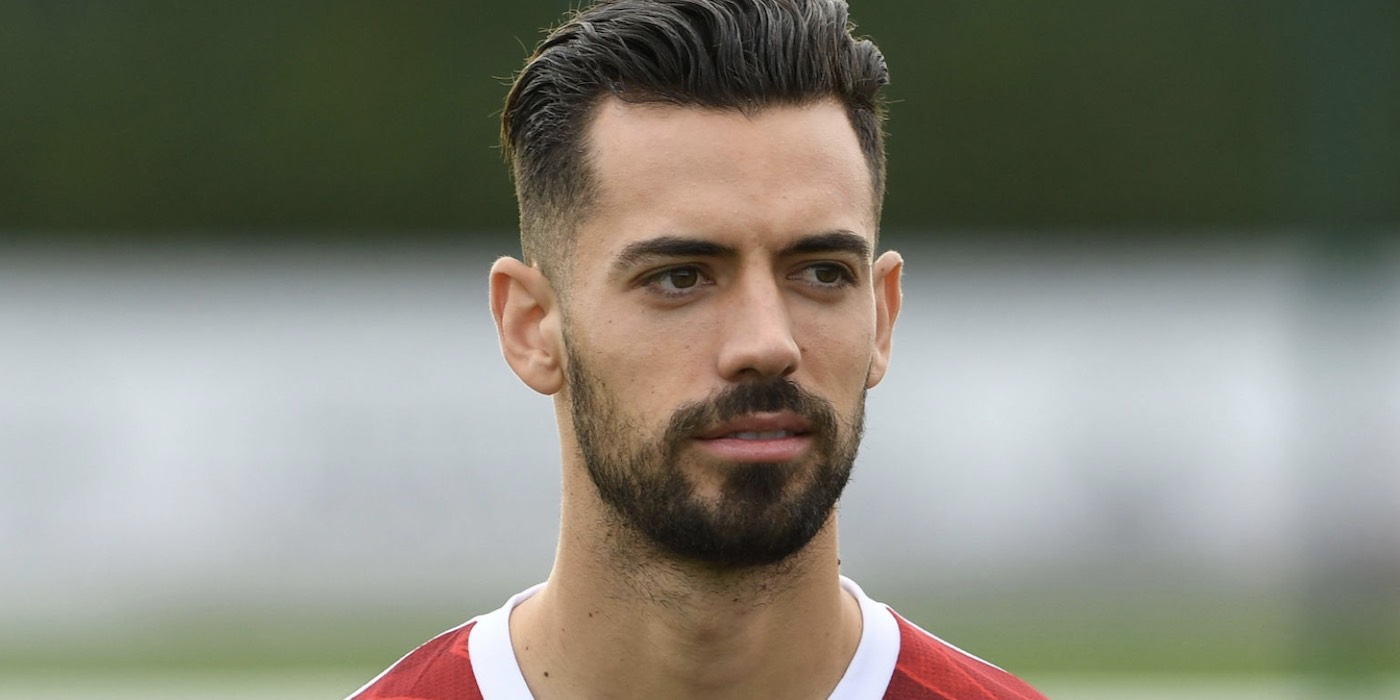 When Pablo Mari picked up an ankle injury just a few minutes into our first game after lockdown, it was suggested he’d be back in action in September.

We’re now heading for the end of November and the Spaniard has yet to make an appearance, although he is now back in full training and progressing well according to Mikel Arteta.

There was a reported set-back some time ago, and the Arsenal boss expanded on what exactly happened to the 27 year old and why his return has taken so long.

“Obviously he had a really difficult surgery, he had a screw [put in] and sometimes when you have an external body inside it can react in an unexpected way.

“It was causing some inflammation and some irritation in the joint all the time and his ankle was swelling, so we had to take that out.

“It was a bit of a setback but he’s been working really hard and looks really good in training.”

Having made only three appearances since his arrival from Flamengo, and with the high profile arrival of another left-footed centre half in Gabriel, doubts over his place have been emerged, but the manager insists he has a role to play.

“Yes, he does,” responded Arteta to a question about whether or not Mari still has a role to play.

“We’ve been hit really hard with some big injuries. Not just Pablo, but Cedric as well. He had two or three different incidents.

“Gabi Martinelli has been out for such a long time. Calum Chambers got injured three weeks after I arrived and still hasn’t played a game, and is still recovering.

“It is what it is. What I can say is that the approach of those players and how they’ve been trying to work to be back to their best has been phenomenal in all cases.

“Let’s hope that we can have them, we can use them, and they can feel part of what we’re doing.”

The few moments I saw this guy play… He’s good.

Because of the times I have seen him play for NAC Breda, I could not think of a possible way how he could ever play for a club like Arsenal.. life is funny I guess

having chambers back could help out in CM , does anyone know when he is due back ?

I will never understand the logic behind thinking “Oh, your leg’s broken? Well let’s put a metal fucking screw through it” 😕

Maybe the doctor’s have a valid reason for doing it based on years of research and experience?
But maybe that’s just me.

I never said I was a doctor.

A P
Reply to  Grymelock

Well, to be fair, you never said you are an idiot either.

canon fodder
Reply to  A P

This is the funniest post I have ever read on Arseblog; I can’t stop laughing…Comedy gold!

He never said, that you said, you were a doctor.

Didn’t claim to be a religious fuckwit, either. Okay, because apparently this needs clarifying. This is my OPINION, which I am completely entitled to and I am not intending to open Dr. Nicks chopshop outside the hospital claiming I can heal all and sundry. Also, you seem to be forgetting about casts. That exactly what bones do. In terms of “research and experience” there is more than enough to state that foreign body poisoning is a very real thing and just about every person who has metal implants suffers problems in later life. Look at all the sports people who… Read more »

I agree it seems strange to screw bones together but on the other hand I can’t imagine a doctor, having taken a Hippocratic oath, to do something that would harm a patient. 🤷

I’ve just never liked the idea of putting foreign objects in the body. Especially after what happened with Santi.
I’ve experienced surgery under local anaesthetic and it isn’t as precise and scientific as you’d like to imagine.

I’ve experienced surgery under local anaesthetic and it isn’t as precise and scientific as you’d like to imagine.

Of course, it’s not a perfect science. But even the crude parts eg metallic immobilization are refined , they use inert aluminum ?? rods and not metals that will rust inside you or some shit

To be fair, half of these comedy geniuses’ responses were locked in mediation when I wrote that. Teach me to expect intelligent discourse here.

Wasn’t being witty, I believe in a God. Casts are an external method of immobilization and cannot achieve the amount of immobilization required for a bone break as primary immobilization . It’s after the metal immobilization which is firm that the cast is laid out to achieve secondary immobilization.
I agree that Medical procedures are constantly being refined and I’m sure agents won’t stand by to have their wards careers fucked over when there are better procedures. These guys are million dollar racehorses. Cheers.

Just out of interest, is this guy also on monster wages or could we sell him if it doesn’t work out?

I cant find a damn thing on what wages he’s supposed to be earning at Arsenal. Hmmm suspicious much?
Another one of Sanllehi’s brown paper envelope deals.

Hopefully its not too much.

Send him back to Flamengo!
Please, we need him, our defense is pure shit without him

No idea why we signed Mari, or Cedric. We never needed them. I will reserve my comments on Willian till 2021