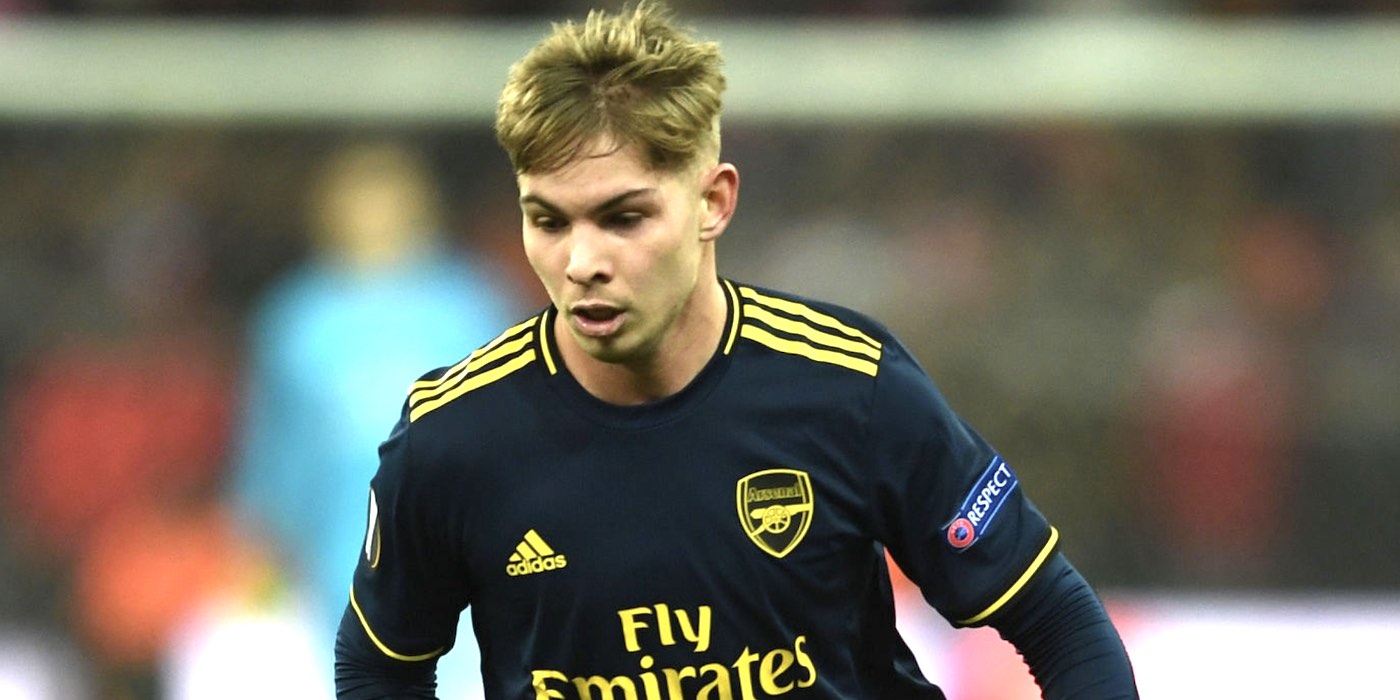 Arsenal U23s have had to be very patient to get three points this season but, when the victory finally came around it was certainly worth the wait.

Steve Bould’s side secured an emphatic 6-0 win away to Blackburn Rovers on Friday night, with Emile Smith Rowe and Nikolaj Moller both scoring twice while Catalin Cirjan was also on the scoresheet with the other goal being an own goal.

Arsenal’s overall performance was of a very high standard, with Folarin Balogun dropping deep and linking play to excellent effect as Arsenal secured their biggest win at this level for over 20 years.

The return of Joseph Olowu, who has played more than 30 times for the U23s and also has experience from his recent loan spell at Cork City, certainly helped Arsenal’s cause in terms of making them more resolute defensively as they kept a rare clean sheet.

Moller, too, was very impressive, with the tall forward, who recently joined the club from Malmo, often winning the ball in the air and heading it down for his team-mates to run on to.

The involvement of Smith Rowe was undoubtedly a key factor in Arsenal’s win as the hugely talented midfielder was very impressive in his 71 minutes on the pitch. It is hoped that he will finally be involved with the first-team again soon.

I for one can’t wait to get ESR back in the fold. I am really hoping that he’d be the creative hub that we have been craving for all season.

I wonder what position the boys occupy on that league table.

Totally agree with that but we have to find a route for Balogun into the side too. He must be pretty dispirited knowing that Eddie is just a few years older.

If Arteta can work his magic, get him to sign da ting and secure him an effective loan spell, he could return a first team contender. We can’t allow the Gnabry saga to ever happen again.

I personally think he needs a loan too. He didn’t really get a sniff at Leeds and we can see why this season with Bamford being an absolute boss.

Maybe I’m just a loan maniac but I’d love to see all our young guns – bar Saka – head out. How great would it be to see Joe playing week in week out for a Bournemouth or a Brentford?

They are all so promising. But none of them, except Saka of course, I would necessarily trust with premier league starts just yet…

I think Eddie is worth about 5-6 goals this season, I don’t think balogun will get that many with less minutes than Eddie. I’d love us to get someone in the team to truly feed our strikers. I hoped willian would do that but so far he and laca/Eddie haven’t clicked quite yet.

Strangely though I feel like he would compliment martinelli well, but then injured players are Messiahs

Patrick Bamford was the reason why Eddie wasn’t getting regular minutes at Leeds but not for the reason you think. Bielsa simply just preferred Bamford in his set-up. I remember a BBC radio 5 presenter always defending Bielsa because Leeds fans were worried he still hadn’t learned from the mistakes of their previous season. I see Bielsa as a strong-willed coach and he wss determined to prove doubters wrong by sticking with Bamford Bamford was quite mediocre for most of Leeds championship games last season. There was a period where their title challenge was under threat due to his poor… Read more »

Maybe you never learn from past experience. Loan has never been good for our young players. Give me an example of one of our youngsters who returned totally improved.

Agree but that was the only case and along time ago already.

He set himself a pretty high bar on his debut.

Good to have ESR back playing. Maybe we’ll see a few Europa league minutes from him before a post Christmas loan.

ESR should be with the first team this year, unless we honestly cannot give him any football. It’s time he starts to play with Auba and the like, Arsenal players, just like Saka was given his go last year and blossomed. He’s proven he’s got the talent and the drive, much like Willock, and it’s important to make these guys feel like they can get into the team and do something. We are bound to get some injuries and the fixture pileups during the holidays should even provide some possible PL sub appearances for the younger guys. Including Nketiah, Saka,… Read more »

True. The longer the season goes on the more we’ll need the squad as we’ll have the “first choice eleven” available less and less (if at all). There are certainly some very promising youngsters at the club. The trick, as always, is how/when we use them, and also if/when they’re best loaned out. The latter can be a potential problem as you can’t keep loaning out a player (as tended to happen quite frequently under AW) or they’ll simply leave – and we all know that’s been costly on occasion for Arsenal in the past.

Yep. I remember ESR and Saka were great in the Europa League during Emery’s 1st season.

ODB
Reply to  Salibaba and the Forty Thieves

Both attacking players, not necessarily similar. But great talents.