Arsenal Women Arsecast Episode 49: Arsenal get a signing over the Lina

Vieira gets his first Arsenal minutes as under-21s beat Swansea

THE LOWDOWN
Arsenal travel to Walsall for the already thrice postponed match between Aston Villa and Arsenal at the Bescot Stadium. A covid case in the Arsenal squad, a waterlogged pitch and a frozen pitch have already done for this fixture since its original date of January 9th. The forecast seems a lot more positive this time around, so fingers crossed!

For Arsenal, the last furlong of the season starts now. They trail Manchester United by nine points in the final Champions League qualification spot but they have two games in hand- this being one of them- and they welcome United to Boreham Wood in mid-March. While the squad and the manager will be urging a game at a time, the Gunners need to go on a run to qualify for next season’s Champions League, there is no more room for error.

Arsenal will be favourites for every fixture they play until the end of the season, with only United likely to close the gap in the betting markets. Montemurro’s side have endured a stop start year with four postponements since the New Year and, for the first time in the WSL’s history, they are four away games without a win having lost twice in Manchester, lost at Chelsea and drawn at Reading.

2021 has gotten off to a bad start but now the squad have a series of winnable games and an injury situation that is clearing- but then we have said that before! Back-to-back trips to the Midlands ought to yield six points and a pair of confidence boosters ahead of the visit of Casey Stoney’s side on March 18th. Villa have been relatively strong at home; but they lost 4-0 to Chelsea and 7-0 to Manchester City this year, Arsenal ought to be winning this with room to spare.

A WORD FROM THE COACH
“(This international round) was really important for the players, just so they don’t have to look at my ugly face day in and day out if nothing else! I’ve always been a big supporter of players going away with their countries, it’s an honour and whatever they can get from that perspective is really important for them. We support that.

“It’s been an interesting one because some teams have just gone into camp to get their players together. All the testing that is required to get players back into our group has been a bit challenging. It has been a good round in terms of getting our players more game time and getting them into a different environment with their international colleagues- that’s been really important from the mental health perspective and the football perspective but it has also been challenging in terms of the protocols.”

TEAM NEWS
Arsenal welcome back Jordan Nobbs and Jen Beattie from quad and calf strains respectively, while Caitlin Foord’s knee injury is not likely to recover in time for this game. Likewise, Kim Little is more likely to be fit for next week’s game away at Birmingham City than this match. Steph Catley (hamstring) is currently on track for an April return while Viki Schnaderbeck is still out with a knee injury.

🗞 An update ahead of @AVWFCOfficial

THE OPPOSITION
Villa lost 7-0 to Manchester City and 4-0 to Chelsea during January but last time out, a Mana Iwabuchi wonder strike gave Villa a vital three points in a 1-0 win over Spurs at the Bescot. They also held Reading to a 2-2 draw in January. In Iwabuchi Villa have a player who is well-known to many Arsenal players, she played with Manu Zinsberger, Leonie Maier, Viki Schnaderbeck, Lisa Evans and Vivianne Miedema at Bayern Munich.

https://t.co/eyTzBuEKYh Was told last season that Arsenal came close to signing Mana Iwabuchi, I asked Joe Montemurro about this this afternoon and he confirmed that was the case and explained why the deal didn't ultimately come to fruition 👇

Iwabuchi was a player of serious interest to Arsenal in the summer of 2019 and January 2020 but a move didn’t come to fruition, largely because the Japanese FA wanted her to stay in Japan until the Tokyo Olympics had taken place. Iwabuchi has played on the right for Villa and is comfortably their most dangerous player, the playmaker was a key member of Japan’s 2011 World Cup winning side.

Villa made a managerial reshuffle recently with 27-year old boss Gemma Davies demoted to assistant manager for the remainder of the season, with experienced coach Marcus Bignot stepping into the hotseat. Bignot had two spells managing Birmingham City Women, his first stint coming when he was just 24.

PLAYER TO WATCH
The return of Jordan Nobbs is an enormous boon for Arsenal, her absences this season have coincided with poor runs of form and the impact of her absences have been very underplayed. She has two goals and four assists in just four WSL starts this season and these numbers are entirely typical of her output throughout the last half a dozen seasons or so. 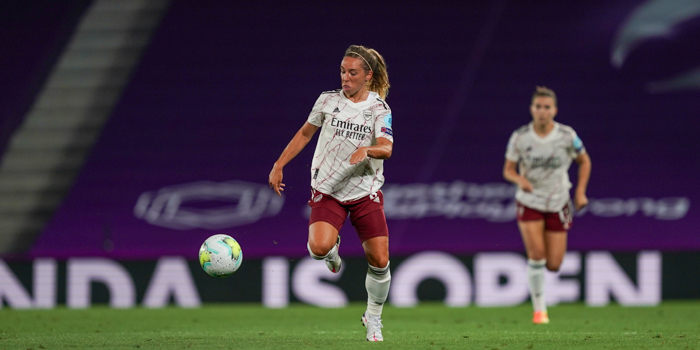 Montemurro has played Nobbs in the wide-forward positions this season, which hasn’t impacted her end-product but it has probably reduced her overall influence with Jill Roord playing in the number 10 slot. With Caitlin Foord likely to miss this game, Montemurro will likely field Nobbs in the wide-left position again to support Vivianne Miedema upfront. 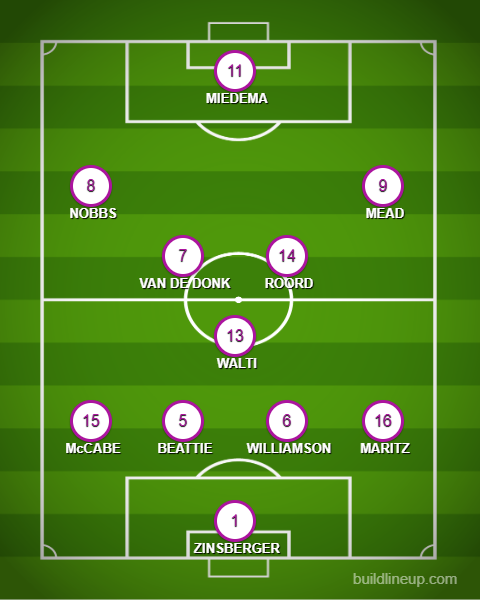 HOW TO CATCH THE GAME
The game kicks off at 2pm on Sunday at Walsall’s Bescot Stadium. It is being shown live on the FA Player app, which is free to download to your phone or tablet.

COMING UP
We will have match reaction from Joe Montemurro on the site after the game, as well as all the usual build-up for the match away at Birmingham next weekend.

Sure would be a nice touch to win out the season.

I was watching highlights of the Netherlands’ 2-1 win over Germany, their first for 21 years. This followed a 6-1 victory against Belgium. I thought our three players looked freer and sharper than they have recently for Arsenal, particularly Daan who scored in both matches. Let’s hope they can carry this form into the rest of the season – win every match and with our better goal difference we beat United to third place. COYG!

Therefore we know there is nothing wrong with the players form so if they play like numpties tomorrow we can only attribute that to the general malaise at the club or the coaching that they are receiving!

Arsenal Women Arsecast Episode 49: Arsenal get a signing over the Lina

Vieira gets his first Arsenal minutes as under-21s beat Swansea