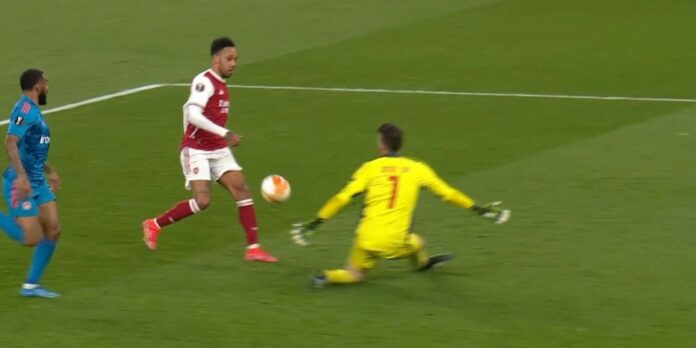 Hey folks, Tim here from 7amkickoff. I’m filling in for Scott who is on vacation. I don’t have access to the same databases and data that Scott does and Scott does a fantastic job with the graphics for this column, so I’m not going to imitate him or pretend I can do a similar job.  We are going “old school” on this post.

Arsenal did enough to win this

the ceballos stats are interesting. he did not have a bad game statistically but he takes such crazy risks all the time in dangerous areas. he just doesn’t seem to have the right mentality. i’ll give him some leeway because he is still pretty young despite looking about 53.

we have a number of guys like this at moment – luiz/xhaka/ceballos/auba/bellerin. all good players on the whole but all liable to making silly mistakes/errors on a regular basis. i won’t be surprised to see most of that group replaced in the summer.

Don’t count on it. Arteta loves Xhaka and Luiz. Ceballos hopefully won’t be back. He’s not terrible but we’re not weaker without him. Not sure about the last 2 granted Auba misses his share of chances and probably others share too

Luiz didn’t have a bad game and definitely adds something with his passing ability, though if they could play together, Mari and Gabriel would be my CB choice

I don’t see MA going with two left-sided CBs. I think Mari panics less than Gabi but Gabi can progress upwards with his skills.

We have beaten some big teams like Pool, Man U, Chelsea, Leicester, etc (no Spuds are not a big team) but our confidence is brittle. We need to improve on it more than anything else to win the EL.

I suspect if we were chasing the game in either of those situations we might have scored. However, it’s the panic that set in, in both the occasions. I can
picture us scoring early then struggling with should we stick or twist and doing neither.

And under the heading of “I didn’t think this could possibly get any better, but it did” – Spurms’ back-up keeper Joe Hart’s media team misread the result as a Spurms win, and posted a “Job done” picture on all his social media. Hart has deleted the posts and issued an apology.

A lot of people have been unnecessarily doom and gloom about the game.
My takeaways – We dominated and should have won, but missed our chances. Our players were tired after the NLD. Ceballos is talented but not secure. They kicked lumps out of us.
At the same time we never looked like going out, and that’s ultimately what mattered.

I agree; I understand the comments of Leno and Arteta about how bad we were. But, no matter how many times you tell yourself “play the second leg like it’s nil-nil to begin,” it’s very hard not to think “if we stop them from scoring three, which they show absolutely no signs of doing, we go through”. We know this is the wrong mentality, that sometimes it will cost you. But, as it actually happened, we were never in any danger of not going through.

Let’s play better against West Ham and not worry too much about this.

Infinity- amount of people who laughed when sp*rs got eliminated

Checked the stats on FBref and there are some discrepancies. I wish I’d waited until I got the FBref data to write this.

I’d like to see Elnenys stats, he looked to me like he had a really poor game in terms of keeping possession, especially since his passing % stats are normally pretty high