THE LOWDOWN
Arsenal face Gillingham in the FA Cup 4th Round at Meadow Park on Sunday afternoon. The competition is starting late this year due to covid restrictions, which meant most of the competing clubs were not allowed to train or play during the winter months. The 5th round will take place on May 16th and the winners of this tie will play at home to London Bees or Crystal Palace.

The quarter-final onwards will take place early next season when, of course, Arsenal will be under new management. The Gills were not permitted to play or train for more than three months until their second round tie with Crawley Wasps in early April. That, of course, makes them difficult for Arsenal to scout but, in truth, given the difference in quality and professionalism between the teams, Arsenal ought to win this game comfortably.

Arsenal have not won the FA Cup since 2016 and, unfortunately, it’s the one domestic trophy that will evade Joe Montemurro before he leaves the club. The Gunners still comfortably hold the record for the most FA Cup triumphs with 14. There is likely to be some rotation to the squad for this match with many players taking part in the recent international fixtures.

A WORD FROM THE COACH
“We have a little bit of evidence that they often play with a back five but obviously we don’t know yet whether that will be a back five that sits in, or whether it will be a back three with the wider defenders pushing out. We will find out in the first ten minutes of the game and that will be key to understanding their approach and we want to respect them and to control the game.”

TEAM NEWS
Jen Beattie (hamstring) and Lisa Evans (achilles) will still be missing for this game, while Noelle Maritz (shin) will be given a further week to recover from a heavily bruised shin picked up on international duty. Steph Catley is in full training after hamstring surgery but Joe Montemurro says she will be given another week before she is ready to play.

Malin Gut and Lia Wälti will be in the squad but won’t start the game after playing 120 minutes for Switzerland on Tuesday evening. Jordan Nobbs and Leah Williamson weren’t in the training pictures released on Friday, so could be rested too (though the Swiss players were given a day’s recovery on Friday, so Nobbs and Williamson might well have done the same). Viki Schnaderbeck (knee) is still not back in full training, while Fran Stenson (thumb) is out.

LAST TIME OUT
Arsenal played the Gills in the FA Cup 5th Round back in 2014 and two second half goals from Kelly Smith were enough for a 2-0 victory at Meadow Park that day, a certain Leah Williamson also made her first start for the club that afternoon. For those in search of omens, the Gunners went on to lift the cup that season with a departing coach. The men also defeated Gillingham at home en route to winning the 2002 FA Cup.

THE OPPOSITION
The Gills play in the Women’s National League South, in the third tier of the women’s football pyramid in England. Like many sides at that level, the Gills have been through an arduous time during covid. They only managed to play seven league games this season before their season was suspended in October. They didn’t play or train again until the FA Cup resumed in April.

Last summer, the men’s club decided to discontinue their support for the women’s team citing the economic impact of covid. As a result, Gillingham Women FC are now an independent enterprise. They struggled to adjust to life without that resource, losing five of their seven league games prior to the league’s suspension.

However, they have found cheer in the cup, beating Crawley Wasps 3-2 in the second round before beating Cheltenham Town after extra time in the third round last weekend. Gills striker Otesha Charles, who runs a salon in Peckham, told BBC Sport, “It’s also the best way to test yourself – Arsenal’s players are among some of the best out there. I aspire to be just like players such as Vivianne Miedema and hopefully they don’t rest her and we can have the full Arsenal experience.”

PLAYER TO WATCH
Leonie Maier has found appearances difficult to come by for Arsenal this season and has been utilised mainly as a reserve. However, she played very well as an inverted left-back in the victory over Bristol City and played the full 180 minutes for Germany during the international break, she even took the captain’s armband during the second half of their victory over Australia. 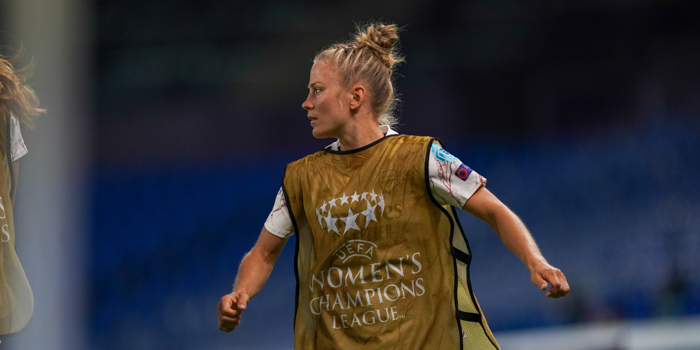 Maier is a very highly rated talent but the Arsenal move hasn’t really worked out for her in the way many hoped. The German will almost certainly get another chance to impress against Gillingham playing at either right-back or left-back, where she is also adept at tucking into midfield and creating extra presence in the middle of the park. 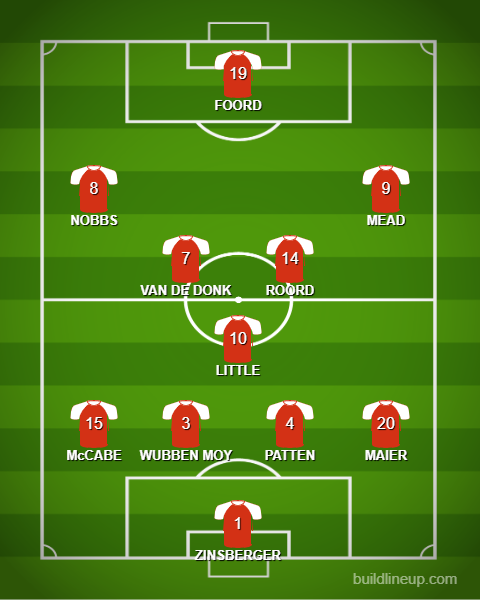 HOW TO CATCH THE GAME
The match kicks off at 2pm at Meadow Park on Sunday, the game will be played behind closed doors but will be streamed live to digital members on Arsenal.com, with build-up beginning at 1.35pm.

Previous articleArteta: No excuses, Pepe has everything he needs to succeed
Next articleAubameyang and Odegaard to miss Fulham game

Looks like Joe will be starting his new job on May 17th , Melbourne V sacked the manager and club needs a rebuild , 3 year project, not many coaching gigs down under , so he is an ideal candidate
PS all the best in the cup