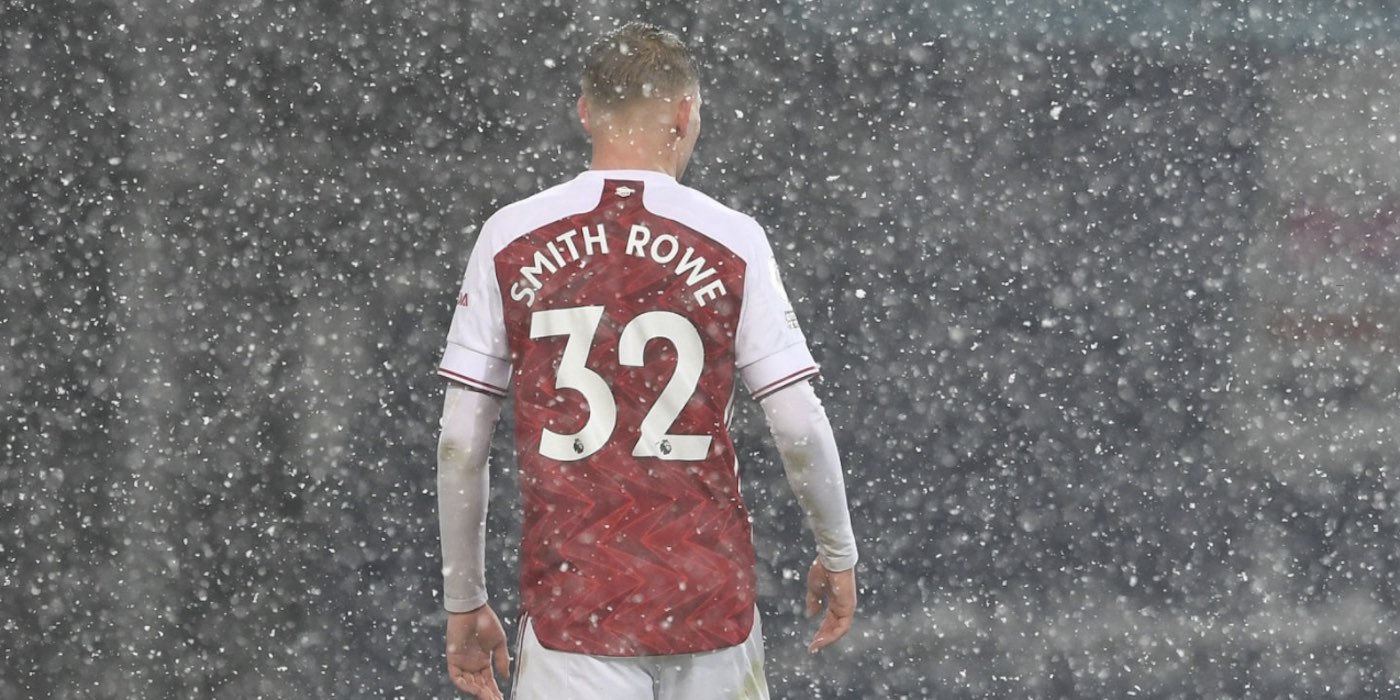 Arsenal will be without Emile Smith Rowe and Pierre-Emerick Aubameyang for tomorrow’s trip to Sheffield United.

The former was already a doubt because of an ankle injury picked up in the 1-1 draw with Slavia Prague on Thursday, and according to David Ornstein this evening, the captain will miss out because of flu.

How much of this is precautionary, with a huge second leg to come on Thursday, remains to be seen.

Smith Rowe picked up the knock midway through the first half but played on, while Aubameyang’s 13 minute cameo saw him play the pass for Nicolas Pepe to score.

While the Europa League is the most important, it’s still important for Mikel Arteta to get his team back on track at Bramall Lane, and we’ll just wait and see who starts up front, with Alexandre Lacazette, Eddie Nketiah, and Folarin Balogun – reportedly set to sign a new contract – all options in the absence of the skipper.

Not sure about options. I’d be gobsmacked if anybody other than Laca started. Fingers crossed for a promising youngster though!

If anything, we’ll need to find a replacement left wingback with Auba out…

Willian is your guy 😀

Yeah, but it’s not November 5th.

i’d actually play the flops from Thursday again and give the proper players half an hour at the end.. Exactly the same, how ironic. That front 3 of Auba Pepe and Gabi need to be fit and firing next week.
I don’t want to see Willian get on the plane, so let him enjoy Brammal Lane.

As much as it sucks being without ESR, Ödegaard and Tierney I just hope we don’t play like the last couple of games tomorrow. Even if we lose, please play with heart and conviction and put some pride behind the badge you’re wearing.

Would be interesting to see Balogun, think Lacazette will play some part on Thursday so starting him on the bench would make sense – logically that’d mean Eddie up top but think his game isn’t suited to battling 3 CB’s so be a good chance to see what Balogun can do for a good hour against opponents desperate for points

You don’t recover from flu in 4 days.

i am waiting for the sore back and fortnite stories now…

It’s a ‘prefer to stay at home in the warm playing FIFA’ bug.

From here in the states, it seems like premier league players are often described in the English press as having “flu”. I have assumed it normally means a common cold (or as an excuse for benching a player). Actual flu is fortunately not nearly as common – especially if one gets the vaccine which I hope all our players do – and a [email protected] of a lot worse than a cold.

Another game for Arteta to throw. Really, when he is going to be held accountable? Losing 12 games in a season should never be a normal thing for Arsenal. As for Auba’s “flu” call me sceptical.

With all these social distancing measures it should reduce the likelihood of catching flu. So he either isn’t following protocol (perhaps when he got those ratty looking extensions) or Arteta has indeed had a falling out with him as the rumours say.

Take a second to breath and think, what’s more likely: football player catches a bug, or there is a conspiracy (which incidentally matches the shit you might read in a tabloid)?

Match hasn’t even started and you’ve decided we’ve lost it, that Arteta should be criticised for throwing it, and got catty about another person’s hair style😂

Inept manager named Arteta drops one of his best players whom he can’t ‘manage’ properly…?

No, that’s never happened before, has it…….

I’ll see you tomorrow. We ain’t beating Sheffield. This team is a joke and the manager the punchline.

Next season it’ll be Partey. The following season, Saka.

And all the while, Willian will be stinking the place out on an assuredly regular basis….

Aubameyang has flu to where exactly?

Somewhere with a better vibe than London Colney.

The options are endless…..

That’s Auba out for Thursday also

That could be a blessing with his finishing and form.

Where have we seen this script before?…

And the common denominator is…..

Auba has the flu like Ozil had a back ache.

And the rest of the football world’s sides ache.

A start for Balogun?!

I’d be surprised if we see Balogun in a matchday squad until he literally signs the new contract.

Or even after. Arteta seems to have specific player types he likes i.e. Nketiah vs Marinelli. Let’s hope Balogun has as many chances Nketiah had…

Willian will play though.

Proper flu is hardcore. Will take weeks to recover from.
Won’t be seeing Auba for a while…unless of course it is bullshit.

Timorous Me
Reply to  matt keeler

“Flu” is just shorthand in the sports world for a bug or virus, sometimes involving bowel movements and vomiting. Rarely is it actually influenza.

Wasn’t Xhaka just ill last weekend, forcing him to miss the Liverpool game? I wouldn’t get too concerned about it just yet; it’s just important to know (it seems) that it isn’t Covid.

I have to say, I miss the old days when “flu” just meant too hungover to play.

It’s bullshit barely anyone has had flu this year because of increased hygiene from the pandemic. Pr for disciplinary problems and judging by auba turning up late to games I don’t know if he even deserves to start games. Unacceptable attitude from a captain.

I think it may be a particular strain called “diplomatic ‘flu”.

I go for option B

Oh well. The Auba haters have got their wish…

Auba no more than a well paid Eddie this season anyway

The good news with our struggles is that it’s the future of the team that is performing, Saka, Emil, hopefully Odegaard will be with us and Pepe is not far from becoming a key player.not to forget Tierney,who I would be careful with using when back, let’s allow him to heal properly, he has a euro coming up, if we over play him + EC in th e summer he faces high risk of injury prone next season. Hopefully Martinelli will soon get to shine more as well, and in the summer we get rid senior players who don’t have… Read more »

Maybe all the negativity is turning people off?

Point to ponder…. take any of the managers who coach teams below Arsenal in the current league table, place them as the Arsenal manager from the start of the season…… do you think Arsenal would be higher or lower in the standings???
I strongly believe we woul be in a much stronger position.
Any views???

Thank God we won to