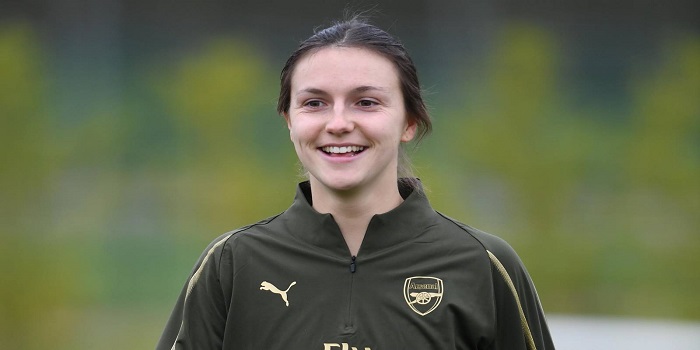 Arsenal defender Lotte Wubben-Moy has been voted the Barclays WSL player of the month for March. Lotte was nominated alongside Fran Kirby, Lauren Hemp, Hayley Raso and Charlie Wellings.

Wubben-Moy is the second Arsenal player to win the league’s Player of the Month gong after Vivianne Miedema won the award in October. Lotte was a mainstay of an Arsenal defence that kept a clean sheet in all three of their league games in March, winning all of their fixtures against Birmingham City, Manchester United and Tottenham Hotspur.

Lotte scored the crucial second goal in the 2-0 victory at home to Manchester United. The 22-year old was born in Bow and comes from a family of Arsenal fans, she came through the Arsenal academy, making her first team debut at the age of 17 before spending three years on a scholarship in North Carolina. Lotte returned to her childhood club last summer at the conclusion of her studies Stateside.

Good to see. Defenders don’t always get the credit they deserve.