THE LOWDOWN
Arsenal Women play Crystal Palace at Meadow Park in the FA Cup 5th Round in what will be the final game of the season and, of course, Joe Montemurro’s final game in charge of Arsenal. The cup will be finished next season so Montemurro will not get the opportunity to win the only domestic trophy that has evaded him during his tenure.

The Australian leaves after three and a half years in charge and, really, his team ought to make relatively short work of Championship side Crystal Palace. Maybe not to the extent that they made short work of Gillingham in the last round when they won 10-0 but it should be a comfortable victory and a progression to the next round.

https://t.co/unNK6YONat exclusive! I looked back with Joe Montemurro over his three and a half years at AWFC through the prism of five key games. The foundations, bringing the belief back, the trophies, the injuries, processing the disappointments and looking to the future. #AWFC

Montemurro joined the Gunners in November 2017 and quickly won the Conti Cup in March 2018 followed by a memorable league title winning campaign in 2018-19. The Gunners lost the 2019 Conti Cup final on penalties, the 2020 Conti Cup Final to a stoppage time Chelsea winner and the 2018 FA Cup Final to Chelsea at Wembley during that time.

The new manager should be in place before the end of the month with a shortlist of three being constructed next week. For now, for most spectators, the day will be about the manager who decided to step down at the end of the season in March. “I’ve questioned many times whether I am making the right decision,” Joe told Arseblog News this week. “But I know in my gut that my cycle is done and the team needs someone else to take them to the next step. It’s hard to explain but I knew then and I know now that the time has come.”

A WORD FROM THE COACH
I asked Joe Montemurro about the recent spate of managerial resignations in the WSL, he will be joined by Carla Ward (Birmingham), Gemma Davis (Aston Villa) and Casey Stoney (Manchester United) who all resigned from their positions this week. “I’m starting a new team, I’m bringing some of these coaches out of retirement!” Joe quipped.

“I think a lot of us have found it more difficult this year, especially being away from family. All of them are really great coaches and I think this shows you the growth of the game. There is a big spotlight on the WSL now and on the coaches. I wouldn’t be surprised if some of these coaches haven’t been touted by top European and American clubs.

“I think there is something about the pressures of managing with covid this year but I also think there is more focus on the WSL and the quality of coaches has really gone up in the last 2-3 years so I wouldn’t be surprised if a lot of them go on to bigger and better things.”

TEAM NEWS
Arsenal will be without Malin Gut, who ruptured her anterior cruciate ligament in training this week. The Gunners will also be without Jen Beattie, who underwent surgery on a long-standing back injury earlier this week, Lisa Evans (achilles), Viki Schnaderbeck (knee) and Fran Stenson (thumb) will be out. Jill Roord will play her final match as an Arsenal player, as will a couple of other players expected to leave this summer.

LAST TIME OUT
Arsenal last played the Eagles back in 2009 in the London County Cup semi-final. The Gunners ran out 7-0 winners on that occasion with a hat-trick from Helen Lander (now Helen Ward), a brace from Suzanne Grant and goals from Gilly Flaherty and Kim Little. I wonder what happened to Kim Little?

THE OPPOSITION
Crystal Palace currently play in the WSL Championship where Dean Davenport’s side finished in 7th place this season. Arsenal academy players Grace Garrard and Gracie Pearse are currently on loan at the Eagles. In 2018, current Palace player Wilfried Zaha made a sizeable financial contribution to the women’s team out of his own pocket after he signed a new contract with the club.

The results are in and we are proud to announce that the CPFCW Goal of the Season goes to @KateNatkiel for her fantastic volley in our win against Coventry United 🎉🎉🎉 Congratulations to Kate and thanks to everyone for voting! #CPFC @CPFC @cpfc_w pic.twitter.com/mSfdcrwOIC

Palace qualified for Round Five with a convincing 3-0 home win over London Bees, who have been relegated from the Championship. In their most recent game, the final match of the Championship season, they beat Lewes 2-1 at home thanks to goals from Amber Gaylor and a late winner from Lizzie Waldie.

PLAYER TO WATCH
After playing for 45 minutes against Aston Villa last week, Steph Catley could be in line to start the game at left-back- opening up the opportunity to potentially play Katie McCabe higher up the pitch. McCabe’s form has reduced the impact of Catley’s injury but the Australian is considered one of the finest in the world in her position- she was strongly courted by Lyon last summer before choosing Arsenal. 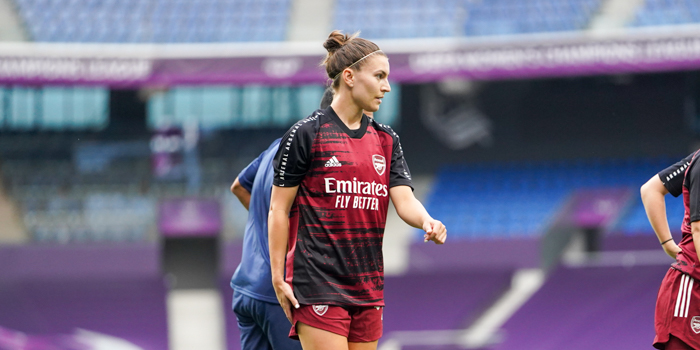 While other clubs made more headlines by signing attackers (usually English or American) Catley was Arsenal’s elite level signing- the capture didn’t grab the imagination of a lot of the press because she is a full-back but she is a genuine world star who Arsenal have been denied due to injury this season. Steph is likely to play for the Matildas at this summer’s Olympics in Tokyo. 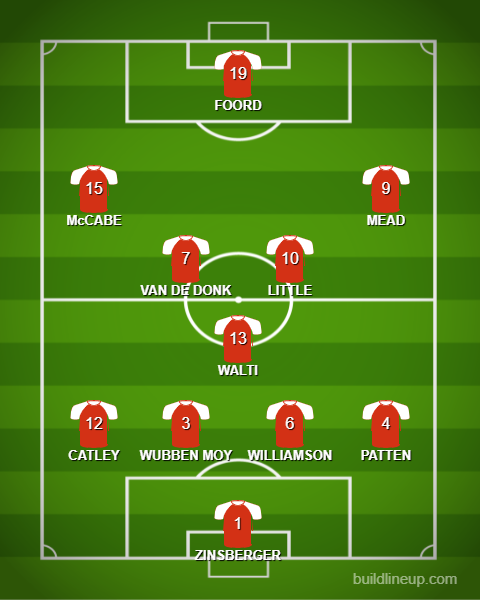 HOW TO CATCH THE GAME
The game kicks off at 3pm at Meadow Park on Sunday and will be streamed live on Arsenal.com and Arsenal’s Twitch channel.

COMING UP
We will keep the content coming during the summer, including news on signings, departures, contracts and all the rest. We will have a new episode of the Arsenal Women Arsecast next week in which we talk to journalist and broadcaster for the BBC Chris Slegg about his and Patricia Gregory’s new book ‘The History of the Women’s FA Cup Final.’

Thank you for your work, hopefully we see a good send off for the season.