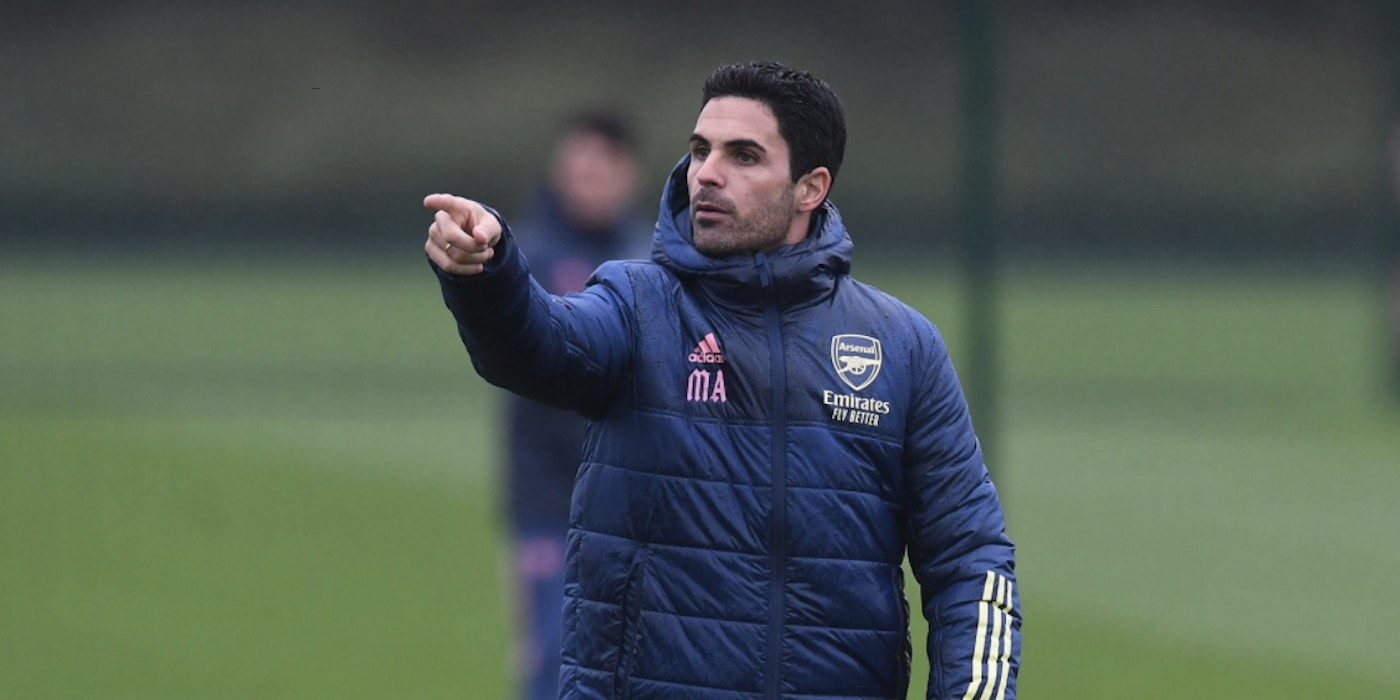 Mikel Arteta has confirmed that David Luiz will miss tomorrow’s clash against Chelsea.

After weeks sidelined by a knee injury, the Brazilian suffered a hamstring injury on his comeback at Newcastle and a timeline for his return has been vague at best.

“The situation with David [Luiz] is that he is not yet recovered, we will see how he does in the next few weeks,” said Arteta on Tuesday.

Given the season only runs for a few more games, Luiz faces a race against time to play for the club before we make a final decision on whether to extend his contract for another year.

In terms of who else might be available at Stamford Bridge, it appears there are question marks over a number of players.

“The rest are still in contention but we will have to see today how they come,” said Arteta.

He added: “We have to see today, there were some issues over the weekend again. We are playing every three days and there is no time to train yet, today is the first day so we will have to wait and see. Yes [there were] some injuries, yes.”

One of those is thought to be Emile Smith Rowe who came off against West Brom with a suspected hamstring problem.

Arsenal can still qualify for the inaugural Europa Conference League but the situation is out of our hands. We’re currently ninth in the table and need to finish seventh. Realistically, we’re staring down the barrel of a first season without European football since 1996.

On what he wants from the final three games of the season, Arteta said: “I think it is the pride in the shirt that we wear, and that we want to win.

“Winning is going to put us in a much better position in the table, which is going to make us…the chance to finish where is mathematically possible, but it doesn’t depend on us at the moment.”

The Gunners face a stiff challenge tomorrow. Not only has Thomas Tuchel taken the Blues to the final of the FA Cup and Champions League, he’s also got his players focused on qualification for the Champions League. While the German is likely to rotate some of his squad ahead of the weekend’s trip to Wembley, he knows he can’t afford for a slip up in the league.

“Probably they’ve been the best team in the league in the last few months,” said Arteta.

“What Thomas has been able to do since he arrived has been exceptional.

“He put the team in two finals, the way the team is looking, how solid they are defensively as well, how composed and regular they have been in their performance has been excellent.”

Arsenal haven’t won in the Premier League at Stamford Bridge since we beat the Blues 5-3 in October 2011. We’ve lost six and drawn two since. On the plus side, we’re unbeaten in five Premier League away games, winning three and drawing twice.

Most likely Chelsea will rest a few key players for the FA Cup final, so we might have a chance. The last win against Chelsea was the highlight of the season for me. Laca, Xhaka, and that Saka goal!!!

May be optimistic .. they still need to tie off their CL qualification. They won’t want to rely on beating City. If anything Tuchel may prioritise this game over the Cup final.

Do we really want to finish 7th though and face trips to ArseEndOfNoWhere FC?

Totally agree, Arsenal should not be playing in UEFA League 3. But at the same time, I want that as a punishment to our players.

That’s the way I see it. Beating Chelsea and pipping the shit are exactly what it means to “have pride in the shirt”.

On that note, that should be the rallying cry at the beginning of the season and every match to follow, but if we’re there now it’s better than not being there, I suppose.

Would ArseEndOfNowhere FC consider a loan deal for Willian?

No, but I hear that FC Güllible are interested.

If Arteta had any pride…”in the shirt” or anything else for that matter he would have resigned after the cup loss last Thursday…Unfortunately his decision to continue undaunted by his own shortcomings means that we will also have to effectively write off next season as well.

He won’t resign and is unlikely to go. Why bang on about what is, in effect, very probably a lost cause?

His realistic opinion of this season is just as worthy of mention as your ‘life is a Cabaret, old chum’ nigh-acceptance of this team’s mediocrity.

How do you know he won’t be sacked at the end of the season? He is the only one saying the owners are backing him. Why aren’t Josh or Vinai saying that?

I don’t. I said he’s unlikely to go – which, in my opinion, it is. I guess there’s one sure way of finding out and that’s to wait and see.

Remember Balogun’s contract, he was damn certain it will be done at a point.
When Arteta speaks with that amount of certainty, he knows something we all don’t.
You won’t hear from Vinai or Josh: they have spoken already…through Arteta.

D’you think anyone’s actually been to Rwanda on holiday? I saw a film once about a hotel over there. I’ll be honest, it didn’t have me skipping to the travel agent.

As an African, may I say that it serves you ill to (try to) make a joke of the genocide of more than a million innocent people.

Im also africian and i found it quite funny.
so dont come on here with the as an africian talk like you speak for all africans

Brother – if you actually read my words, I said ‘as an African, may I say’, NOT ‘I speak for Africans’ and certainly not ‘I speak for all Africans’.
I’d venture to suggest you’ve not lost anyone close to you to the kind of senseless, horrific violence that plagued Rwanda.
And that specific film was anything but funny, nor was it ever meant to be – 4 Hats comment demeaned both the film’s message and, by extension, the people who were so terribly affected by the events it portrayed.
Enough said.

Im not your’ brother’ and you know nothing about who and how i have lost people close to me so i venture you keep your suggestions to yourself.
He didnt say the film was funny or that it was meant to be. If you cant take a joke move past the comment and save us your moral posturing.

Oh give it a rest FFS.

Johnny was just having a laugh.

Talk about try and nit pick something to take offence at.

I don’t know of anyone. In any case, I suspect that not many Gooners have gone there so a potential boycott suggested by some fans isn’t likely to be a hammer blow to Stan. I may be wrong though.

Rwanda is a very beautiful country that is trying to move on from a troubled past. I believe that tourism had grown as a result of the Arsenal sleeve sponsorship before Covid closed everything down. If anyone has the money for a trip there I would say go for it, I’m sure they’d have a fantastic time.

Absolutely ! A small african country doing pretty well. The only problem is our fellow Arsenal fan who is ruling them by jailing political opponents or them being mysteriously killed.

Brings me back to the “as an African” bit as used above. Firstly I believe football and politics shouldn’t be mixed because it opens a can of worms nobody can close. Secondly as an African I find it odd how it is always acceptable or considered fine to point a finger at our politics/politicians, human rights violations and all and it’s all fine. Soon as someone points a finger back then we quickly enter the “don’t mix football with politics” mode or “political discussions can’t be tolerated on this site ” mode. Now I wouldn’t want to discuss politics much… Read more »

Maybe Pépé too will score again and they will celebrate cowardly.

You mean own goal.

I just find his interviews horrifically irritating now. “Pride in the shirt”, my foot!

Europa Conference what? Are you kidding?

Is anyone else questioning why we are evening talking about David Luiz playing or not? With three games remaining I honestly cannot fathom why he has not just been shut down for the season. We have nothing to play for except pride and opportunity for youngsters…!?

It doesnt make sense, unless we are offering Luiz a contract extension. What is even more confusing is playing Ceballos.

No more baffling than many of MAs selections.

The season is pretty much over. Let’s have som fun: Attack all guns blazing!

Heh. With this guy in charge?

If he pushed a slinky down a set of stairs it would cut back up on itself every fourth or fifth step.